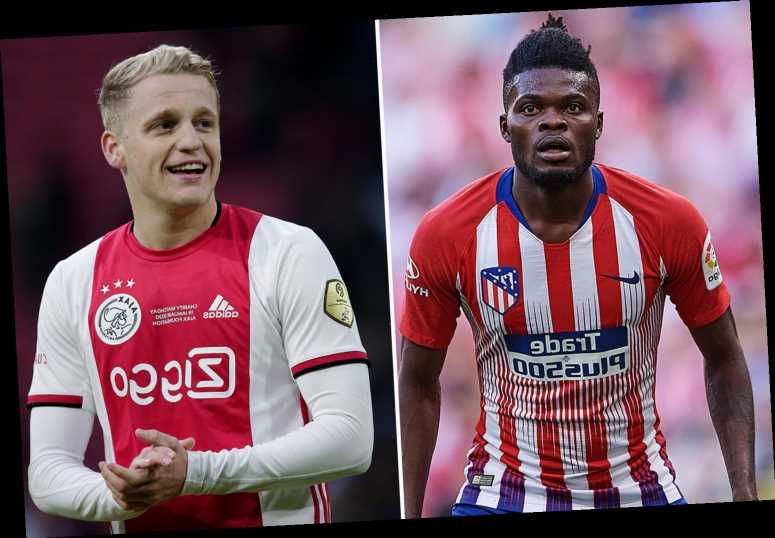 THE last seven days have certainly taken Arsenal fans through a wringer of emotions.

From the highs of beating "the best two sides in Europe", reaching an FA Cup Final, to losing to one of the worst teams in the Premier League.

It is easy to get angry but the results reveal a lot about the nature of the current squad and what our young coach needs to do in the next transfer window.

When able to play on the counter against equal or better teams, with an organised defence and a pacey attack Mikel Arteta’s team has progressed and can more than compete.

However, faced with an inferior side but playing with a disciplined well organised deep defensive line, his team struggle to break down the likes of Villa.

This is down to a lack of passing creativity and not having a player in the middle capable of beating a man to break the lines with a dribble or a trick.

The issue is exacerbated at the moment as Arteta feels he need to play with three central defenders and wingbacks which leaves the team one light in the middle.

After lockdown, Arteta resumed the league campaign with a 4-3-3 formation, discarding the 4-2-3-1 and with it Mesut Ozil as our chief creator.

The Spaniard has moved to 3-4-3 of late as our lack of quality with only two centre backs was leaving us exposed.

But I sense he would like to return to the three man midfield as soon as he feels he has the right personnel.

If we assume Arteta, with William Saliba, Pablo Mari and perhaps one other addition can resume next season with a back four, what are the key ingredients he needs to make his preferred three-man midfield work?

Football is a simple game and while we would all love to see three perfect players who can fulfill all roles, the Vieiras and Keanes of this world are a rarity.

So I believe in a 4-3-3, like the one successfully deployed by the champions Liverpool.

Two central midfielders are deeper, one game reader, interceptor, tackler, to break up play and one more progressive man with better passing ability.

The third central midfielder might be more box to box, and a link to the front players.

The latter ideally should have good passing vision but also the ability to beat a man and break defensive lines as an alternative.

It is the latter Arsenal do not have.

Other than asking 18-year-old Saka to assume responsibility which is unfair on someone so young.

Emile Smith-Rowe may be an option but that would be huge pressure on him in what might be his first full Premier League campaign.

Although both are integral at the moment, Granit Xhaka and Dani Ceballos are too similar.

Both fit the bill of the deep lying passer, although the young Spaniard’s recent break up play has been exemplary.

It is why I think Arteta is keen on Thomas Partey to play alongside one of them.

He adds athleticism and physicality to the defensive midfield we have lacked for years.

However, with Matteo Guendouzi likely to be sold and Lucas Torreira lacking the creative attributes it is the progressive No8 that is the key signing.

Someone in the mould of Fabregas before he left us, but who fits the bill and is realistically within Arsenal’s limited budget?

It would be wonderful to say Jack Grealish but I fear Villa’s talisman is out of reach.

Feyenoord’s Orkun Kochu seemed the ideal candidate, but he has signed a new deal in Holland.

But fellow Dutchman Donny van de Beek would be perfect and perhaps in our price range.

That deal has potential as I don't think Manchester United – who have also been linked – could offer him a starting XI spot with Paul Pogba about to sign a new deal and Bruno Fernandes' immediate impact.

Failing that, if Brentford do not get promoted I would love to see if Said Benrahma could operate more centrally.

He would be hungry and at 24 will be desperate to prove his worth on the big stage.