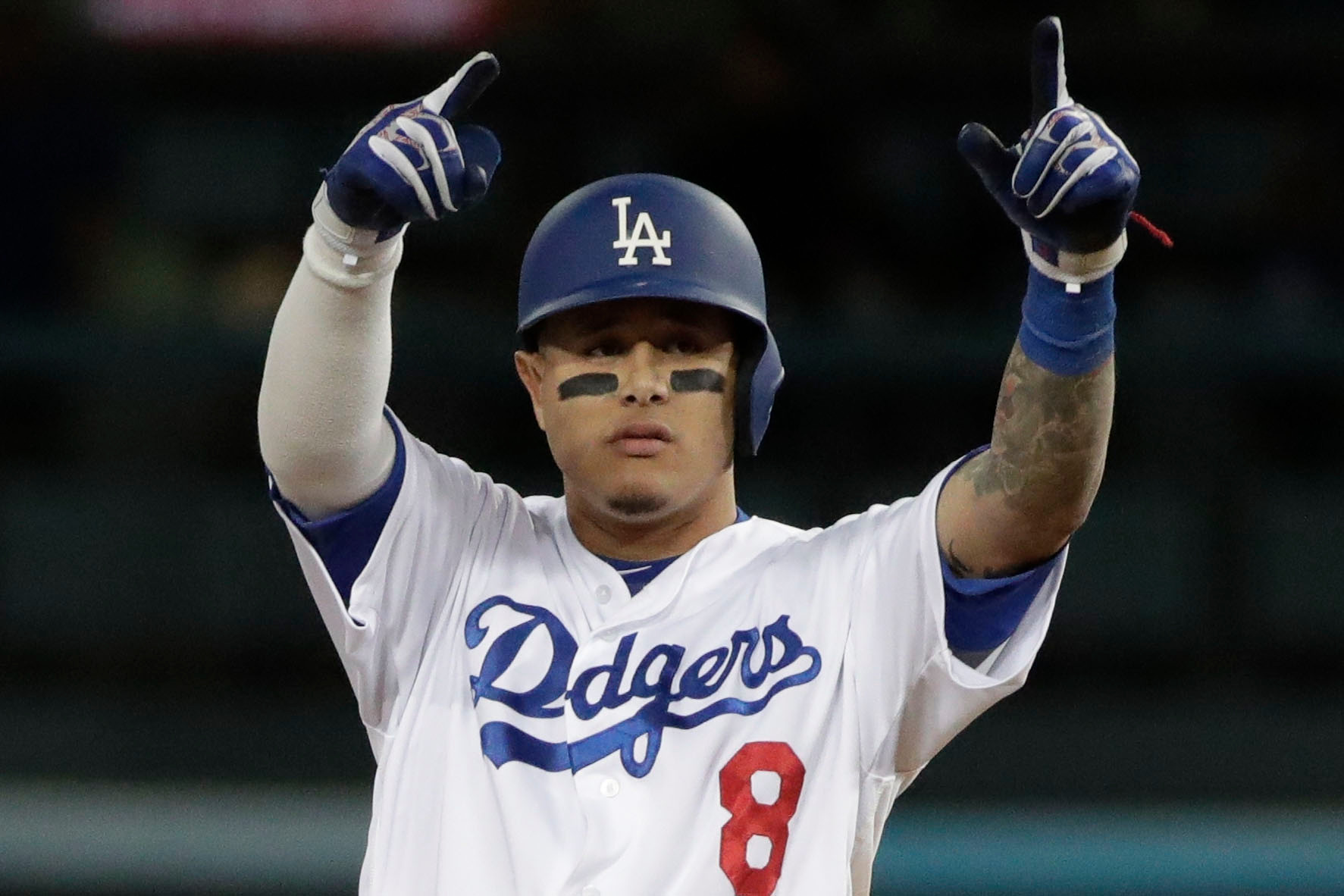 The Dodgers have a shortstop returning from Tommy John surgery in Corey Seager and a third baseman in Justin Turner who could, in theory, move across to first base — or maybe even Seager could do that.

Yet the Dodgers — who sank under the luxury-tax threshold last year to reset the percentage they would pay moving forward — have not pursued Manny Machado at all.

The Yankees have a shortstop mending from Tommy John surgery in Didi Gregorius and a third baseman in Miguel Andujar who could, in theory, move across to first base.

The Yankees also went under the luxury-tax threshold last year, with the belief that would make them more viable to chase a significant free agent such as Machado. And they hosted the star infielder on Wednesday as perhaps a prelude to a strong attempt to sign him.

So why is the mega-market team that knows him better not chasing Machado while its East Coast counterpart is?

Seager, as opposed to Gregorius, is expected to be fully ready to begin the season. Turner, unlike Andujar, is a good defender. And, yes, part of it is that Machado’s behavior in the Dodgers uniform in October — in misdeeds and words — turned them off, at least somewhat.

So why are the Yankees involved?

It is a good question. The obvious answer is, great players should make a team better, and Machado is a star in his prime. But every decision — especially of this magnitude — has ripple effects. Is spending the kind of money/years on Machado the best allocation when the Yankees have Andujar, and Gregorius is supposed to be absent just a few months, and even with the injury, the Yankees have stated a desire to sign Gregorius long term? Is a 2026 roster that will still have both Giancarlo Stanton and Machado enough to scare the Yanks in the present?

Or is that inconsequential to the fact there are five superpower teams, and three of them have won the last three World Series (Cubs, Astros, Red Sox) and a fourth has been in the last two World Series (Dodgers) and the fifth (Yankees) feels compelled to keep up and/or outdo the other members of this elite division?

I wonder if this is particularly true when it comes to further fortifying a lineup. Over the last decade, pretty much every advancement — particularly historic velocity, more precise defensive alignments, greater use of relief pitching and better diagnostics of what pitches delivered in what sequence to what parts of the plate best defuse each individual hitter — has favored pitching/defense.

The counterattack is ongoing, as teams try to devise better ways to decipher and approach pitching and shifts. One way, though, is to attempt to stack lineups with as many high-end offensive players as possible, as the superpowers have done and continue to do.

“Us in 2017, the Red Sox in 2018 and a few others around the league, the depth of the lineup is suffocating,” Astros manager A.J. Hinch said by phone.

“You never know when a run-scoring opportunity is going to present itself, so you want a productive player at the plate when it does. There are so many peaks and valleys over the course of a 162-game season that you are going to need various parts of your lineup to be the best part if you want run-scoring consistency to continue.

“We saw it firsthand [in the ALCS against Boston]. We didn’t get beat by [Mookie] Betts, [J.D.] Martinez and [Xander] Bogaerts. We got beat by [Steve] Pearce and [Jackie] Bradley and the bottom of the order. That is the best example of what teams are trying to do.”

To that end, Houston officially announced its signing Wednesday of Michael Brantley. The Astros are the front-runners to land Nelson Cruz. If the asking price comes down on J.T. Realmuto, perhaps the Astros could land the elite catcher as well, but the Dodgers are perhaps the most likely landing place.

That Houston is spending its available money on bats this offseason should scream about just how much it values these days a deep, versatile group of hitters with worthy bench options. That’s because Houston likely will be down three starters from last year’s team: Lance McCullers after Tommy John surgery, Charlie Morton via free agency to the Rays and likely Dallas Keuchel via free agency, too.

Machado would obviously be a powerful response to whatever the other superpowers do to upgrade offense, though he would make the Yankees even more righty dominant, and his tepid career postseason numbers (notably a dramatic rise in strikeout rate) would offer some pause because of what the Yankees’ ultimate goal is.

But Machado no doubt would lengthen the 162-game lineup, which more than any other factor could explain why the New York-based superpower is at least seriously contemplating a strong effort to sign him.