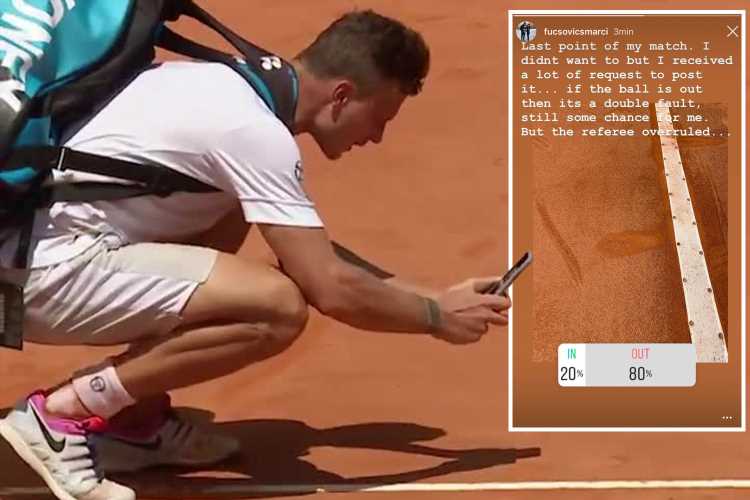 TENNIS ace Marton Fucsovics launched a poll for his fans on Instagram after taking a picture of a dodgy line call that cost him a match at the Rome Masters.

In the run-up to the French Open, the world No37 was facing match point against Nikoloz Basilashvili in Sunday's first-round clash. 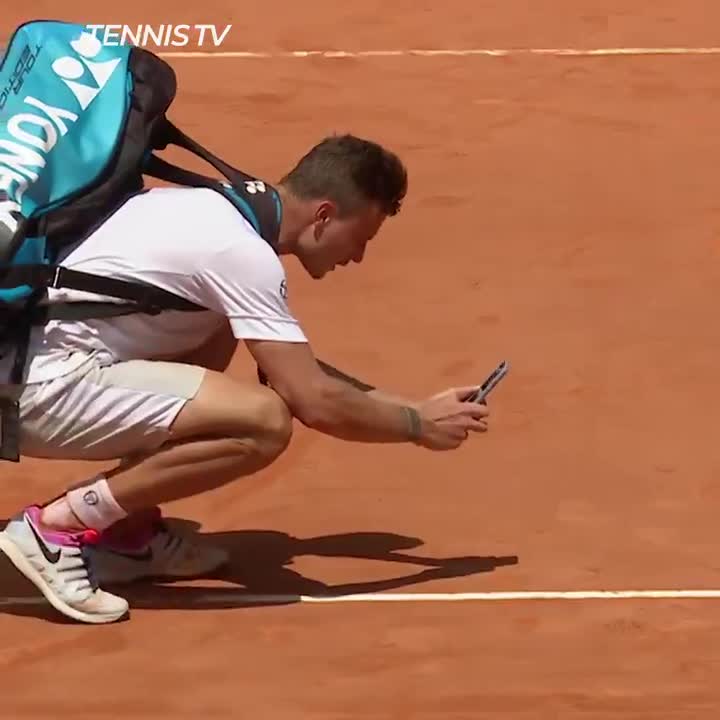 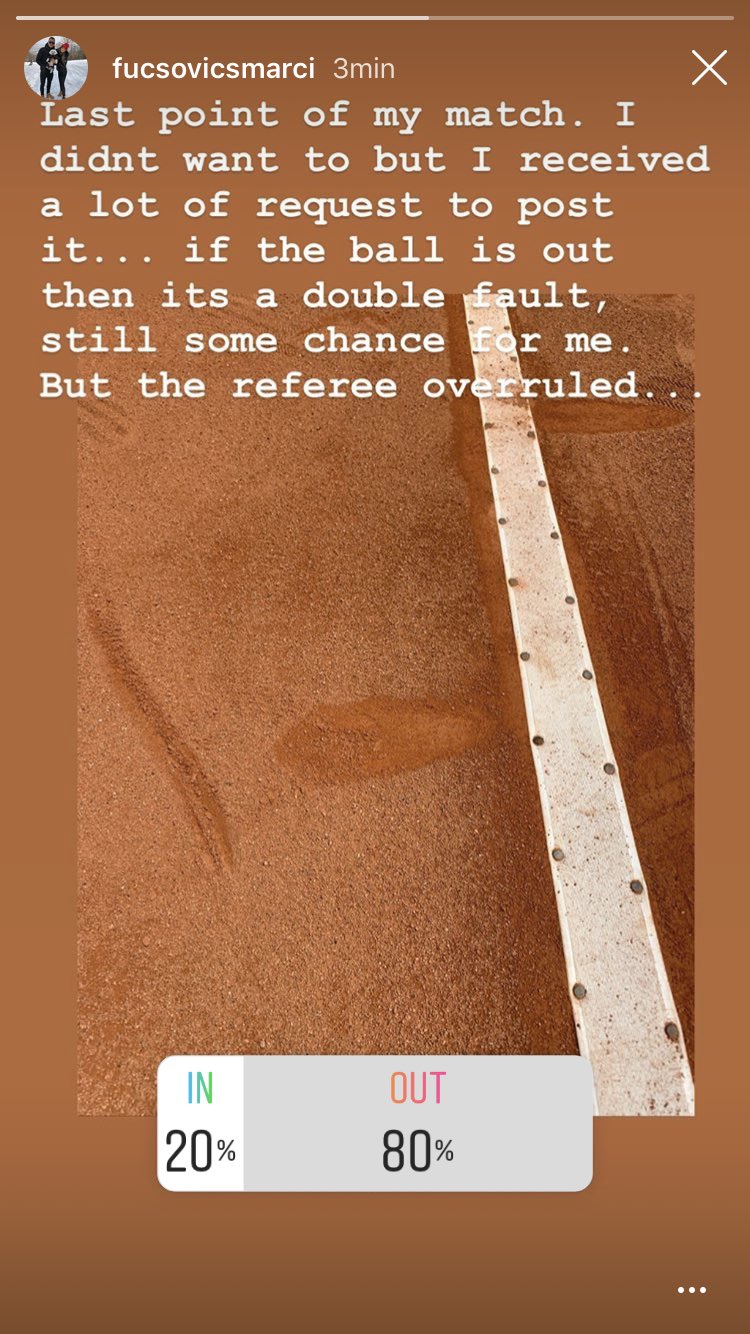 Incredibly, Basilashvili threw away the chance to win by double-faulting – or so he thought.

The line-judge had given the Georgian world No18's second serve out, but the umpire stepped down and observed the clay.

He ordered the point be replayed, won by Basilashvili, with Fucsovics left furious.

The Hungarian, 27, was then seen taking a picture of the very same ball-marking in the clay.

Fucsovics then posted the snap on his Instagram story, clearly showing the ball at least an inch inside the tram-lines.

He captioned the post: "Last point of my match. I didn't want to but I received a lot of requests to post it…

"If the ball is out then it's a double fault, still some chance for me. But the referee overruled."

It was hardly surprising either than 80 per cent of fans to vote on the call believed it to be out.

Meanwhile, Fucsovics fellow tennis stars have flocked to support him, with Canada's Denis Shapovalov tweeting about the drama.

Shapovalov said: "This is brutal in my opinion. We need to have Hawkeye on clay. There has to be a way. What do you guys think."

The Jeremy Kyle Show: Viewers call for major format changes as ITV speak out on aftercare