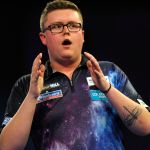 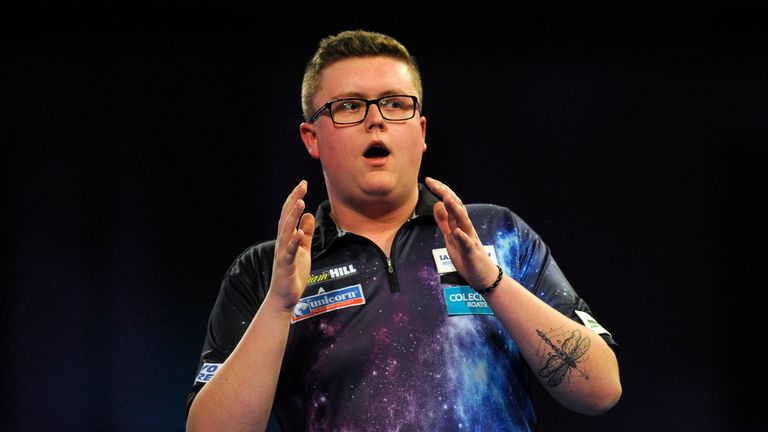 After registering his first World Championship victory, a confident Ted Evetts is making a name for himself and is now targeting the scalp of Adrian Lewis.

Emerging prospect Evetts admits he has never watched 80s kids hit cartoon show ‘Super Ted’ about an anthropomorphic teddy bear with superpowers. However, the 21-year-old may well have been sprinkled by some of that magical cosmic dust which has turned him into a genuine threat at this year’s tournament.

Evetts beat Simon Stevenson in straight sets to go through into the second round on Friday night. The contest was closer than the scoreline suggests, with Evetts making the most of his opponent’s missed opportunities to secure victory with his ninth match dart and set up a tie against two-time world champion Lewis in the second round.

A proud and emotional mother watched his performance as she saw her son become a real life superhero on the Alexandra Palace stage.

“She’s proud of me just for getting here, let alone winning my first match. I spoke to her, but I didn’t get much back because there were more tears in her eyes than anything else,” said Evetts, who was making his second straight World Championship appearance after qualifying via the Development Tour. 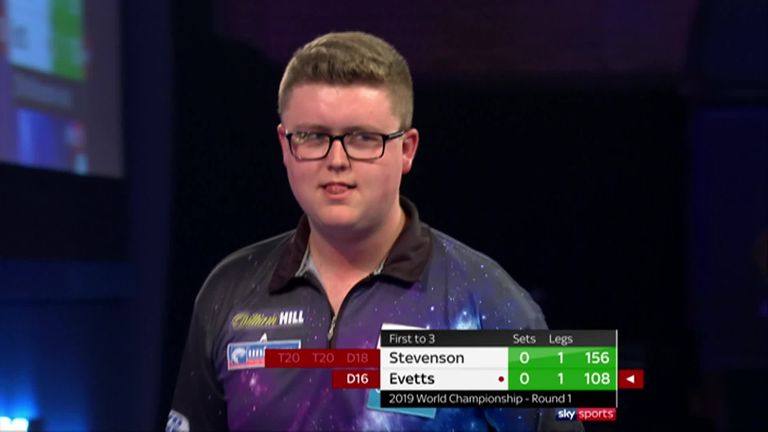 He also finished as runner-up on the Challenge Tour Order of Merit and after successfully registering his first victory at the event, he is not planning on stopping now as he prepares to face ‘Jackpot’ next Thursday night.

“Aidy was one of my favourites growing up. He’s also my great auntie’s favourite player as well, so she will obviously be cheering for him,” an upbeat Evetts revealed.

“There’s always an opportunity for an upset no matter how well you’re playing. One dart can change the whole game, but he is slowly improving his game and getting back to where he was, but I’m really looking forward to it. 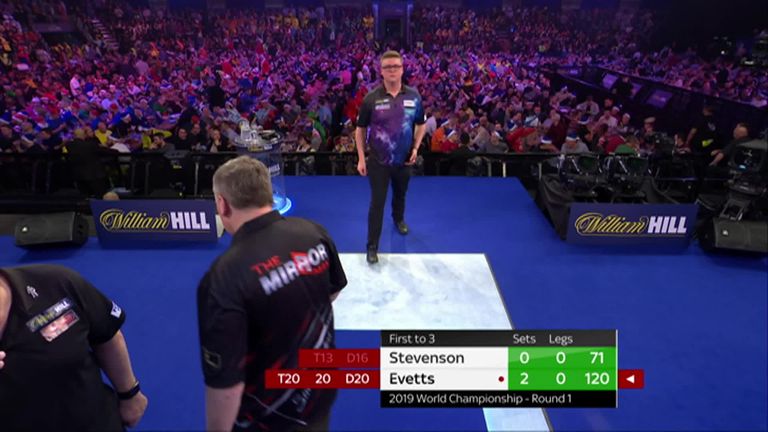 “Everything has got to go up and my averages will go up, but at the moment I’m just taking things round by round to be honest with you.

“This year I’m not going to say that I’m going to go out and win it or anything like that, but there is no reason why I can’t get through another couple of rounds. If I can take out a few more ton-pluses then I’m going to give myself more opportunities.” 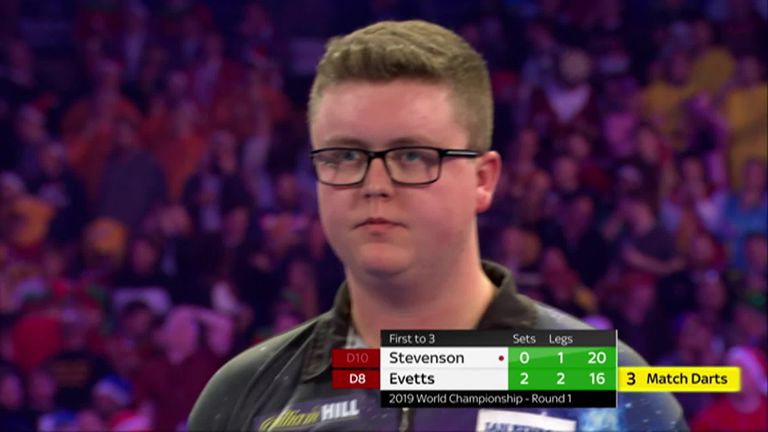 And reflecting on what is to come from Ted Evetts, the youngster replied somewhat tongue in cheek: “Hopefully world number one and knocking Michael van Gerwen off his perch. We will see in time.”

Ladies darting legend Trina Gulliver agrees Evetts is a real prospect and she is not in the least surprised by his confident and brash exterior. 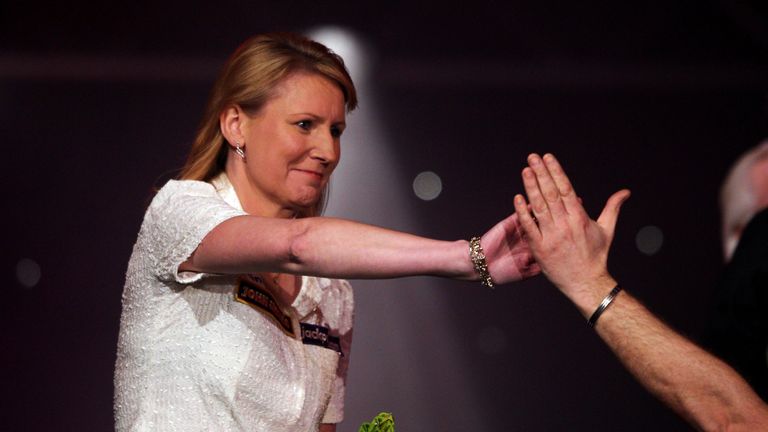 He’s the sort of lad that will strive to achieve becoming world number one. He’s a very positive lad. If he says he’s going to do something then he will go out and do it

“He’s got a great future ahead of him,” said the 10-time Lakeside champion. “He’s only 21 and he’s already achieved so much. He’s got so much experience and he’s a good future prospect.

“Ted is going to have to be confident of taking on Aidy Lewis next even though he’ll have a tough game. He was under a lot of pressure on Friday and the scoreline didn’t reflect the match.”

Ted made his World Championship debut 12 months ago and is a two-time UK Open qualifier who has won twice on both the Challenge and Development Tours in 2018.

Gulliver says an FA Cup-style giant killing could be on the cards with Lewis having struggled on stage in 2018. Other than a runners-up spot at the Gibraltar Darts Trophy, the flamboyant Stoke-on-Trent thrower has failed to find any kind of form.

“He has just got to go full on against Aidy and with Ted having played a match up on the stage already, then it might make all the difference,” she added.

“If Ted brings his A-game to the stage, then he has got a very good chance. He’s the sort of lad that will strive to achieve becoming world number one. He’s a very positive lad. If he says he’s going to do something, then he will go out and do it.”

You can follow every dart from every session of the World Darts Championships on Sky Sports Darts, check out the full schedule here