It sits above staging a home Games three years after World War II, resisting government calls to boycott Moscow 1980 and delivering medals from millions of public pounds in 2012.

There is no Tokyo medal table equivalent for Covid tests but Team GB would be top, administering 20,000 tests in 40 days in Japan with not one single confirmed positive.

“It’s been against all odds and it’s been the miracle of Tokyo,” said Chef de Mission Mark England.

“Our medical team have been absolutely outstanding and we got our athletes safely onto the start line in a highly complex, high risk and challenging environment.

“We were a Delta variant country, there were additional protocols put on us. All the athletes who came through the Olympic Village said what a wonderful level of support they received. We wanted to make Britain proud and we knew one of the ways we could do that was how our athletes respected the local population and they absolutely did that.”

Shooter Amber Hill was the only athlete prevented from competing by Covid-19 after she tested positive before travelling to Japan.

One of the keys to avoiding further issues was a pre-Games preparation camp in Yokohama, which many other countries scrapped for financial and logistical reasons.

That allowed Team GB to run an ‘intense’ closed-loop testing regime, PCR rather than Games-mandated saliva testing, with each and every one observed by staff from local health authorities.

Yokohama wasn’t without scares – six track & field athletes were forced to self-isolate after being pinged on their flight, and special dispensation was sought for them to continue to train.

It emerges there were four ‘false positives’ at the holding camp, with those who tested positive immediately isolated, re-tested and found to be negative.

“Those were heart in the mouth moments because of the track and trace implications,” said British Olympic Association (BOA) chief executive Andy Anson.

“What was incredible was the professionalism and experience shown by the team, not to panic, to isolate immediately and do our tests. Those moments were terrifying but were handled with calmness.”

Once their Covid security became clear, Team GB’s sheer brilliance on the field of play took over.

They won an incredible 65 medals, exactly the same number as London 2012.

They won medals in more different sports than any other nation – again – and delivered handsomely on an informal target of 45 to 70 medals. The list of achievements is as good as endless. 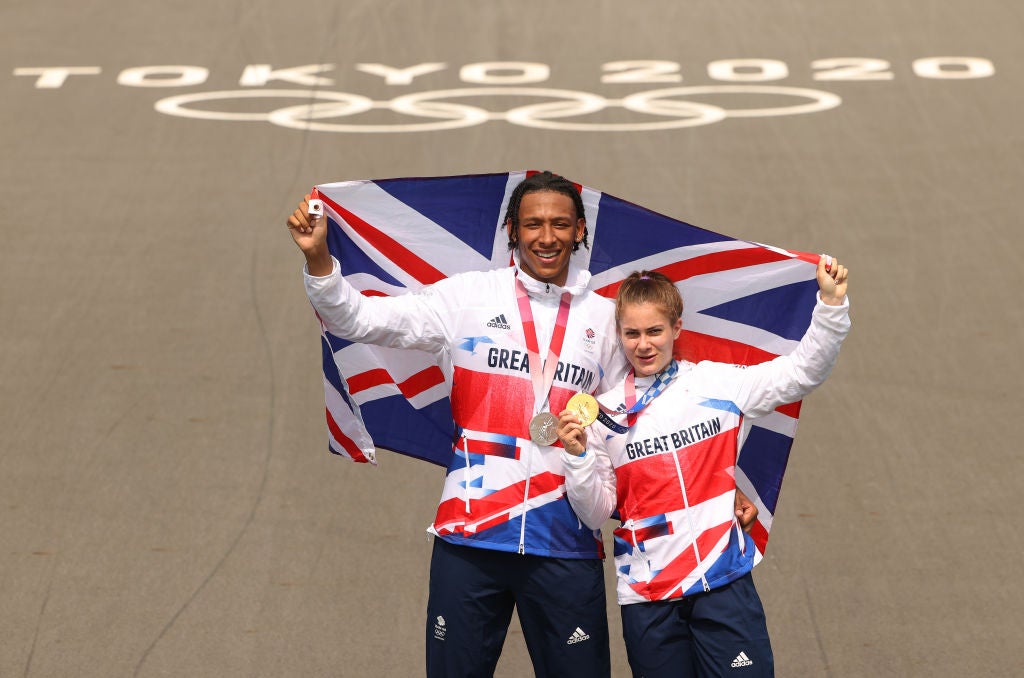 But it seems those at the top took as much pleasure from the athlete activism shown by the likes of Adam Peaty, Tom Daley and Hannah Mills.

“I really think they have just set new standards, in so many different ways, and burned their names into Olympic history in ways we didn’t expect.

“This team have gone above and beyond their own sport. We have got the most memorable role models and people who speak out on issues close to their heart.

“We had Adam on mental health, Tom on LGBTQ rights, Hannah on sustainability and Alice Dearing on diversity.

“These athletes are more than just athletes, they’re incredible people who are examples to us. They are trailblazer in different ways and will continue to be for a long period of time.”

Stream every unmissable moment of Olympic GamesTokyo 2020 live on discovery+, the Streaming Home of the Olympics.