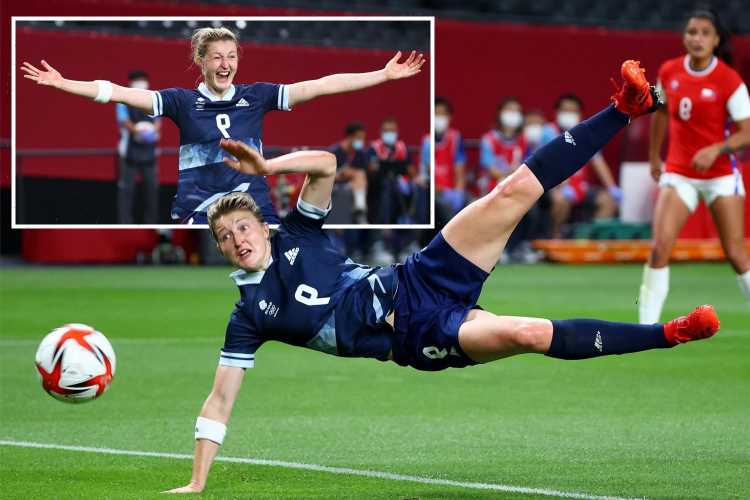 ELLEN WHITE got out her Goggles again as she gave Team GB the perfect Olympic start.

The Manchester City striker, who shot to prominence with her 2019 World Cup heroics and goal celebration, delivered a dream double for Hege Riise’s side, the first Brits in Tokyo 2020 action. 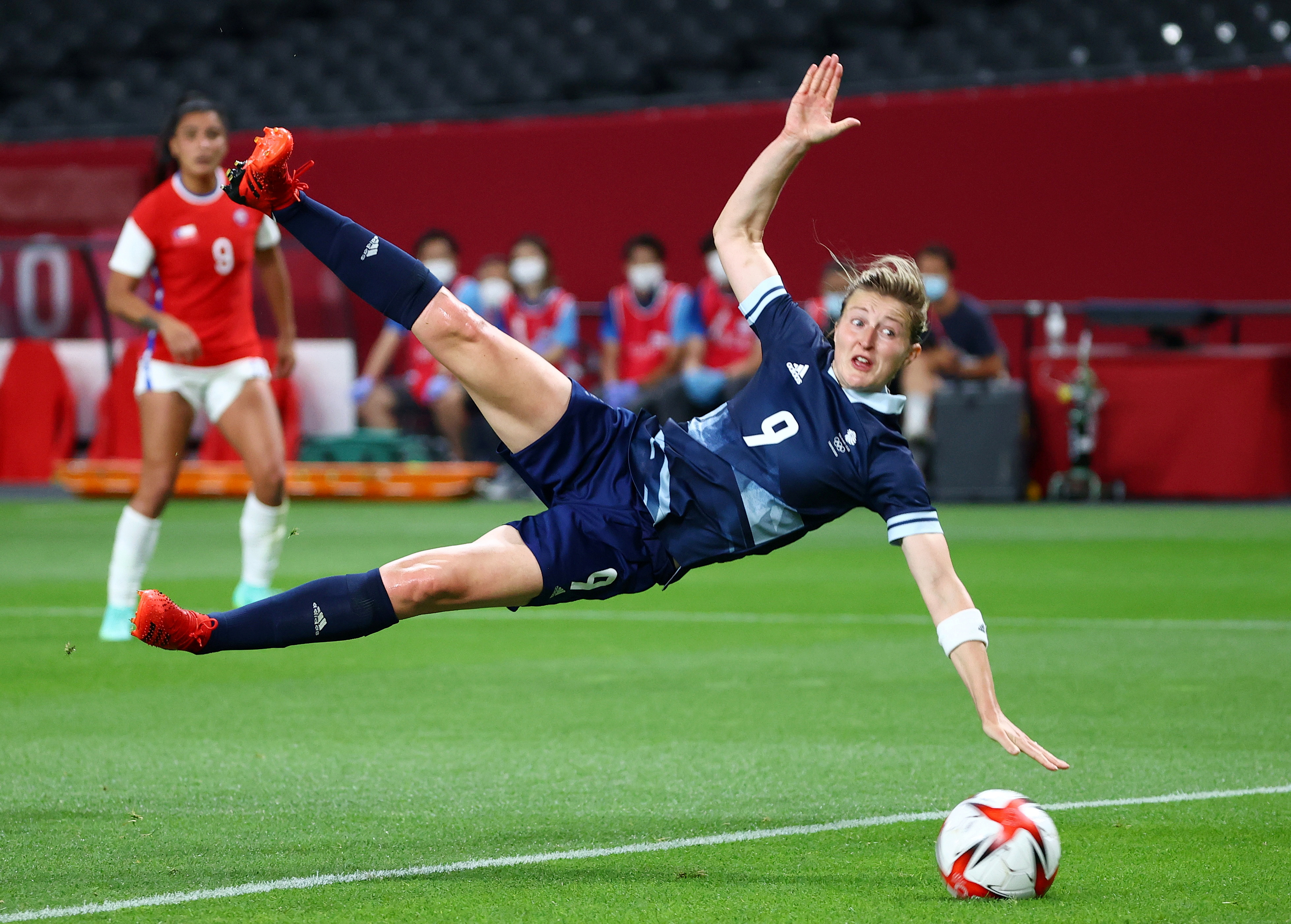 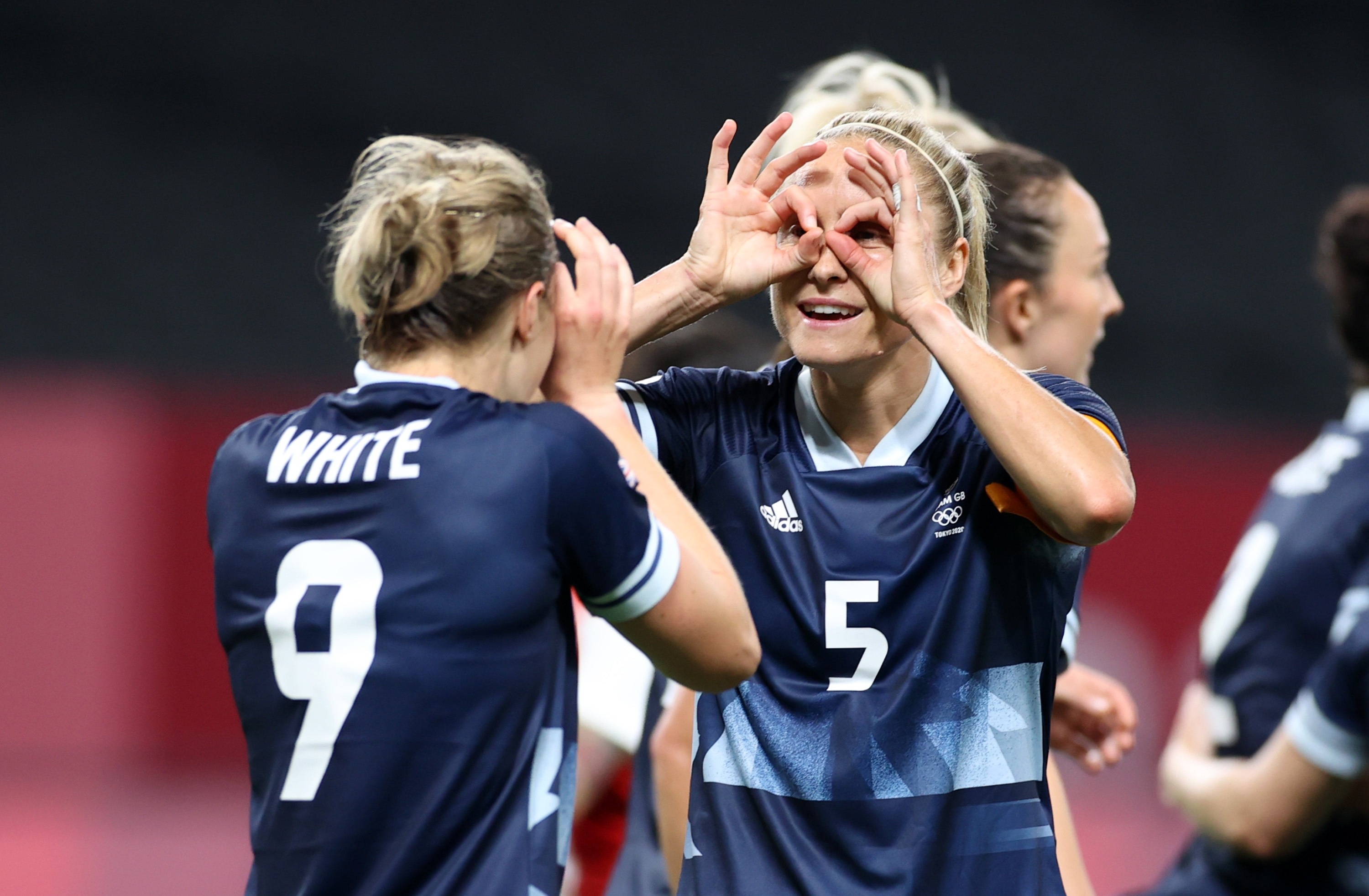 Both strikes, one in each half, were close-range, from a combined distance of nine yards but they have gone a long way to sending GB towards the knock-out phase.

And even if the Sapporo Dome was empty with the only noise other than the piped-in crowd sounds coming from the pitch and benches, it was a display that showed why Riise and her squad are full of confidence they can go all the way.

This was a far more comprehensive victory than even the scoreline suggests.

GB, with Scotland’s Kim Little pulling the strings and Lauren Hemp a constant and dangerous out-ball on the left, took control from the outset.

Their movement was swift and penetrative, pulling the toothless South Americans from side to side and White’s opener was overdue.

The England striker thought she had put her side ahead on 11 minutes, turning home the rebound after Georgia Stanway’s shot was parried into her path, only for the flag, correctly, to be raised.

But there was no denying White seven minutes later as Riise’s side took a deserved lead.

Hemp, not for the first time, caused the initial threat down the left and while her cross did not find a blue shirt, the ball was recycled to rampaging right-back Lucy Bronze.

Bronze floated a beauty to the back post, Hemp rose to knock back into the danger area and White was there, quick as a flash, to force home with her left foot from three yards.

The only disappointment would have been their failure to put the game beyond a limited Chilean side before the break.

Stanway shot at keeper Christine Endler, Hemp fired over the top before twice linking with Little for goalbound efforts deflected wide, while skipper Steph Houghton failed to make the most of a free header in stoppage time.

It was a similar story at the start of the second period, with Caroline Weir, the other Scot in the side, increasingly prominent.

Hemp, surprisingly switched to the right, was off target twice after coming inside onto her left.

GB looked set to be handed a penalty after a lengthy VAR review after White was fouled as she tried to get to another rebound off Endler, again from a Stanway shot.

BETTING SPECIAL – CLAIM £180 IN FREE BETS FOR THE OLYMPICS

The striker had not appealed but the Rwandan referee was called over to the video screen, only to spot that White was fractionally offside before the initial shot. What a waste of time that was.

But just as the nerves might have emerged, White settled them, 17 minutes from time.

Bronze, up from the back once more, flipped the ball in and White, six yards out and completely unmarked, angled her body superbly to bounce past the keeper.

Belatedly, it was goggles time. We can all now see clearly why Riise is so confident in her team. 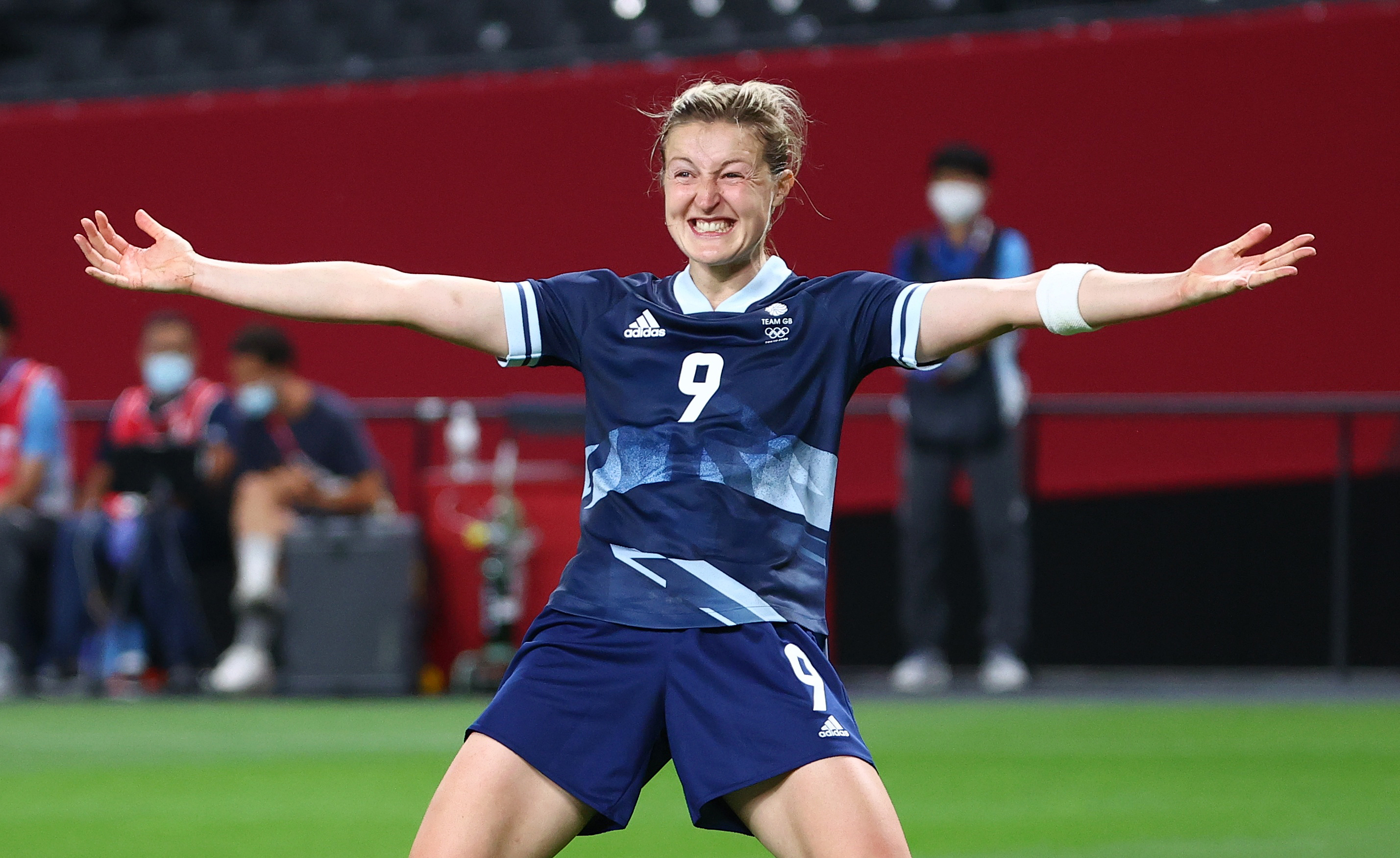 Drowned boy, 3, found holding hand of sister, 9, at bottom of lake after she & three relatives die trying to save him
World News