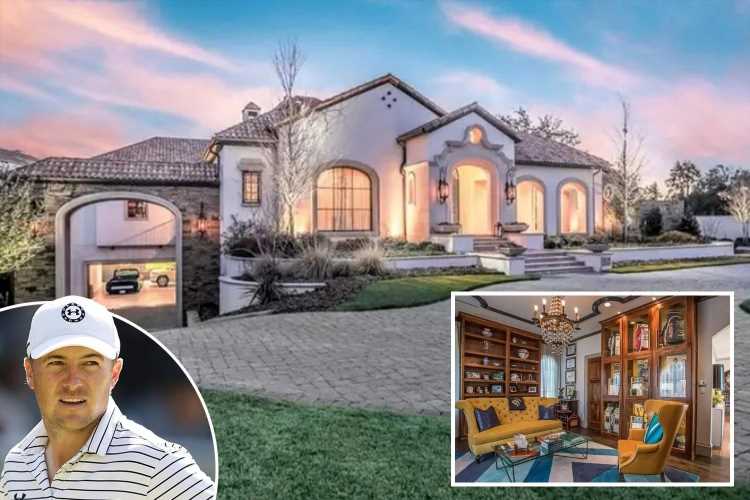 The Texas native, 28, is a devoted family man and spends his time recharging from the course at a stunning $7.1million Dallas mansion. 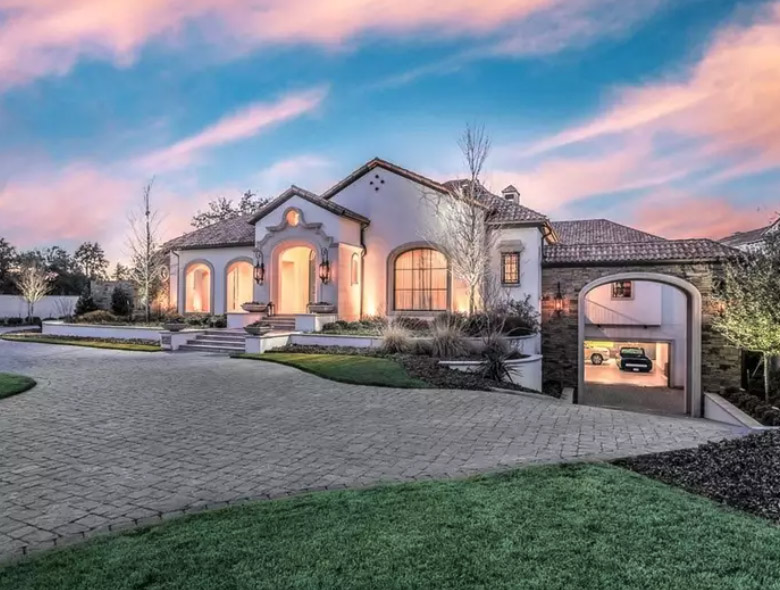 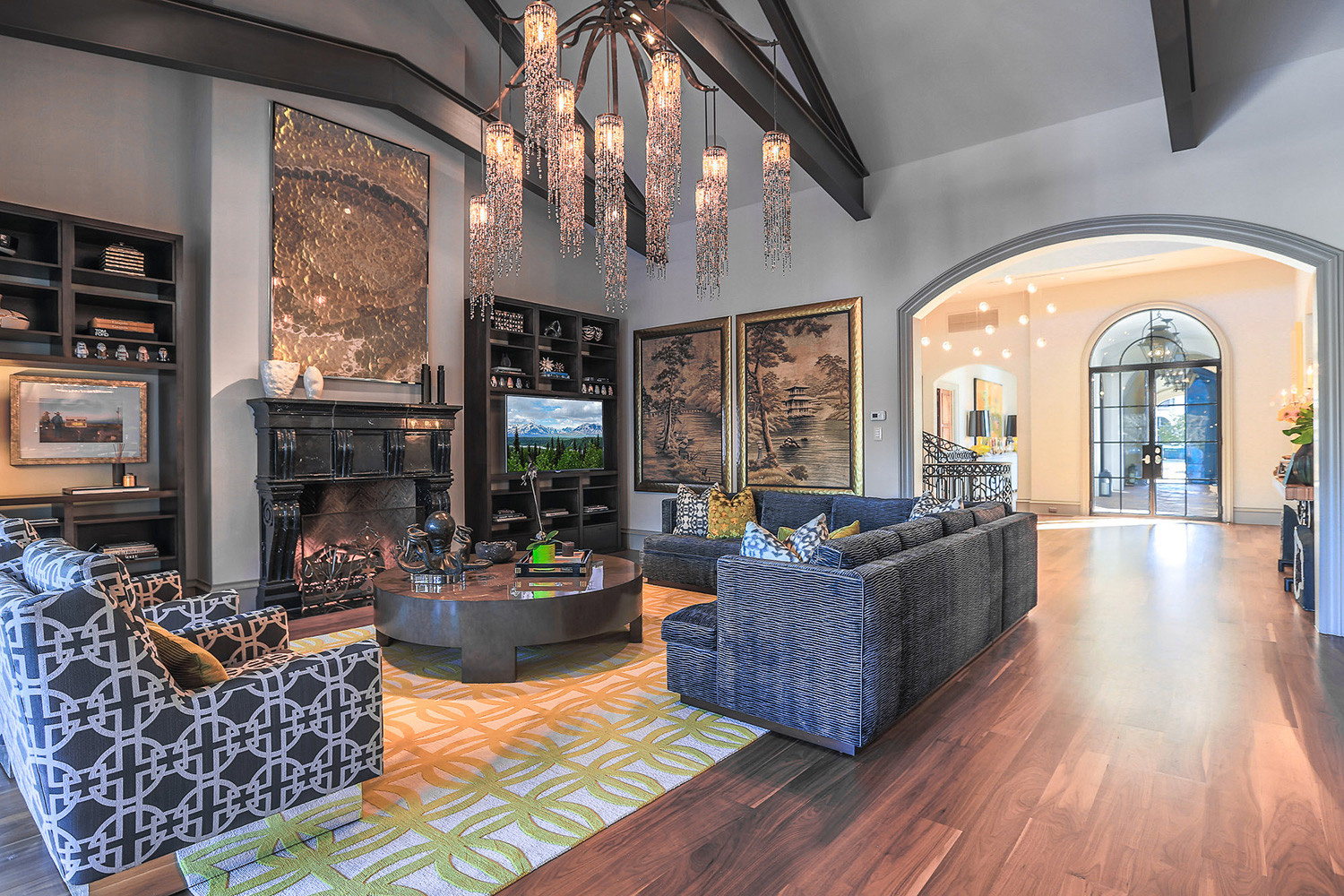 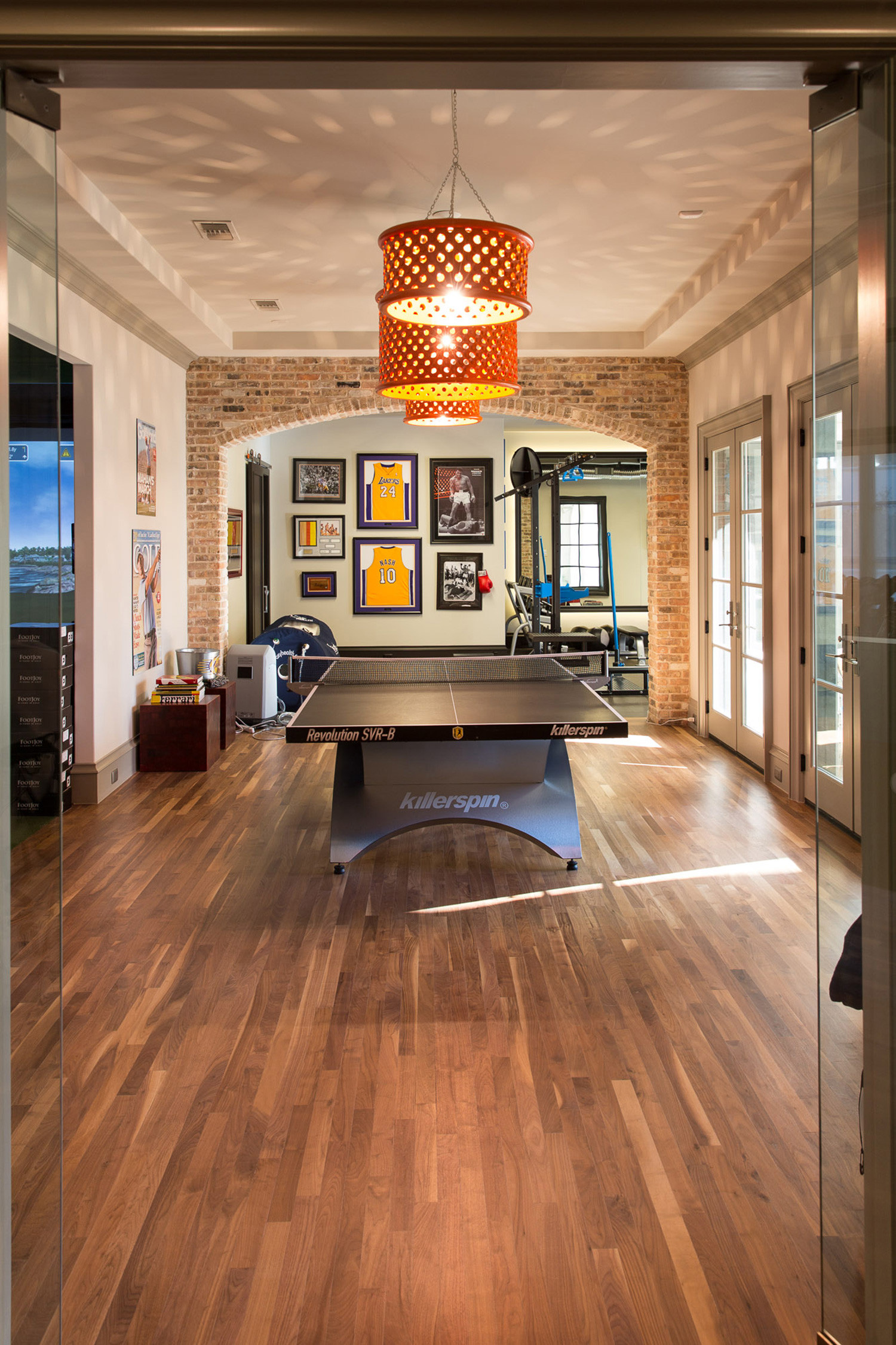 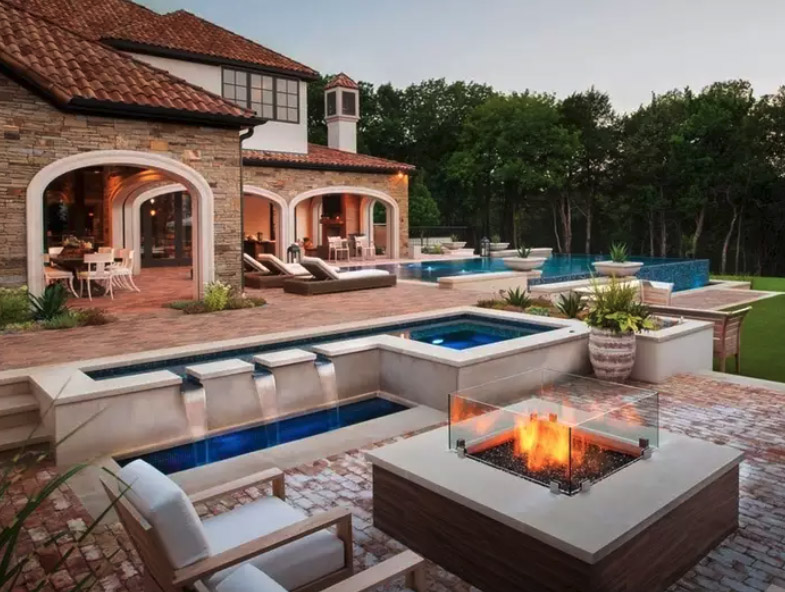 Spieth turned pro in 2012 but garnered worldwide attention three years later, winning The Masters and US Open to become the most celebrated young US golfer since Tiger Woods.

And those big-money victories allowed the Texan – then in his early 20s – to splash out on a forever home in the city where he grew up.

The house has an excellent golfing pedigree, having been the former castle of PGA Tour veteran Hunter Mahan and his wife Kandi.

Mahan revealed to Dallas News: [The house] has like a bachelor pad feel to it, even though didn't design it that way.

"It's gated, it's got great people there. It's secluded.

"I know Jordan doesn't like to live a secluded life, but he needs to.

"I know he's having a great time with it."

Spieth lives in the picturesque mansion with his high school sweetheart wife Annie and their young son Sammy.

He has now racked up three Major victories and the former World No1 is estimated to be worth a staggering $110m.

And you can see where the money has gone in Spieth's stunning digs, which he has nicknamed the 'Iceberg House'.

There's plenty of space outside the property, with a luxurious infinity pool situated in the gardens for those hot Dallas days.

And Spieth has exclusive access to nearby private-jet ports, with the golfer regularly clocking up the air miles to tournaments all over the world.

But it's inside where the magic really happens, with the mansion boasting over 10,000sq-feet worth of comfort.

High ceilings give the illusion of open plan living, with the property featuring five huge bedrooms and eight bathrooms.

There's also a massive golfing simulator set up for Spieth to practice his swing without even having to step out the front door.

Spieth is a practicing Catholic and has long talked about the importance of family.

And the presence of a basketball court in the basement will be a huge plus for younger brother Steven, who played hoops in college for Brown Bears.

There are several seating areas complete with entertainment units and wall-mounted TVs, while the spacious kitchen has room for a private chef to rustle up anything the golf star desires. 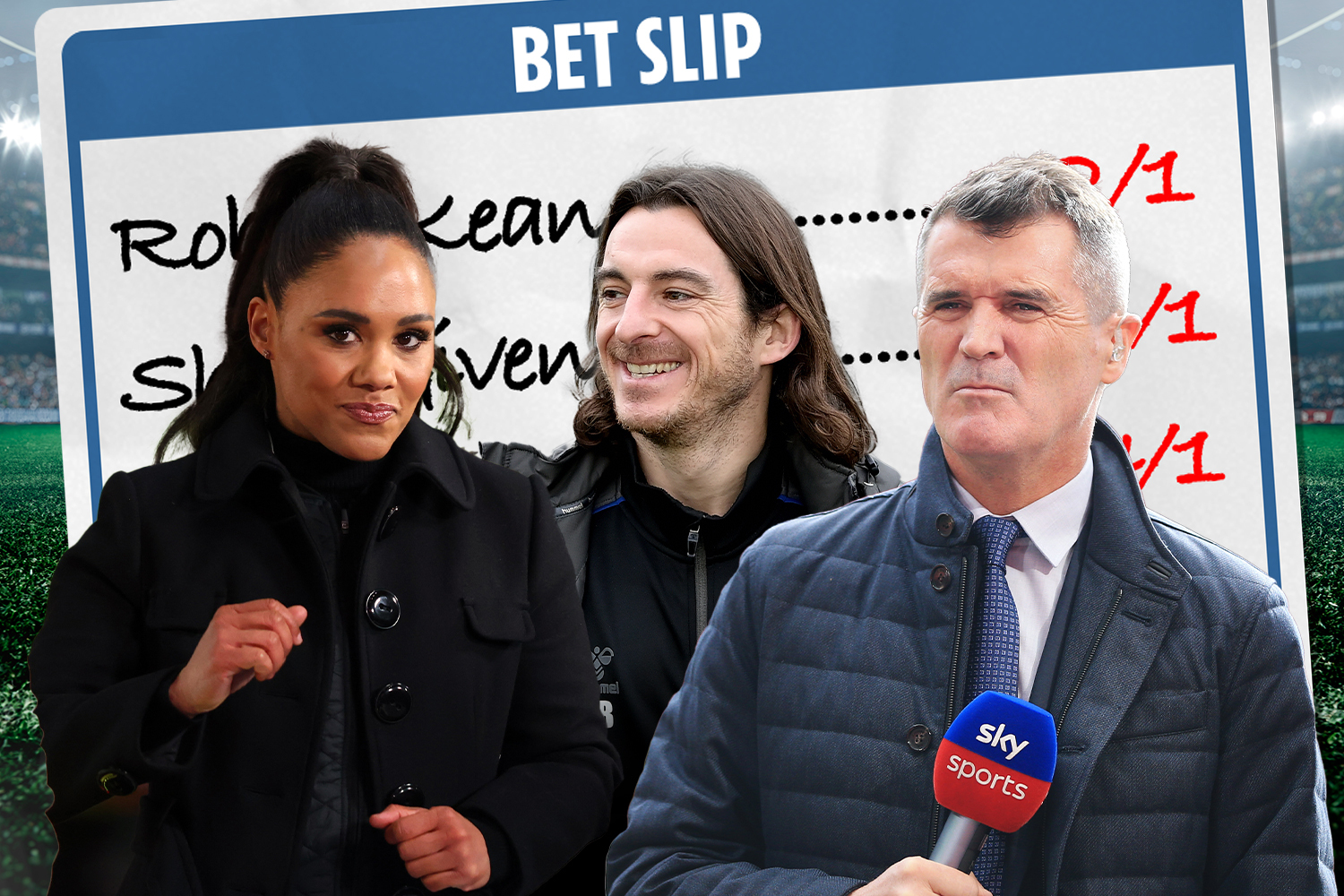 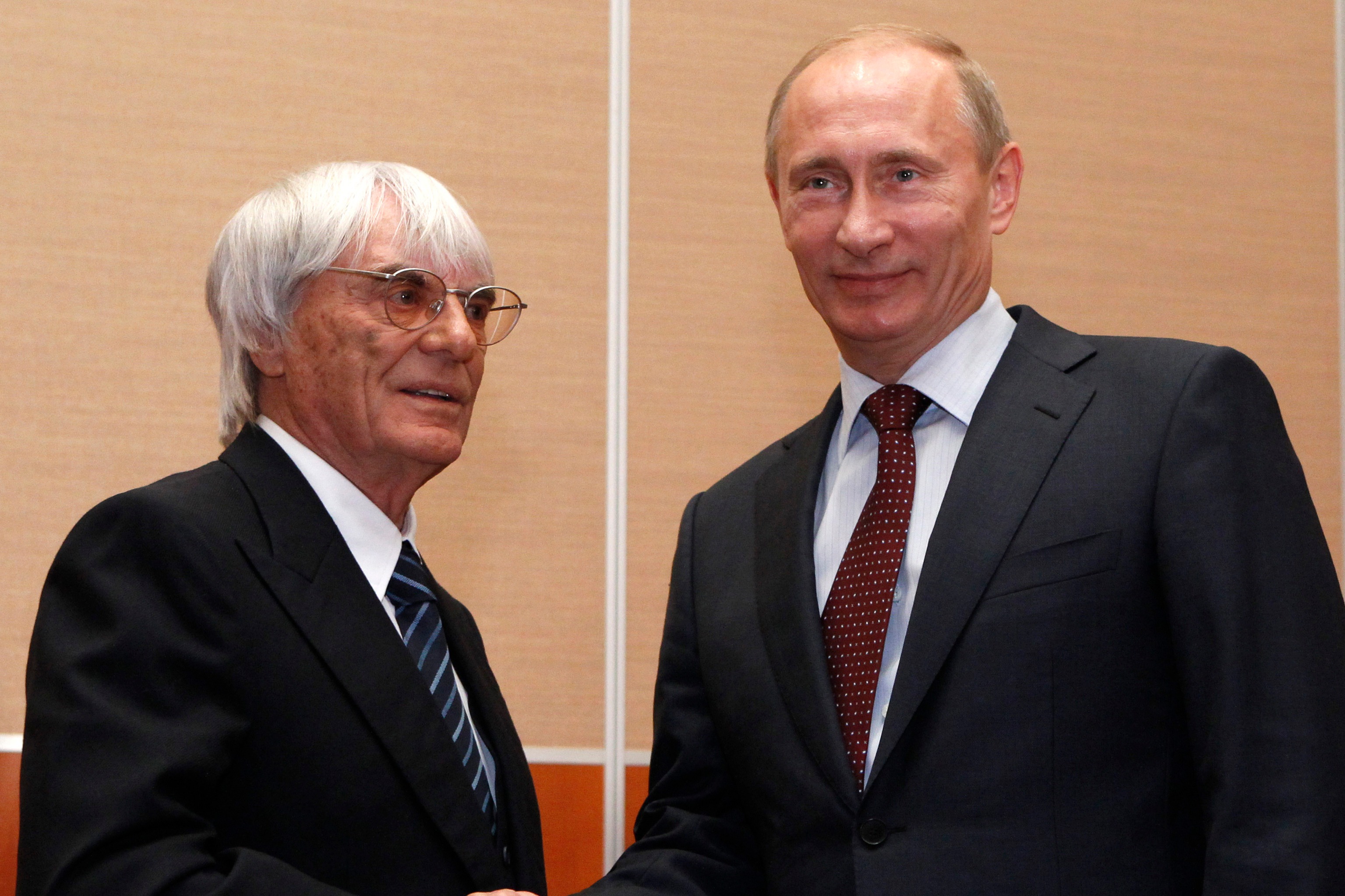 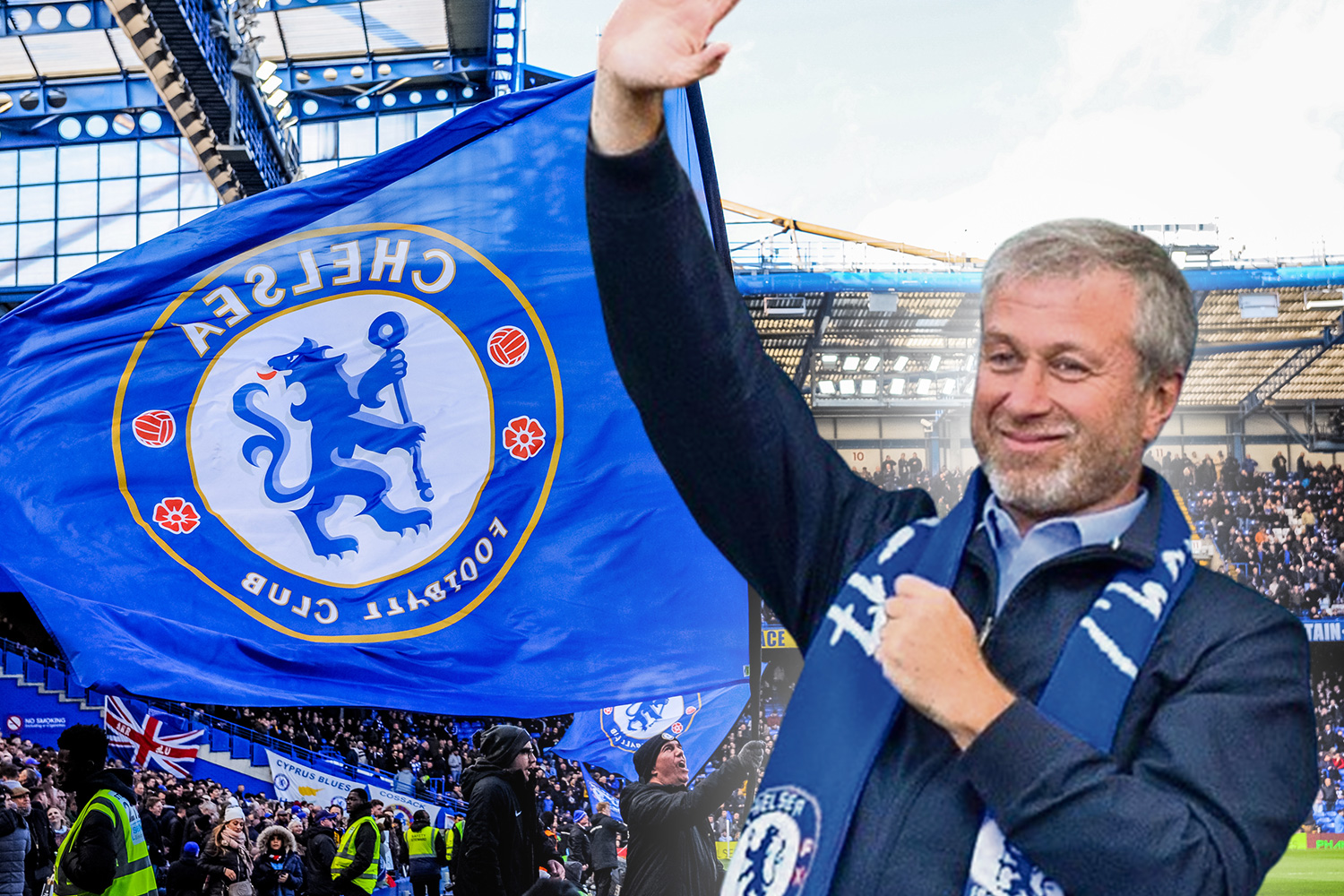 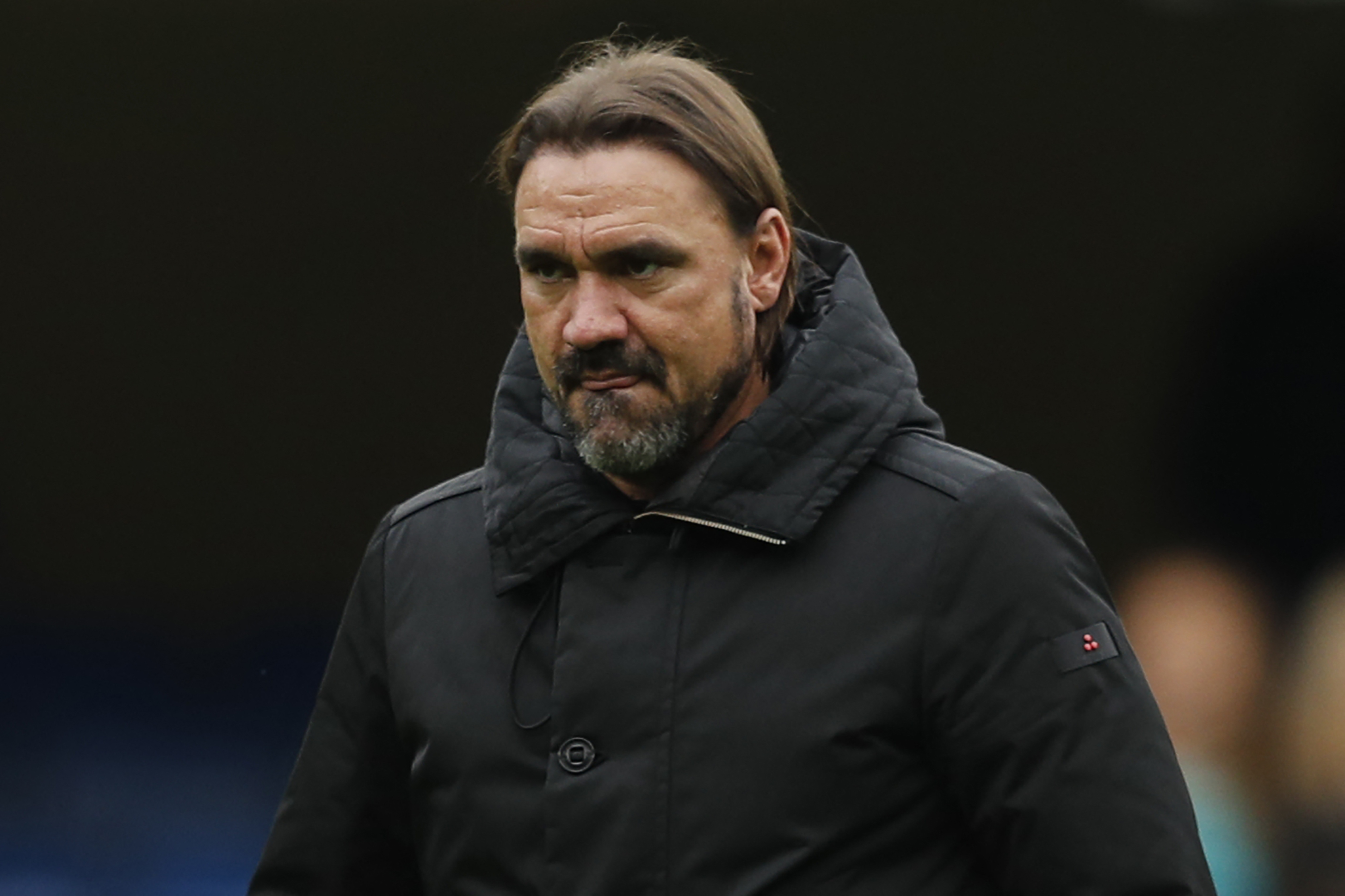 No mansion would be complete without a man cave and Spieth's pad certainly doesn't disappoint.

Alongside the golfing simulator, there is also a table tennis table and a state-of-the-art gym.

Away from the greens, Spieth is something of a petrolhead and has a vast fleet of luxury vehicles.

And therefore it's a good job the house comes complete with a huge 12-car garage for keeping his precious rides safe.

'HE'S HAVING A GREAT TIME WITH IT'

Golf is never far away from Spieth's mind and the garage also features a huge wall mural to Augusta National, home of The Masters tournament he won in 2015.

Incredibly, this is not the first mansion Spieth has purchased in the Preston Hollow area of Dallas.

That featured a 288-bottle wine closet, outside putting green and swimming pool complete with a 'tanning ledge'.

Spieth recently finished T26 at the Genesis Invitational in California and will be targeting a second Green Jacket at The Masters in Augusta. 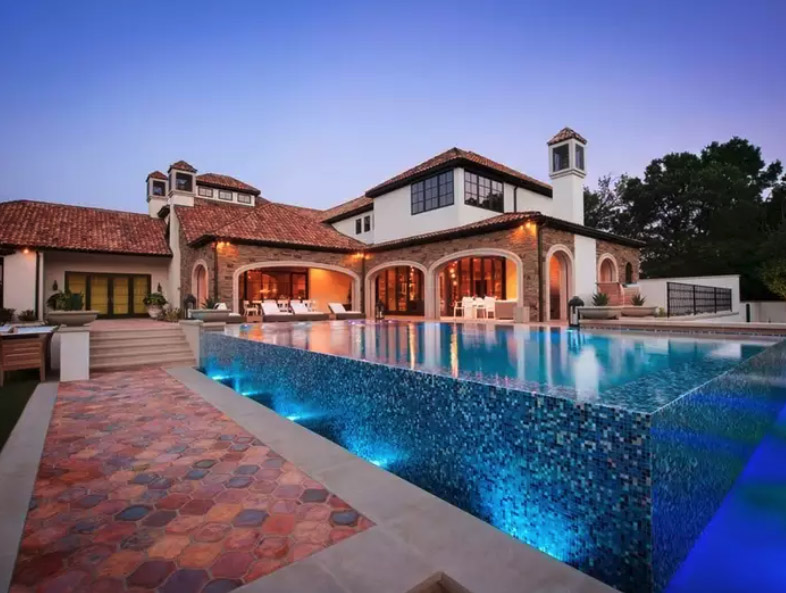 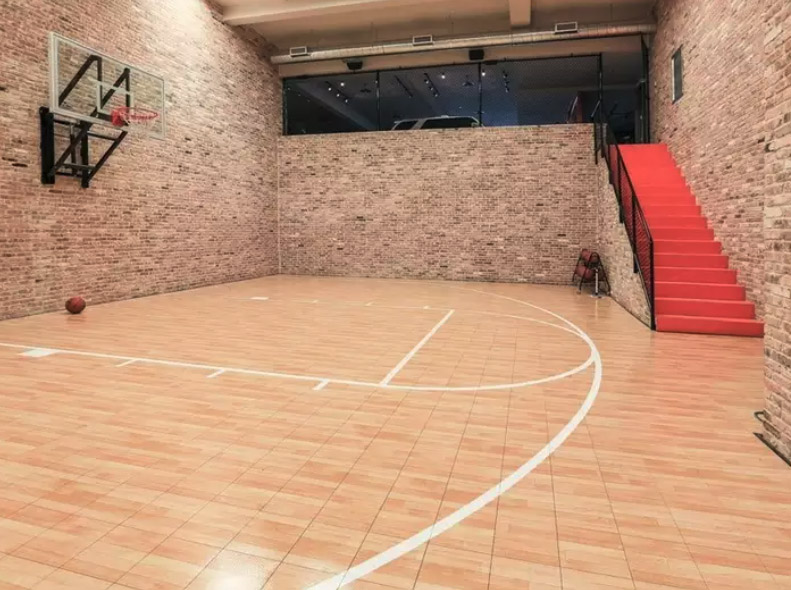 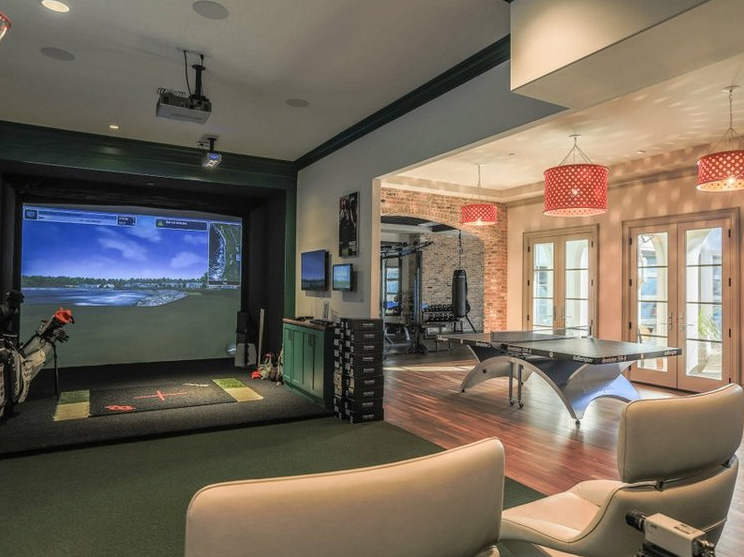 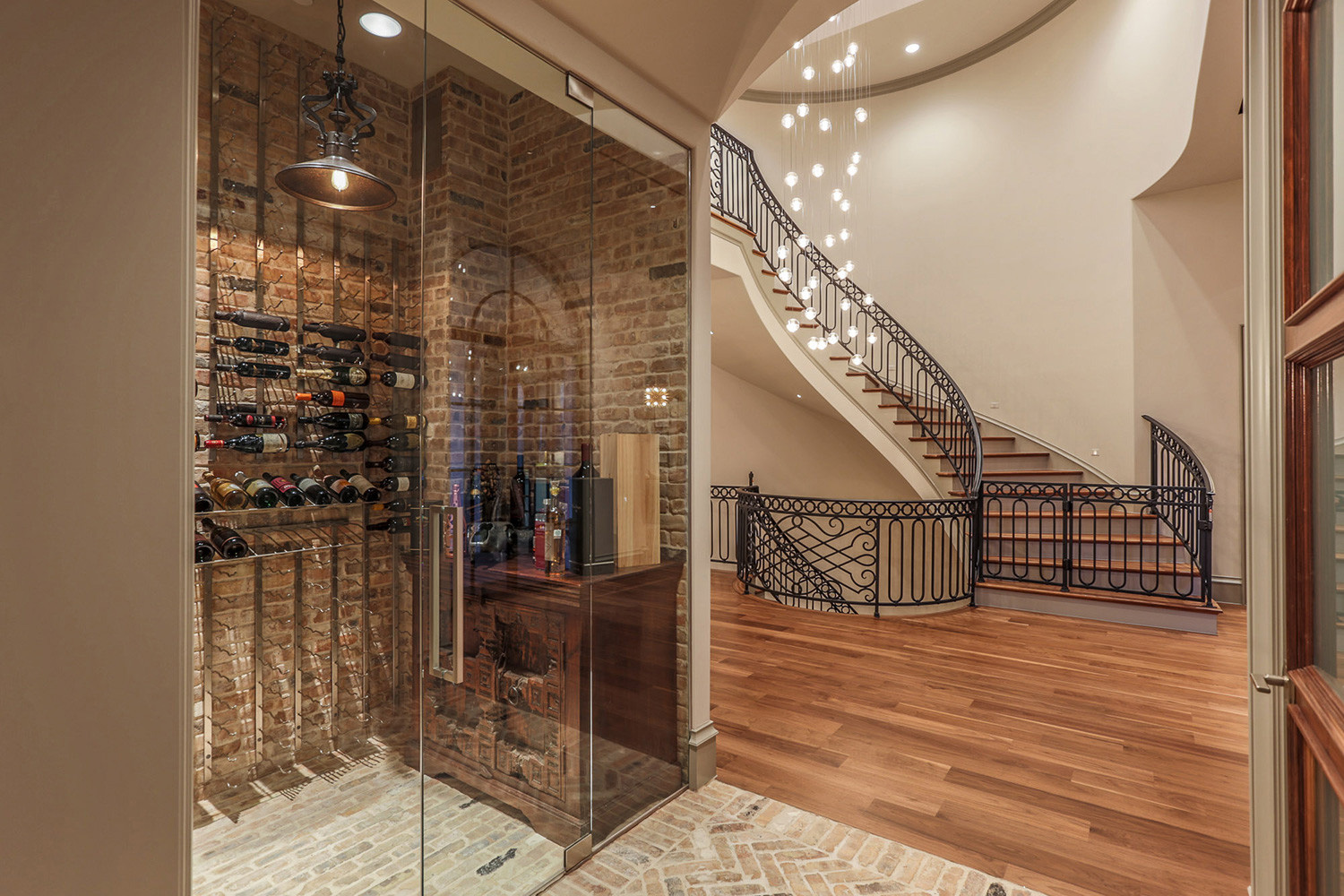 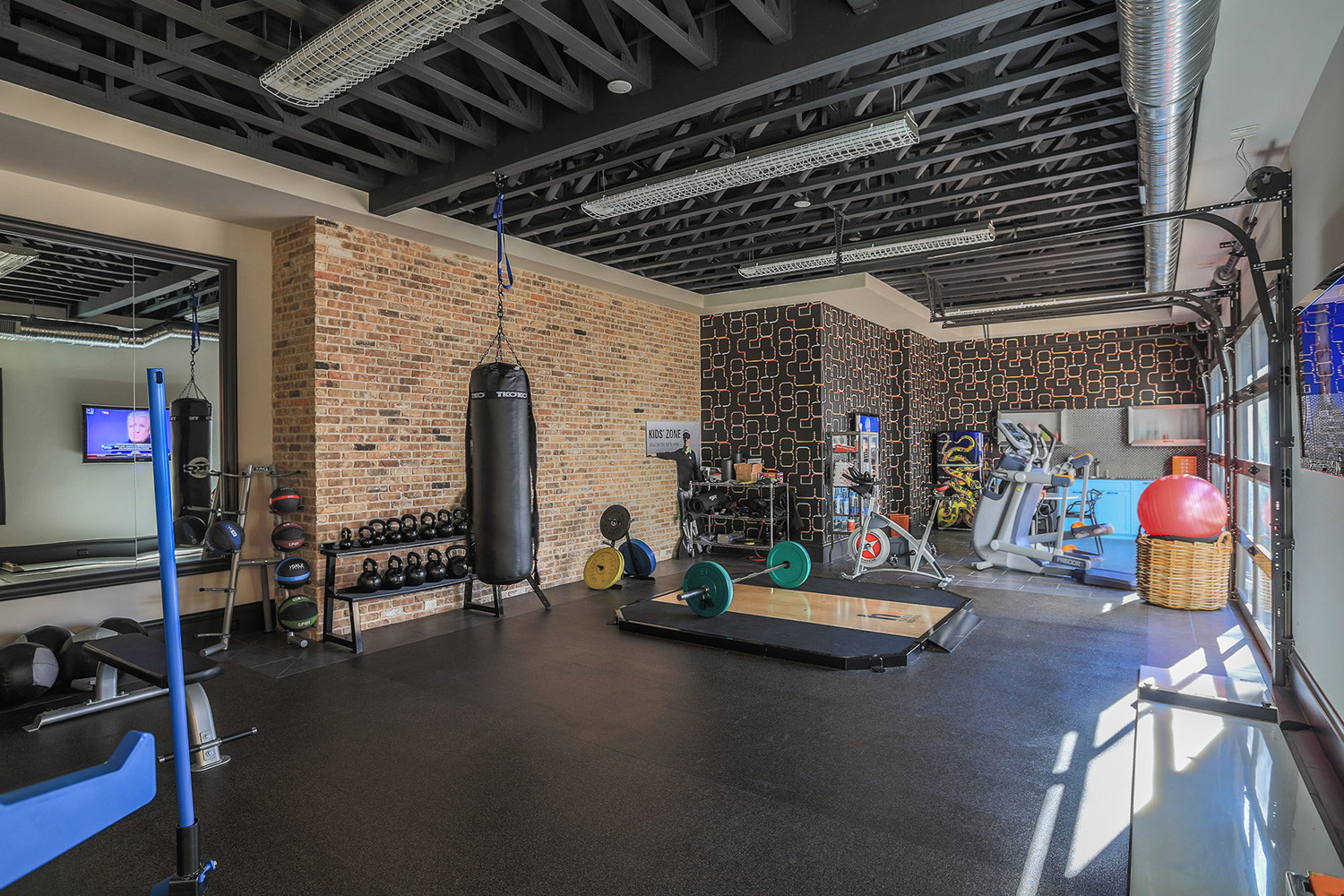 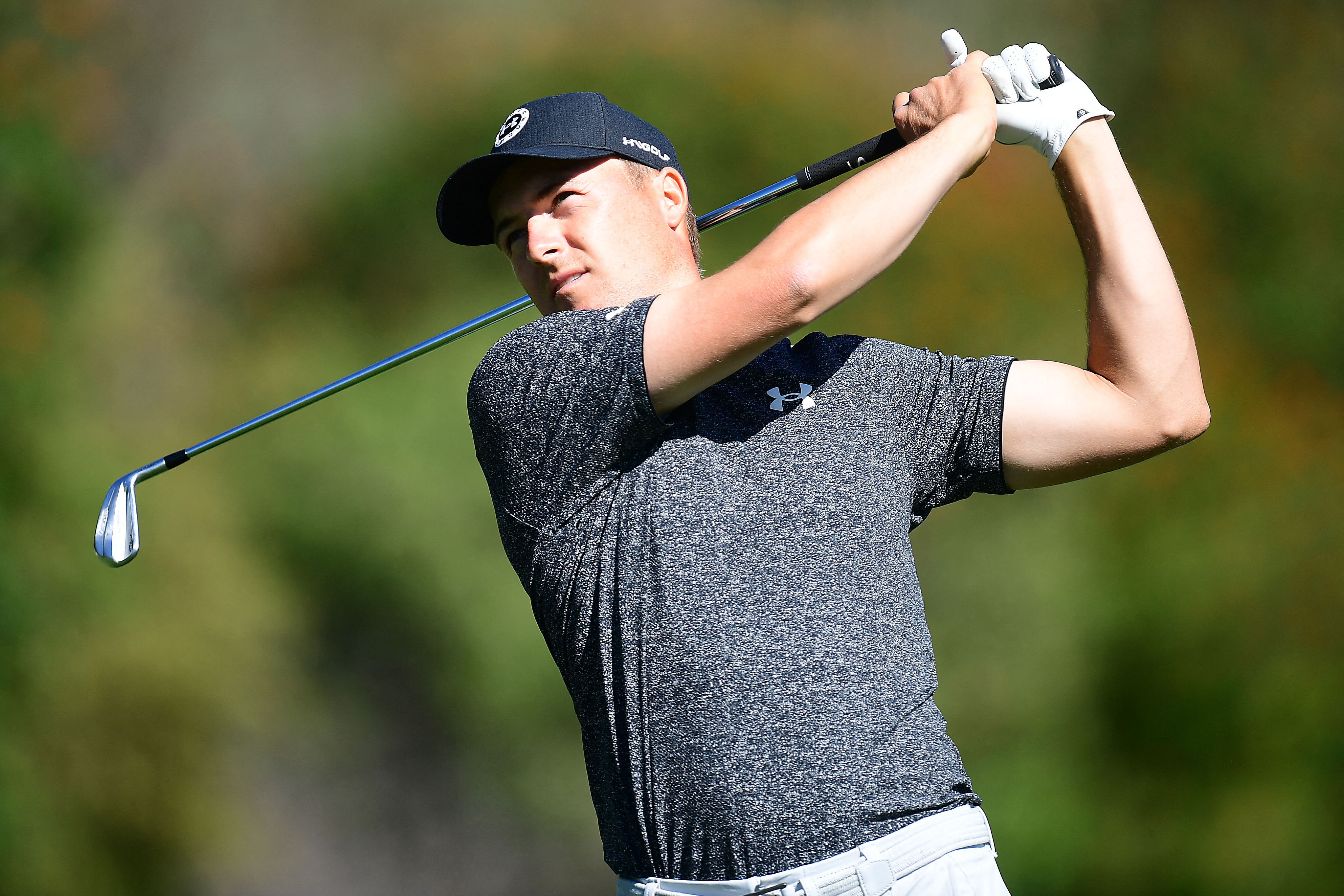 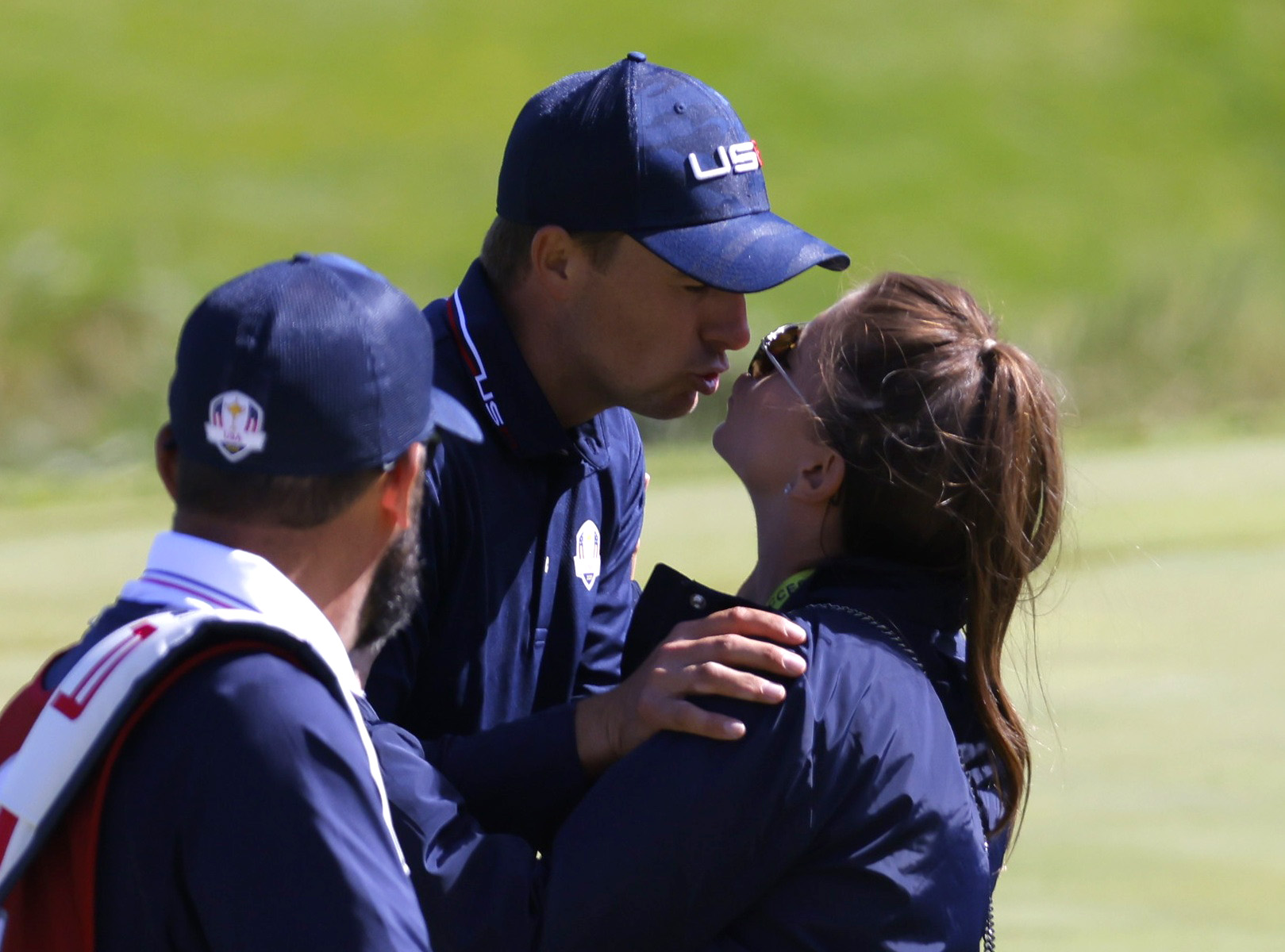 *Prices and pictures provided by Zillow.