Home » Sport » Table tennis: S'pore's Feng Tianwei not hanging up her bat yet 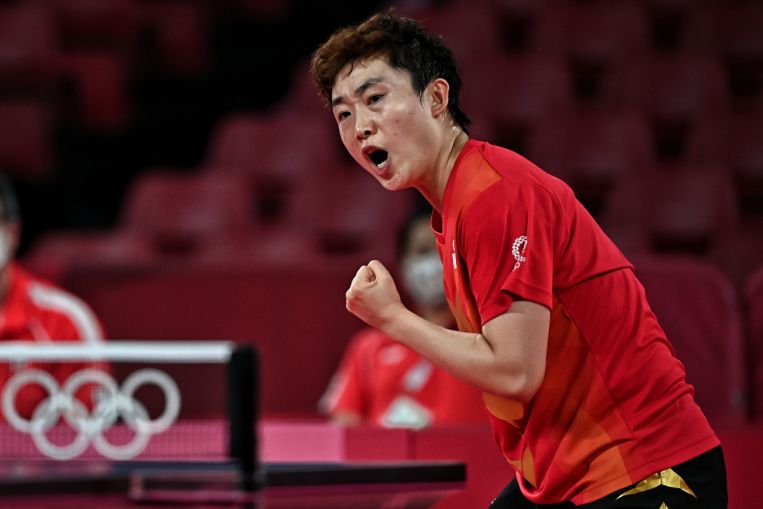 Table tennis: S'pore's Feng Tianwei not hanging up her bat yet

SINGAPORE – Feng Tianwei, Singapore’s most bemedalled Olympian with one silver and two bronze, has hinted she may not be hanging up her bat just yet as she heads into the Nov 23-29 World Table Tennis Championships in Houston, United States.

In August, the 35-year-old told The Straits Times that Tokyo 2020 would be her fourth and final Olympics, sparking speculation that she would retire soon.

But as she readies for her seventh world championship, the world No. 11 said she is still “enjoying the process” and looking for a breakthrough, even if she has not set a specific target.

No Singaporean has won a singles medal at the event, and Feng has five quarter-final defeats, although she remains the standard bearer with three women’s doubles bronze medals with Yu Mengyu.

Feng, who is seeded eighth and receives a bye into the second round, said: “At this stage of my career, I just want to enjoy the process and take it one match at a time.

“Of course, everyone wants to win, but hopefully by adjusting my mindset and trying to enjoy each contest, I will be able to find a breakthrough and do better.”

As for playing in next year’s SEA, Commonwealth and Asian Games, she added: “The possibility is there but I cannot confirm it now. I will have to discuss my future plans with the Singapore Sport Institute when I return home after this tournament.”

With a blend of youth and experience, Singapore will be represented by Feng and world No. 61 Lin Ye in the women’s singles, while 20-year-old Goi Rui Xuan (192nd) and 19-year-old Wong Xin Ru (188th) will play in both the women’s singles and doubles.

World No. 161 Koen Pang, the 19-year-old SEA Games men’s singles champion who is currently in National Service, will feature in the men’s singles and partner Lin in the mixed doubles.

National men’s coach Gao Ning, who played in six editions from 2007 to 2017, said: “In a single knockout format, you are eliminated with a single defeat. I want our players to get into the groove as soon as possible, put their heart and soul into it right from the warm-ups.

“Other than that, they should analyse their opponents thoroughly once the draw is out, prepare for difficulties and play without any inhibitions.”

National women’s coach Hao Anlin added: “I think there’s good potential in our mixed doubles with their ability and drive.

“Lin Ye has matured after her Tokyo Olympics debut, with upgrades to her technique and mindset, which we hope to build on. The women’s team, including Rui Xuan and Xin Ru also performed well at the Asian Table Tennis Championships to win bronze last month.

“Our players ought to go out and play with the confidence and desire to beat better and higher-ranked opponents.”