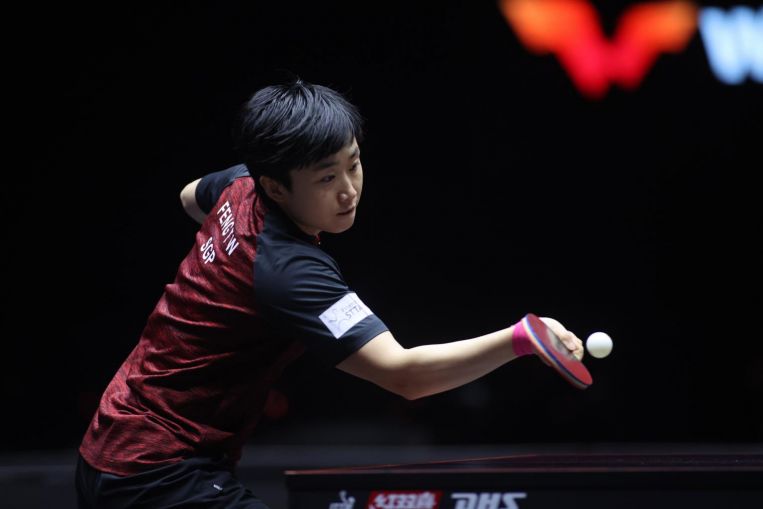 SINGAPORE – After snapping a three-match losing streak with a win over South Korea’s Zion Lee 3-0 (11-9, 11-9, 11-7) in the WTT Star Contender Doha round of 32 on Tuesday (March 9), Singapore paddler Feng Tianwei is hoping to grow from strength to strength.

Feng, who will next face world No. 25 Chen Szu-Yu on Wednesday, is in prime position to make her first quarter-final appearance in over a year.

The 34-year-old has a great record against Chinese Taipei’s Chen, winning eight of their nine encounters.

After Tuesday’s win over world No. 106 Lee, Feng said: “I’m quite satisfied with my performance.

“The most important thing is to get that competition feeling back and now things are good in training, but I have yet to transfer what I’m doing in training on to the court.”

But back-to-back victories will see her reach the last eight of a women’s singles event for the first time since last March’s ITTF World Tour Platinum Qatar Open in Doha, where she eventually lost to Japan’s Mima Ito.

On her next meeting with Chen, Feng said: “Tomorrow’s game is against a familiar opponent. “I still have to get into the right frame of mind in order to come up against her and not think so much about whether I lose or win.”

While Feng proceeded to the next round in the US$400,000 (S$538,400) event, compatriots Yu Mengyu and Zeng Jian were knocked out of the tournament.

She said: “The strategy that I’d planned with my coach did not work. I lost a lot of crucial points and did not successfully execute my abilities.”

National women’s coach Hao Anlin felt that Yu could have served and received much better.

He added: “Menyu struggled to move her opponent around the table today. At times she couldn’t keep up with the rhythm set by Adriana.”

Hao reckoned that Zeng faced an uphill battle after losing the crucial opening game by the narrowest of margins.

“In terms of technical ability and variety, Ji-hee is the superior player. This was particularly evident at the start of rallies – serving, receiving serves, creating the first opportunity to attack,” he said.

“Zeng Jian was on the back foot more. These are all the things we need to work on in training going forward.”