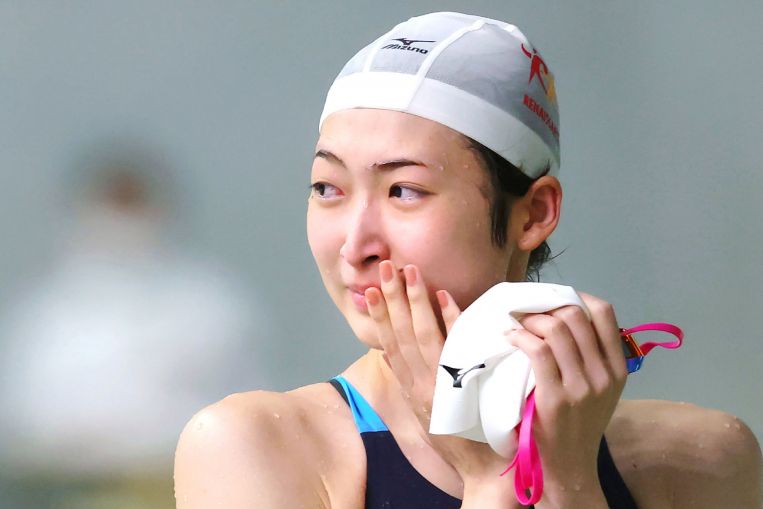 The 20-year-old had been a strong favourite for the 100m butterfly gold at the now-postponed Olympic Games before revealing she had the illness.

She was discharged from hospital in December after around 10 months of treatment and resumed training in March.

“The fact that I’m swimming and I’m here again… I’m moved,” she told reporters after winning the 50m freestyle race on Saturday.

“My goal was to enjoy it without thinking too much and I really could,” she said, adding that she felt relieved.

Ikee finished the race, organised by the Tokyo Swimming Association, at 26.32sec.

This makes her eligible to participate in Japan’s Inter College Swimming Championship in October – a goal she has set for herself.

“I was nervous but I was able to beat the time I was aiming for,” she said.

Ikee had also been seen as a contender for the 200m freestyle at the Tokyo Olympics, but after her diagnosis she switched her focus to competing in the 2024 event.

She has not yet said if she plans to rethink and compete in Tokyo next year following the postponement of the 2020 Games because of the coronavirus pandemic.

This week the sports star posted two videos on Twitter showing her training ahead of the Tokyo race, prompting tens of thousands of likes and retweets.

“I can do 10 chin-ups now… I couldn’t do any a couple of months ago,” she wrote alongside one of the clips, which was viewed more than 2.3 million times.

Ikee has documented her experience with the disease online, thanking her legions of fans for their support.

“It was a long and hard time,” she said last year in a handwritten message posted on her Twitter account.

Ikee served as the key figure at a subdued year-to-go ceremony for the postponed Games last month, urging disheartened athletes not to lose faith.

“To overcome adversity, what we need is hope. A flame of hope glowing in the distance allows us to keep trying, to keep moving forward, no matter how hard it is,” she said.