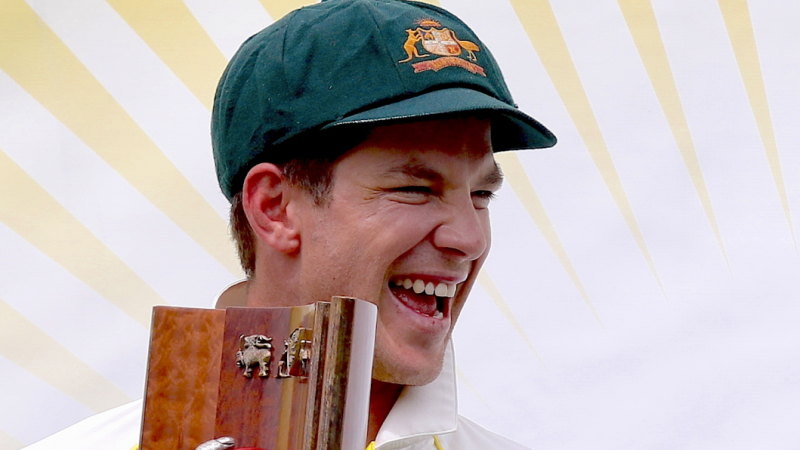 Full of chatter, with bowlers and batsmen in the pink of form, Australia finished the summer of Test cricket as they would have liked to start it. Of all the solutions for their ills, they found the most obvious: playing B-grade opposition.

If cricket seasons could be planned like football, with a pre-season followed by the larger challenge, Australia would now be primed to take on India. As it stands, the long shake-out of the past 12 months, starting with a run of defeat but ending with a first series win in any format, has revealed some essential strengths in a team that will now cast an eye towards the return of Steve Smith and David Warner. Notwithstanding the cricket gifts the two batsmen bring back, the question is how their return will affect what Tim Paine’s team has built in their absence. 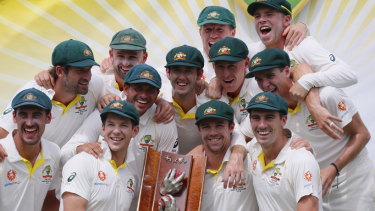 One step ranks above all others from the summer. Paine has emerged not as the interim captain, but the captain. His personal performance with gloves and bat has thrived on the workload, and he belongs with Patrick Cummins, Nathan Lyon and Travis Head as the outstanding Australian players of the summer. On the field, Paine has set a tone that has balanced respect with aggression, showing that the two can coexist. The limit to his term of captaincy ought to be the limit of his own career, not of Smith’s leadership suspension.

Cummins and Lyon led the bowling while also bolstering Paine’s leadership. In Canberra against Sri Lanka they were able to do pretty much as they pleased, but it was against India that they proved their worth. In Josh Hazlewood’s absence, Jhye Richardson bowled very well in Brisbane, a little less so in Canberra, and can look forward to future work as a back-up for the main three. Over the remaining Sheffield Shield fixtures, the progress of James Pattinson and Chris Tremain will be watched closely.

Australian cricket has been forced to look into its soul and reckon with what it has found there. Nobody would say it’s been a pretty sight

Mitchell Starc’s re-emergence in Canberra was almost inevitable, given the strength of his motivation and the frailties of the opposition. Questions about Starc’s optimal speed remain unresolved. Against the Sri Lankans, all-out pace was enough. But he had also bowled with pace against India, to discover that he needed more strings to his bow. Without the reverse-swing of previous seasons, Starc was de-fanged, and will remain so unless it mysteriously comes back. In the meantime, he will probably go on as he always has, a dangerous paradox, a popular teammate, and a menace to opposition tail-enders.

Australia’s batting finishes the season, as it began, as an unsolved riddle. In Canberra, against a second-string attack from a second-rate team, Australia were 3 for 28 and 3 for 37. After the failure of the Aaron Finch experiment, Marcus Harris and Joe Burns will vie to be Warner’s opening partner in a full-strength Test team, a race which tightened in Canberra. Until this game, Harris was encouragingly consistent. Just as he lapsed, Burns issued a reminder of his ability with a fourth Test century. Narrow the eyes, with Usman Khawaja shrugging off his demons at Manuka, and Australia almost have a strong top order locked in for the Ashes. 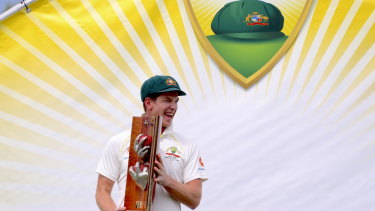 Passed the Test: Tim Paine has stamped himself as much more than an interim captain.Credit:AAP

The one indisputable batting discovery has been Head. Pugnacious against Pakistan and India, Head maintained his concentration to cash in against Sri Lanka. He deserved the rewards that followed. Unlike the confidence-restoring runs and wickets for Khawaja and Starc, Head’s achievements felt as if they tracked a curve of steady improvement pointing upwards into the future. Along with Manuka Oval and the city of Canberra (excellent pitch, excellent venue, excellent crowds), Head was the discovery of the summer. In a clearer light, the top-order batting is still their main concern.

Sri Lanka’s inability to provide viable opposition is a worry for the depth of international cricket. Perhaps, to balance this out, the West Indies are on their way back. But if it is hard to rate the currency of Australia’s 2-0 series win, there will be a sense of relief that they have come through this most difficult of summers with some momentum and a degree of cheer. Australian cricket has been forced to look into its soul and reckon with what it has found there. Nobody would say it’s been a pretty sight. Some self-knowledge and tentative balances have been attained. The next chapter is to hold together that spirit while bringing back those who did it so much damage.

Rick Zamperin: The ABCs — and Fs — of Super Bowl LIII