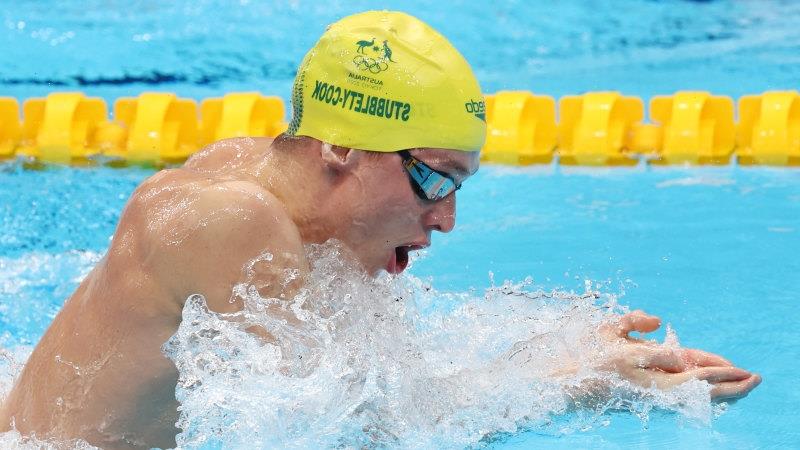 Zac Stubblety-Cook has claimed Australia’s fifth gold medal of the pool after a sensational victory in the 200m breaststroke in Olympic record time.

The Queenslander was in fourth place at the halfway mark and third with 50m to go but produced a brilliant final lap to touch the wall first in 2:06.38, 0.63 seconds ahead of second place. 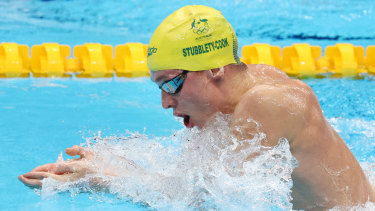 Zac Stubblety-Cook has won gold in the 200m breaststroke. Credit:Getty

The medal is Stubblety-Cook’s first at the Olympics.

Stubblety-Cook touched the wall first in his heat and semi-final of the 200m breaststroke, a month after posting the second fastest time in history at the Australian trials (2:06.28).

The only man to ever go faster, Russian Anton Chupkov, was lurking in lane one but couldn’t replicate his best, finishing fourth.

Stubblety-Cook finished fourth at the 2019 World Championship in the 200m breaststroke.

Coming off a silver medal in the 400m freestyle, McLoughlin turned in seventh place at the 400-metre mark but was only two seconds off the pace.

He then drifted more than a body length behind a trio in lane three, four and five, as well as Italy’s Gregorio Paltrinieri in lane eight.

McLoughlin was the sixth fastest qualifier for the 800m final.

Australia has more big medal hopes in the pool on Thursday, with Kyle Chalmers aiming for back-to-back glory in the 100m freestyle and Australia’s women aiming to secure victory in the 4x200m freestyle relay.

Chalmers would become the first Australian male to win the blue ribbon event at consecutive Olympics.

Ariarne Titmus could win a third gold medal of the Olympics after her superb victories in the 200m and 400m freestyle events over Katie Ledecky, while Emma McKeon is a decent chance of claiming her third medal of the Games. McKeon is aiming for an overall haul of seven medals.