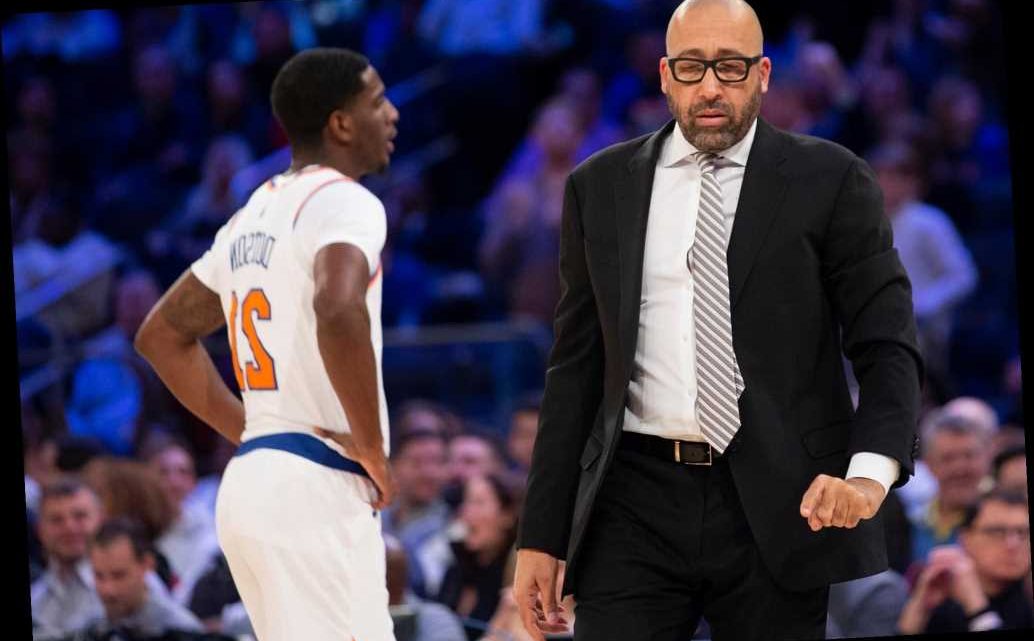 This Knicks season will be measured in baby steps, which in some respects means there was progress made Saturday night at the Garden.

You’ll recall a week ago, the Knicks came off a resounding victory over Kristaps Porzingis and the Mavericks in Dallas and two nights later laid an egg at home against the Cavaliers.

That’s the night team president Steve Mills and general manager Scott Perry hijacked the postgame press conference after the 21-point defeat to express their disappointment with how the team was playing. It put head coach David Fizdale squarely on the hot seat and made it seem like his job was in serious jeopardy.

Fast forward to Saturday night when the Knicks again were coming off a victory over the Mavericks two days earlier. This time, the Knicks came out of energy, they played hard, lead for the most of the game, but ultimately lost 103-102 when Hornets guard Devonte Graham nailed a contested 3-point shot with 2 seconds remaining.

Fizdale would say there are no “moral victories out of any of this stuff,” but since Mills and Perry weren’t at the postgame press conference, the overall result was much more positive than it was a week ago.

“We’re definitely getting better on the defensive end,” was about as far as Fizdale would go in complementing his team’s performance.

The Knicks coulda, shoulda won this game, something that’s likely to be repeated throughout this season.

It took a heroic game by Graham (29 points on 10-of-19 shooting, including 9-of-16 from 3-point range) to beat the Knicks. He made his game-winning 3-pointer with the Knicks’ best defender Frank Ntilikina flying at him. Graham still made the basket, silencing a crowd hoping to see the Knicks win back-to-back games for the first time this season.

“Frank was all over the kid,” Fizdale would say. “The kid had a tough shot and Frank’s our best defender. He got a contested shot and the kid just hit a bomb.”

Charlotte’s 3-point shooting (17-of-48) kept them in it each time it looked like the Knicks were about to pull away. Otherwise, the Knicks played the kind of game they’d hoped following the win over the Mavs.

They owned a 55-47 lead at halftime after holding the Hornets to 34 percent shooting, and when Bobby Portis drained a 10-foot jumper with five minutes left in the third quarter, the Knicks held a 71-58 advantage. But then the Hornets got hot from 3-point range and outscored the Knicks 17-5 to cut the home team’s lead to 76-75 heading into the final quarter.

Though the Knicks had passed the “did they come to play test” they failed against the Cavs last week, they still had to prove they could finish. That’s what this team will struggle to do throughout the year, lacking the kind of consistent outside shooting that saved the Hornets.

Despite the poor shooting, a vicious dunk by a very active Mitchell Robinson gave the home team an 88-80 lead with 6:34 to play. But then Graham went nuts, making 3s until he finally caught the Knicks and ruined their night.

“It’s a make-or-miss league,” Fizdale said, “and when it came down to it, they made them.”

It doesn’t have to be called a moral victory, but this is one of those frustrating experiences the Knicks will endure throughout this season. They didn’t fall flat after beating the Mavs as they did last week. But they didn’t find a way to win either. At least the president and the general manager didn’t show up to voice any complaints.

For more on the Knicks, listen to the latest episode of the “Big Apple Buckets” podcast:

Anthony Blunt Was Really A Spy, But Here’s What ‘The Crown’ Doesn’t Tell You
World News