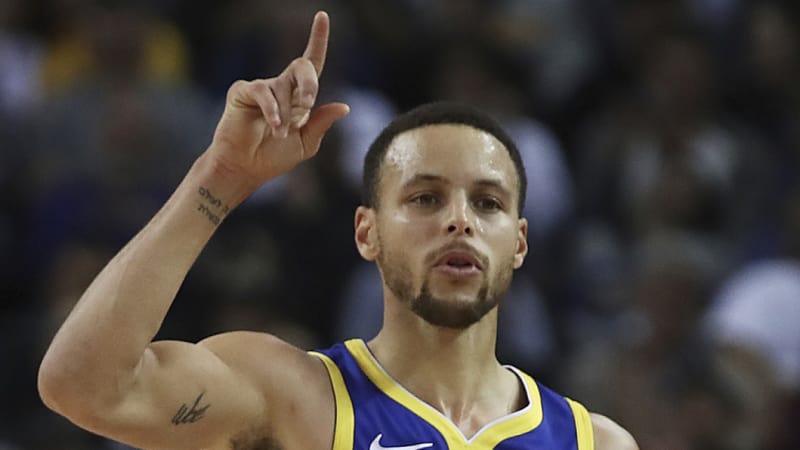 Stephen Curry says the US never landed on the moon, NASA cries foul

Until this precise moment in his nearly decade-long career, Stephen Curry has remained gleefully free of controversy.

His Twitter profile includes a scriptural reference and also a hat tip to a spouse who has never appeared on Basketball Wives. His news conferences – essentially analyses of how he crushes the championship dreams of his NBA foes – have been upstaged by his adorable daughter. At one point, the two-time NBA MVP's signature shoe was mocked as "the ultimate shoe for dads with bad arches".

A few seconds of a podcast, however, may have changed everything. 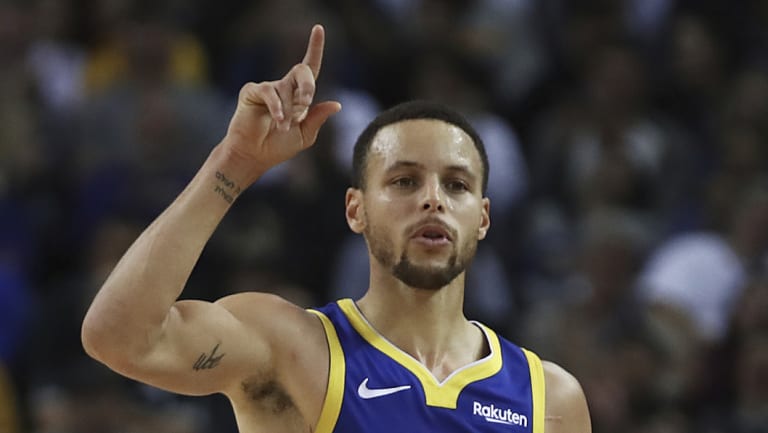 No moon landing? Stephen Curry raised eyebrows with his comments.Credit:AP

Curry was a guest on the Winging It podcast, hosted by Vince Carter and Kent Bazemore of the Atlanta Hawks. The Warriors guard was supposed to talk about the endless comparisons to dynamic rookie point guard Trae Young, but things veered off script. At one point, the players were talking about the sounds dinosaurs make when Curry abruptly changed the subject to his belief that human beings have never landed on the moon.

"We ever been to the moon," he asked.

The others agreed the answer was no.

"They're going to come get us," Curry replied. "Sorry, I don't want to start conspiracies."

If he's indeed serious, Curry joins an exclusive group of elite NBA ballhandlers who seem to believe the world has been spoon-fed science lies. The other star in that group: Boston Celtics flat-earther Kyrie Irving, who drew the ire of science teachers everywhere when he said he believes the world we inhabit is shaped more like a basketball court than an actual basketball. 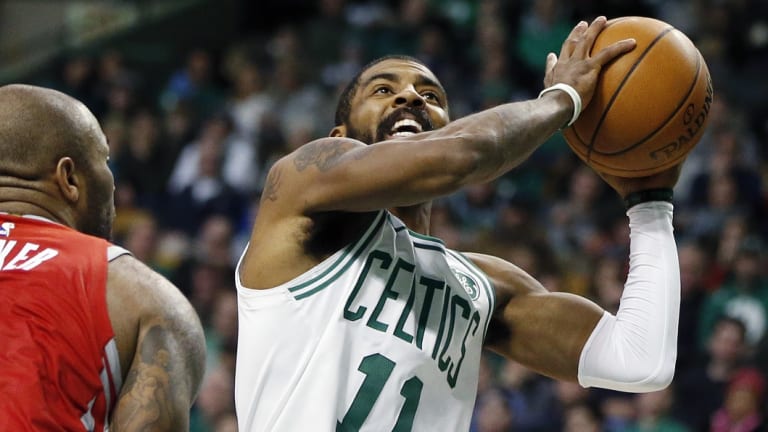 Kyrie Irving has made headlines with his flat-earth comments.Credit:AP

Curry's conspiracy theory became the biggest faked-moon-landing story since Buzz Aldrin punched a conspiracy theorist in the face. In the NASA legend's defence, Bart Sibrel had called the second human to walk on the moon "a coward and a liar". Prosecutors dropped assault charges against the Presidential Medal of Freedom honoree, according to the BBC, "after witnesses came forward to say that Mr Sibrel had aggressively poked Mr Aldrin with the Bible" before the septuagenarian landed the punch.

The world cared little that Curry, recently returned from a groin injury, put up 38 points and made seven three-pointers Monday night – or that he set a new NBA mark for free-throw shooting, or that he's now shooting 50 per cent from beyond the arc this season.

And, of course, word reached NASA.

"We'd love for Mr Curry to tour the lunar lab at our Johnson Space Center in Houston, perhaps the next time the Warriors are in town to play the Rockets," a NASA spokesman, Allard Beutel, told the New York Times. "We have hundreds of pounds of moon rocks stored there, and the Apollo mission control.

"During his visit, he can see firsthand what we did 50 years ago, as well as what we're doing now to go back to the moon in the coming years, but this time to stay."

According to Popular Science, astronauts have brought back 842 pounds of moon rocks for study, including some that are 200 million years older than Earth's oldest rocks.

Still, NASA has been dealing with moon landing deniers for half a century. That the moon landing was a hoax was, as Elizabeth Svoboda wrote for The Post in July, "among the first conspiracy theories to gain traction with the American public". Doubters argue that the flag Armstrong and Aldrin planted seems to flutter in the wind, which should be impossible on a windless moon. They also have said that there appear to be multiple lighting sources in official photos.

Curry could not immediately be reached for comment, so it was unclear whether he'd heard NASA's reaction or would take the scientists up on their offer to view rocks.

The Warriors next play in Houston on March 13, with several days of buffer between games if Curry wants to take the NASA tram tour, or perhaps snap a selfie in front of the Lunar Roving Vehicle trainer.

If Curry does make the trip, it's probably best to not let Buzz Aldrin know.