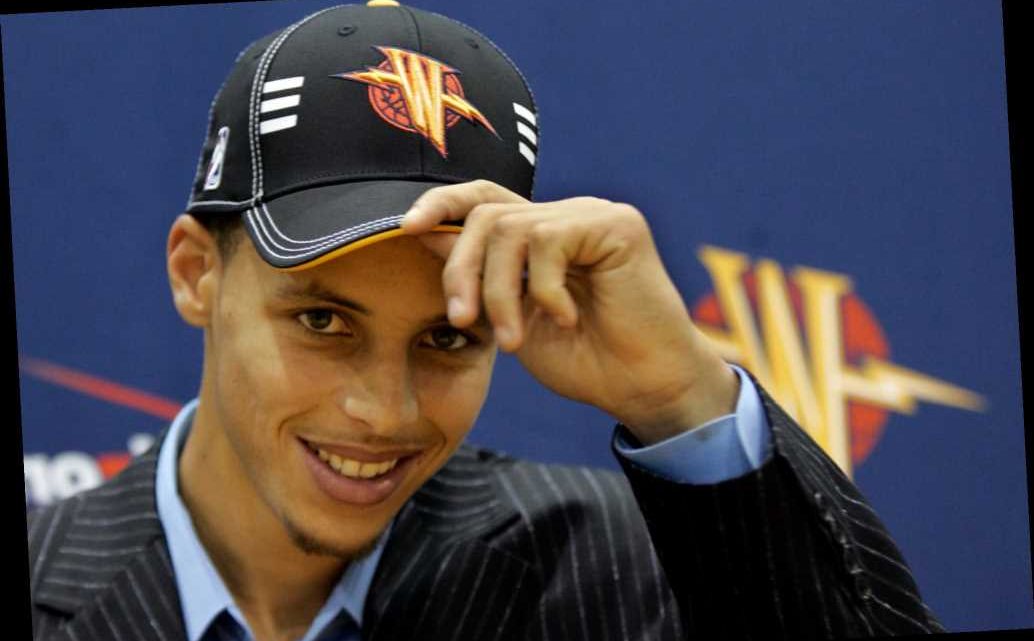 In a weeklong series, The Post is looking at alternate realities in New York sports. We are examining “what if” scenarios for our teams, reversals of fortune that would have radically changed not only the franchises themselves but dramatically altered their leagues, too. There are two rules: The scenario must be grounded in reality and have taken place within the last 30 years.

One day, a Steph Curry statue will grace the grounds of of Golden State’s Chase Center. The new San Francisco palace should really be referred to as “The House that Curry Built.”

To memorialize the Knicks’ misery at losing the superstar point guard by one slot in the 2009 NBA Draft, the Knicks should erect a dartboard on the Garden marquee with the face of former Warriors GM Larry Riley, the mastermind of the pick.

It was 11 years ago when the  Knicks’ biggest “what-if” moment unfolded. Riley ignored the pleas from Curry’s father, Dell, and his agent Jeff Austin and selected Curry at No. 7.

The move has haunted the Knicks ever since. At No. 8, then GM Donnie Walsh took Arizona power forward Jordan Hill, who played 24 games before the Knicks traded him to Houston for cap space amid his rookie season.

In the pre-draft process, Curry and his father made it known publicly he wanted the Knicks. Curry preferred to play for speedball master Mike D’Antoni, saying “This is the system to be in.”

Meanwhile, Golden State had missed the playoffs 14 of the past 15 seasons.

“Both Steph’s dad and his agent made it obvious to us that they’d rather us not pick him,” Riley told The Post earlier this month. “I took a little risk. (Their request) made us stop and evaluate what would happen if we did draft him. We fully understood where they were coming from. We did not have the most desirable situation to go into.

“But he had a good family and felt they’ll do the right thing. I felt Jeff — if there ever was a thing as a good agent — he was one. And everything went smoothly after we drafted him. They accepted where they were. There were no issues that flared up.”

Austin told The Post he made several phone calls to Riley trying to dissuade him from taking Curry.

“I know New York had a great interest in him,” Riley added. “I knew at that time (Curry would’ve preferred he was drafted by the Knicks.”

And Walsh hoped the Warriors got cold feet on Curry.

“The truth is I respected Donnie Walsh a great deal,” Riley said. “Their interest in Steph reaffirmed what we already believed.”

Riley’s resoluteness caused the Knicks to scramble. In an email to The Post, Walsh stated he learned the Warriors were going to take Curry before Draft Night and tried to one-up them.

“I really wanted Stephen in that draft, and when I realized that Golden State was going to take him, I tried to trade up to take him,” Walsh said. “But I could not get the pick I needed so I looked elsewhere and tried to fill a need. Stephen was the guy and he obviously would have made a huge difference.”

However, one source familiar with the situation said Walsh never contacted Minnesota, which held picks No. 5 and 6. Another league source says when Golden State selected Curry, a “huge collective groan” emerged from the war room. That indicated the Knicks were calling Golden State’s bluff.

“It didn’t seem Donnie was prepared for any other scenario,” a former Knicks scout said. “We all love Donnie but he didn’t seem to have a backup plan and it was a mad scramble to finalize Hill.”

Davidson’s Bob McKillop, who coached Curry from 2006 to 2009, arrived at the Garden Theater expecting Curry to join the Knicks — the franchise he adored since his childhood in South Ozone Park.

McKillop, who turns 70 next month, didn’t sense the Warriors were serious.

“We’re sitting there in the green room anticipating he was going to go 8,” McKillop said. “Golden State had not been engaged in any way that we were aware of. But they had Donnie Nelson as coach who has a unique understanding of the game inverting players. He saw Steph as one of the guys who could create chaos for the opponent. But it never got to the point where that was going to happen.”

If that is true, then the Warriors have for years engaged in a version of revisionist history. The conspiracy theory floating around the Knicks’ hallways was the raft of media reports about Curry-to-the-Knicks swayed the Warriors.

“He just had a great game against West Virginia at the Garden,” McKillop said. “The Garden fell in love with him and he left loving the Garden. New York-to-Charlotte, 1 ½ hour flight. The family could see him. He’d get back whenever he wanted. We thought it definitely was going to be New York.”

The Davidson coach, who grew up rooting for Richie Guerin, Willie Naulls and Kenny Sears, remembers being awestruck when former Knicks star Dick McGuire and his son, Scott McGuire, both scouts, came to a Davidson practice. They sat courtside early in Curry’s freshman year in 2006.

“This was before he had an illustrious freshman year,” McKillop said. “Dick said ‘Steph’s an NBA player and he’s going to be a really good one.’ There was tremendous buzz from the Knicks people.”

Riley denies the conspiracy theory – one that also includes Nelson seeking to ruin the Knicks’ dream as payback for his 1996 firing.

“He exploded on the scene in the NCAA Tournament,” Riley said. “And many people still had all these criticisms — he’s too small and is a 2-guard, not a point guard. I wanted to see if he could take some punishment.”

Riley said he scouted a Purdue-Davidson game in Indianapolis. Purdue tried to rough up Curry, who responded. “He took everything they threw at him,” Riley said. “I walked out of the arena saying this kid could play. If we get a chance to draft him, I’m really interested. I was sold in December.”

“He won those guys over,” Riley said. “He overcome that hurdle to start of his career.”

Would Curry have overcome the cauldron of the world’s biggest media market?

“(D’Antoni) would’ve been good for Steph,” McKillop said. “Look what he did for (James) Harden and (Steve) Nash. He would’ve thrived. And who doesn’t get enough credit for what Steph’s done is Dell. He’s been the rock-solid foundation on which Steph built his career – not just from a technical standpoint but emotional standpoint and having him be a great teammate and leader. And once (coach) Mark (Jackson) gave him the keys to the car, it went down the super highway to success ever since then.”

Drafting Curry may have put the Knicks on track to becoming a marquee destination for someone like LeBron James in 2010. Or, some league insiders wonder if he Curry would have been packaged in the 2011 Carmelo Anthony deal before he had blossomed as a once-in-a-generation talent who revolutionized the game with his 30-foot 3-pointers.

And “what if” the Warriors’ Riley got scared off by the Curry camp’s request?

“We had to make that evaluation if they were going to cause us trouble,” Riley said. “We were comfortable they would not.”

Rocky Mountain National Park reopening: What will open, what won't

If your kid is a picky eater, you might be a helicopter parent
World News