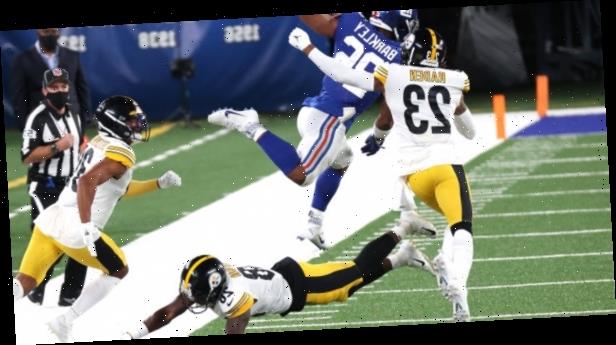 The Pittsburgh Steelers’ defense was so good last season, it almost dragged Mason Rudolph and Devlin ‘Duck’ Hodges to the playoffs.

The Steelers’ defense might be even stronger this season. And their quarterback play is going to be light years better.

Pittsburgh’s defenders seemed to be competing to see who could hit Daniel Jones and Saquon Barkley the hardest. The defense was phenomenal in a suffocating 26-16 win over the New York Giants on Monday night. Other than one long touchdown pass, the Giants rarely got anything going. Barkley, a spectacular back, had just six rushing yards on 15 carries. According to Pro Football Reference, only three other times in NFL history has a back registered six or fewer yards on at least 15 carries in a game.

And while Ben Roethlisberger still looked a little rusty coming off elbow surgery, the Steelers had to be happy to see him back, too. Pittsburgh looked very good Monday night. Maybe even Super Bowl good.

The New England Patriots and Miami Dolphins play before empty stands during the coronavirus pandemic in the first half of an NFL football game, Sunday, Sept. 13, 2020, in Foxborough, Mass. (AP Photo/Charles Krupa)

CINCINNATI, OHIO – SEPTEMBER 13: Quarterback Joe Burrow #9 of the Cincinnati Bengals throws a pass as he warms up before playing against the Los Angeles Chargers at Paul Brown Stadium on September 13, 2020 in Cincinnati, Ohio.(Photo by Bobby Ellis/Getty Images)

NEW ORLEANS, LOUISIANA – SEPTEMBER 13: Tom Brady #12 of the Tampa Bay Buccaneers celebrates a touchdown run with teammates against the New Orleans Saints during the first quarter at Mercedes-Benz Superdome on September 13, 2020 in New Orleans, Louisiana. (Photo by Chris Graythen/Getty Images)

CINCINNATI, OHIO – SEPTEMBER 13: Quarterback Joe Burrow #9 of the Cincinnati Bengals, teammates and the Los Angeles Chargers stand in unity during the U.S. National Anthem at Paul Brown Stadium on September 13, 2020 in Cincinnati, Ohio. The NFL began their 2020 season and the Bengals didn’t allow fans in attendance due to the Covid-19 pandemic. (Photo by Bobby Ellis/Getty Images)

SANTA CLARA, CALIFORNIA – SEPTEMBER 13: The San Francisco 49ers run onto the field for their game against the Arizona Cardinals at Levi’s Stadium on September 13, 2020 in Santa Clara, California. (Photo by Ezra Shaw/Getty Images)

The Steelers started slow. They muffed a punt that led to a Giants field goal. The offense didn’t do a whole lot early on. But T.J. Watt’s fantastic interception, dropping into Jones’ passing lane and leaping to grab his pass, started to change the momentum.

Pittsburgh’s defense looks fast and fierce. Jones rarely had time to throw. Barkley was hit by multiple defenders just about every time he got the ball. Pittsburgh is strong on the line, has speed off the edge and is good in the secondary. The Giants hit a 41-yard touchdown pass to Darius Slayton on a rare Steelers breakdown to take a 10-3 lead, but that was about it. The Steelers scored 23 straight points after that.

New York did go on a slow, methodical 19-play drive in the third quarter when the game was still close, but the defense made the play of the game. Bud Dupree got pressure on Jones, who should have taken the sack or thrown it out of bounds. Instead, he tried to throw to the end zone, his arm was hit by Dupree and defensive lineman Cameron Heyward caught the pop fly for a crucial interception.

The Steelers’ offense didn’t have to do too much with the defense playing that well, and eventually that unit found its rhythm, too. 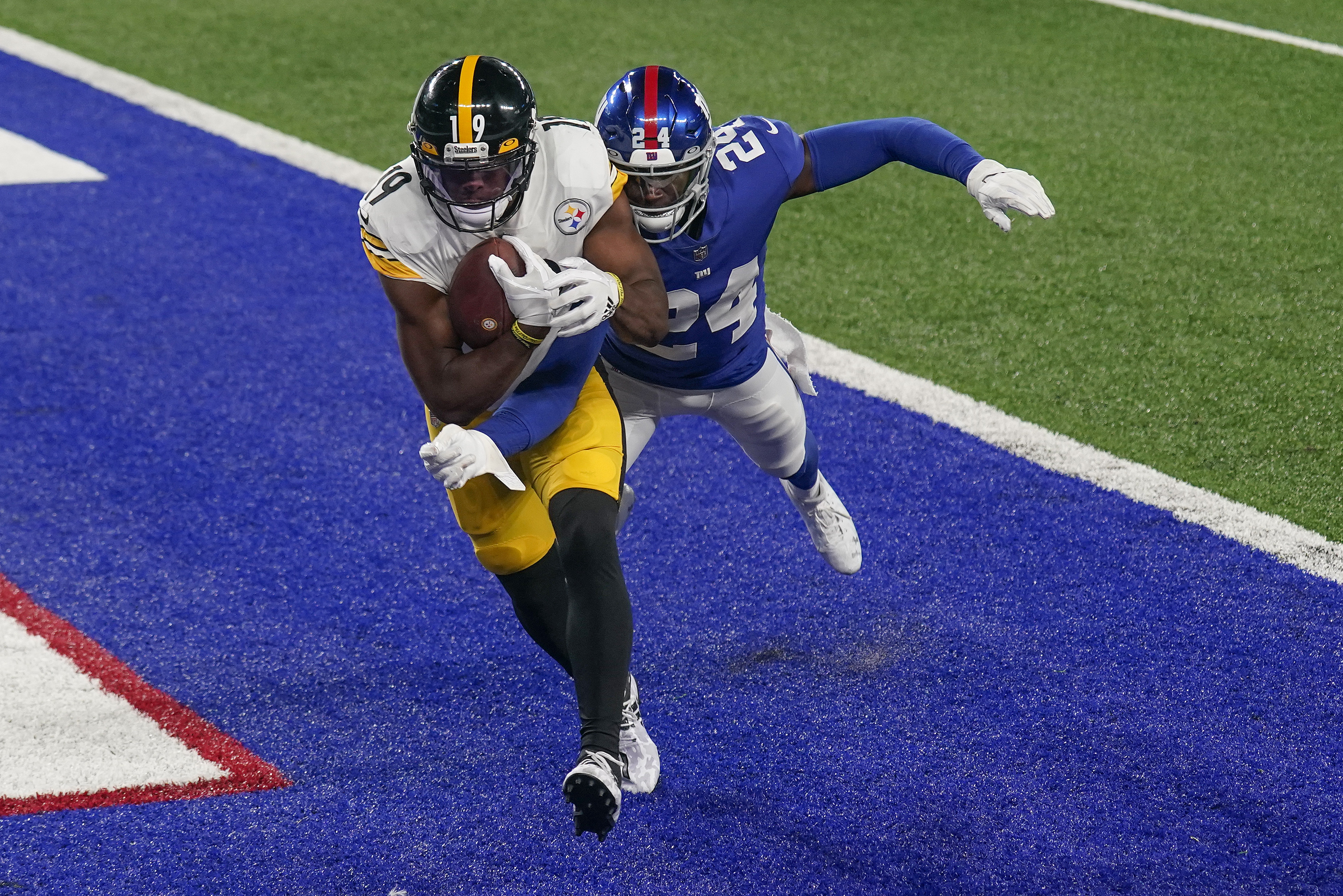 Ben Roethlisberger’s return is a success

Roethlisberger started to get rolling in the second half, finding all his receivers. JuJu Smith-Schuster, who struggled with Rudolph and Hodges throwing him the ball, had two touchdown catches from Roethlisberger. Smith-Schuster also had a key fumble recovery when Benny Snell Jr. fumbled right after Heyward’s pick, a huge turning point in a game that was close into the fourth quarter. Other than the fumble, Snell looked like a revelation at running back, rushing for more than 100 yards.

The Steelers knew they had a good defense coming into the season. They might have the best defense in football, or very close. Pittsburgh never seemed concerned about Roethlisberger coming back and looking 100 percent, and all of the positive reports on his recovery during training camp looked accurate on Monday night. He made several nice throws.

The Steelers’ defense looks like it’s good enough to win a title. Pittsburgh’s offense has enough blue-chip talent to be one of the NFL’s best. Put together, the Steelers might be in for a very good season.