Home » Sport » Spurs ratings: Lo Celso impressed at Southampton but Lucas is not a like-for-like Kane replacement – The Sun 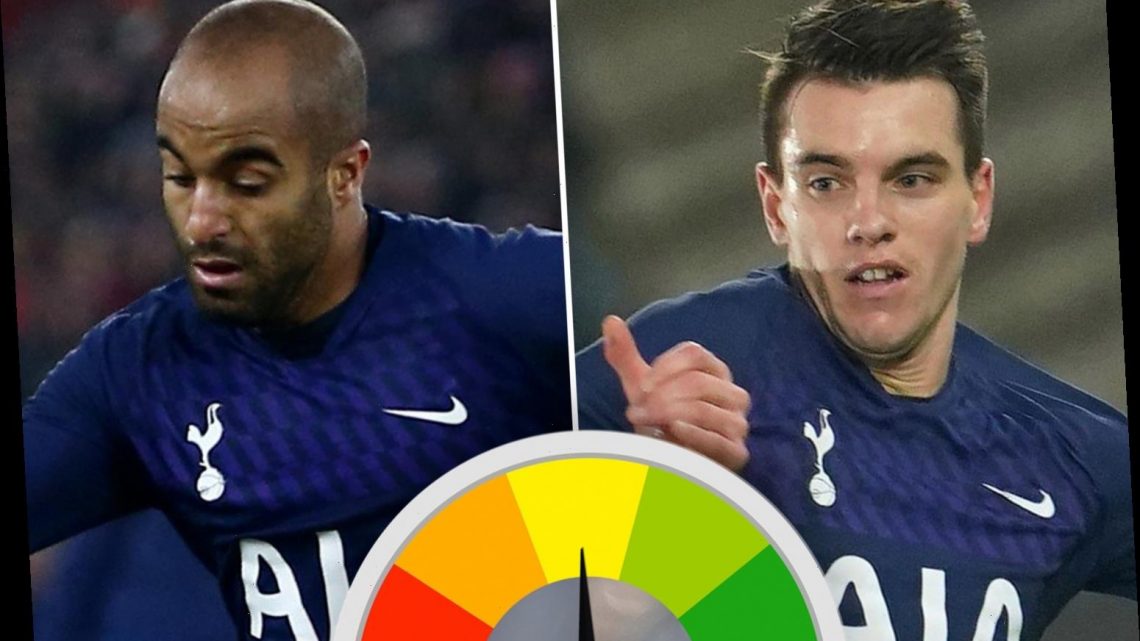 Spurs ratings: Lo Celso impressed at Southampton but Lucas is not a like-for-like Kane replacement – The Sun

TOTTENHAM will have to play yet another FA Cup replay after Southampton pegged them back late on at St Mary's.

Son Heung-min's second half strike was cancelled out in the 86th minute by Sofiane Boufal three minutes from time. 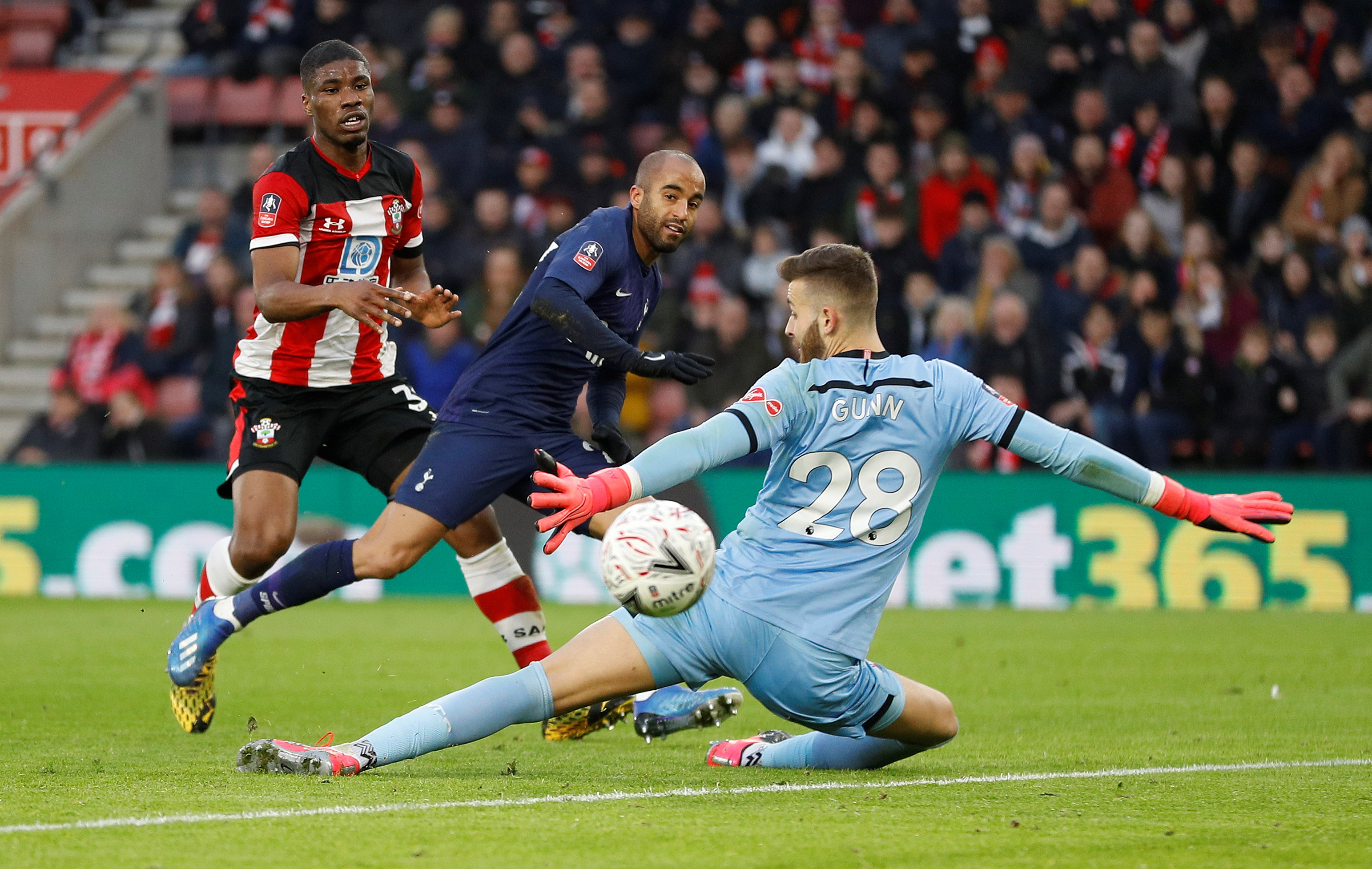 Lucas Moura missed a one-on-one opportunity in the first half as keeper Angus Gunn kept him out with his left leg.

Meanwhile, Argentine midfield maestro Giovani Lo Celso put himself in the frame to be Christian Eriksen's long-term replacement with an excellent performance in the middle of the park.

Dylan Terry watched the game, here's how he saw the Tottenham players performances…

What he had to do he did with confidence and assurance.

He was uncharacteristically calm under pressure, with his only lapse in concentration coming when he was caught between two stalls and lobbed by Ings.

Luckily for the Frenchman, Tanganga brilliantly bailed him out so it was not a costly error.

Performed well down the right, although was overshadowed by the defensive display of Tanganga.

Always offered a creative outlet going forward and ultimately managed to avoid any silly challenges going the other way.

A game without an Aurier blunder is one many Spurs fans will see as a win.

His distribution is never in question as he was able to pick out Lucas with a peach of a long ball midway through the first half.

But his age is beginning to show as he was caught napping several times when Ings found space in behind.

The Belgian's experience is key to ensuring Sanchez does not go wandering, but you wonder if moving Tanganga inside may be the better long-term option.

Was man-handled at times by Danny Ings as the English striker was able to find space in between the two centre-halves all too easily.

Still lacks the ability to pick a pass going forward, but is crucial to the Spurs side given Alderweireld's lack of pace.

Was an absolute rock at the back for Tottenham as he dealt with the pace of Obafemi supremely well.

His goal-saving clearance on the line in the first half was one of the highlights of the game.

Keeping Vertonghen out of the team may become a more regular occurence after today's impressive performance.

Didn't have the best of games compared to Lo Celso, but allowed the Argentine to play by shielding the back four well.

The Spurs midfield undoubtedly look more assured with Winks in the team, even if his contribution does not light up the game like others do.

However, his display will not have caught the eye of Mourinho, who seems to favour others in that position.

A very quiet opening game for the new signing.

He often seemed to be caught in two minds as to whether to stay with Winks or go and help create with Lo Celso.

Will obviously take him a while to figure out exactly what Mourinho wants from him, but he hasn't managed to hit the ground running. 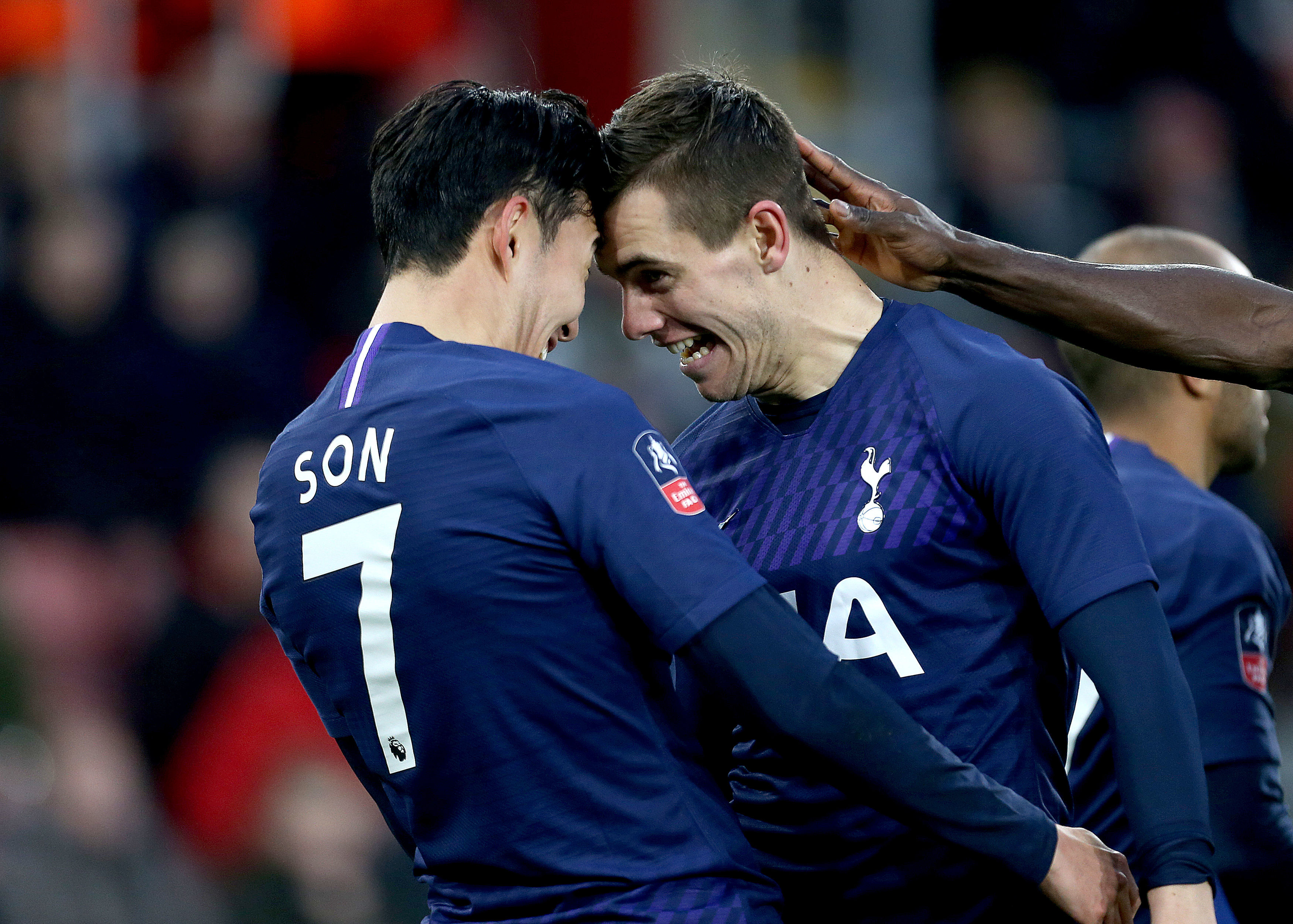 The best creative outlet for Spurs in what was an end-to-end encounter.

Lo Celso picked out Son for the goal and nearly managed to repeated the feat moments later, but for the South Korean to rifle over.

Really seems to be brimming with confidence now in that attacking midfield role – just what Mourinho would have wanted to see given the imminent departure of Christian Eriksen.

Another who had a quiet game by all accounts, although is also an integral cog in Mourinho's wheel.

The movement of Son and Lucas was what made Spurs tick and Alli gave them the space with his runs into the area.

Scored the opener with a wonderfully taken shot into the far corner, Harry Kane-esque.

Missed a couple more decent chances when Spurs could have put the game to bed at 1-0, not so Kane-esque.

Son is still clearly the best forward outlet Mourinho has at his disposal, but it is clear they do miss their talisman.

His ability to lose the centre-half marking him is a trait Lucas Moura posesses in abundance.

However, his finishing is a whole other story, in this game anyway.

The one-on-one he spurned in the first half was the mark of someone not too confident in front of goal.

And he began to tire in the second half, failing to provide the Tottenham defence with an effective outlet to deter the relentless pressure.

Showed he can look dangerous when put into the right areas, but also lacks a final end product.

Could potentially force his way into the team given the poor display by Lucas, but didn't pull up any trees.

Came on for Dele Alli just after Southampton scored and contributed to the defensive effort in the final few minutes.

In his limited time on the pitch he failed to show he can offer an attacking outlet, but didn;t do anything stupid or reckless.

Guess which blockbuster with big star is set for $100 MILLION loss? That’s WORSE than Cats