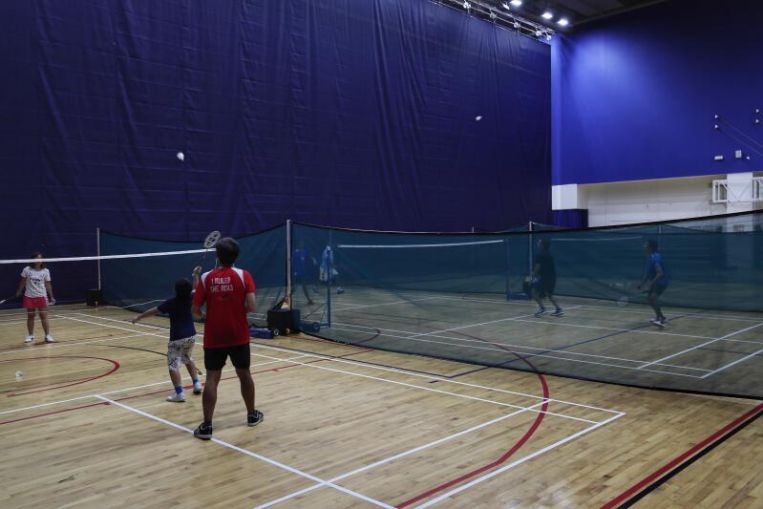 SINGAPORE – In a bid to tackle the issue of resellers profiteering from the resale of public sports facility bookings, Sport Singapore (SportSG) announced that from March 29, all ActiveSG members will only be allowed to book a maximum of two slots per day.

These changes will apply to badminton, basketball, netball and volleyball courts. Previously, ActiveSG members were allowed to make up to four bookings a day – two peak-hour slots and two non-peak hour slots.

The announcement comes after The Straits Times reported in January and last month about how the practice has impacted social badminton players who have had to turn to resellers to get court time after being unable to secure slots. Some were unhappy about resellers profiteering from this and had urged the authorities to do more.

This issue was addressed by Parliamentary Secretary for Culture, Community and Youth Eric Chua in Parliament on Monday (March 8), who revealed that just last month, 105 accounts were suspended and 735 bookings cancelled after investigations.

Responding to a question from Mr Faisal Manap (Aljunied GRC) on how the facility booking system is being improved, Mr Chua said: “SportSG actively monitors feedback on the system through channels such as SportSG’s feedback hotline, the system’s technical helpdesk and app store reviews.

“In 2019, SportSG rolled out version 2.0 of its booking app and regularly releases updates in response to public feedback, as well as to keep up with app developments. SportSG has also been working to fine-tune booking policies and stepping up efforts to combat scripting and on-selling activities.”

He added that SportSG “has enhanced on-site enforcement measures”, where hirers are required to be present or have their booking cancelled. The national agency has also enhanced system measures to deter scripting – which involves the use of computer programs or bots – and imposed stricter penalties against errant members, including account suspension for those found to have abused the system.

Recreational badminton player S. Levain, 27, who works in the marine industry, had previously faced difficulties in booking ActiveSG courts. While he welcomed the news, he said that it remains to be seen if SportSG’s latest directive will improve the situation.

He told ST: “It’s great that they are going to limit the number of bookings that one user can make. But I have heard of these resellers working as a group and I think the fundamental issue of the resellers hoarding most of the slots may remain.

“But we have to wait and see how the situation changes. It is good to know that accounts are being banned and I do hope for the sake of recreational players like me, that the booking process is improved.”