Home » Sport » Spirit and sportsmanship get Tokyo over the line 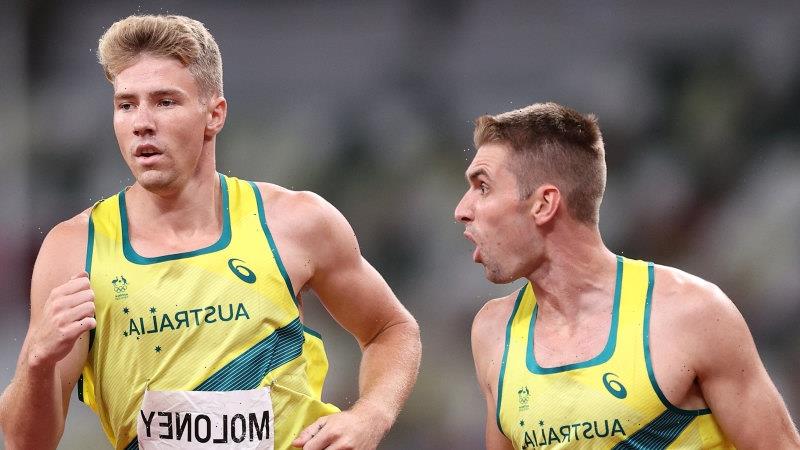 Spirit and sportsmanship get Tokyo over the line

My Tokyo Olympics hero was Cedric Dubler. Being called Cedric would have been enough to get him over the line. But there was so much more to him than his name.

To be honest, I didn’t know of Dubler beforehand, and in a year’s time might find that his surname at least is just beyond the tip of my tongue. I doubt he’d mind. The whole point of the Olympics is those 15 minutes in the sun, or in Tokyo, under the nearest shadecloth. 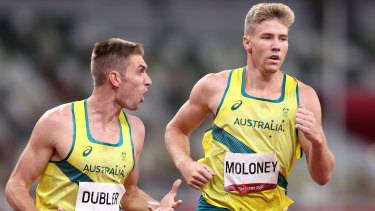 Ash Moloney is encouraged by teammate Cedric Dubler in the last event of the decathlon.Credit:Getty Images

Dubler sacrificed his own ego in the last event of the decathlon, the 1500 metres, to devote himself to the job of cajoling his younger Australian teammate, Ash Moloney, to run the necessary time to cling on to the bronze medal. He was none too subtle; they were Australians after all. “F— yeah” became this team’s unofficial motto.

Thus Dubler by his selflessness established a surely unique and logically impossible niche in the annals. In an individual sport, he was the best team man. 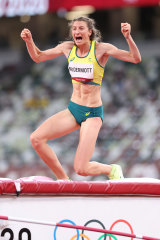 Together, Dubler and Moloney caught the zeitgeist. Theirs was a genuine fellowship in sport. It was evident at these Games as rarely before, not just within teams and nations, but between them. There were too many instances to catalogue here, but you would have seen most. It spread across the Olympics like a virus and radiated around the globe. If it didn’t exactly save the game Games, it made them.

The last thing a fragile world needed was another round of bellicose nationalism. The last thing the people of Tokyo needed was flaunting. And it was the last thing they got. This is really the only lesson to read from these Olympics. Fingers crossed, the circumstances of next Games in Paris will be so different as for the Tokyo playbook to be irrelevant.

If I was to hazard a guess, the absence of crowds played a more than incidental role in the generous humour of these Games. Without heaving grandstands to play on the vanity of the athletes, but with just as many television cameras as ever, their consciousness was different. It was of the virtual crowd back home, who not only did not have the privilege of being in Tokyo, but were going without many of their usual everyday privileges. They made it about us, or at least that’s how it felt. Humility followed apace.

The pandemic has conditioned us all. Such gratitude as we feel is for small mercies. Theirs was simply to be at an Olympics, late and imperfect as they were. This was something to celebrate, but not a cause or time for braggadocio.

Even the sometimes exceptionalism-prone Americans were up with the times. They won the basketball gold, of course, but at the medals presentation, they took time to fraternise with the Australians. The original Dream Team would not have deigned.

Previously, the Australians had demonstrated their own good grace with a mid-match salute to retiring Argentine great Luis Scola. The Olympics always generate a certain volume of this ethereal spirit, but this time it was on a scale that we can only hope and wish will be applied to vaccine manufacture. 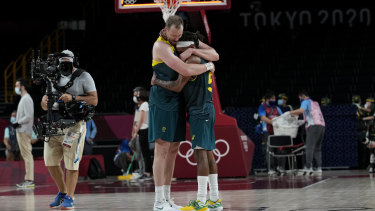 Whether or not Tokyo needed the Games at all is another and still open question. There are always two of every Olympics, the idealised version absorbing the world and the messy reality on the spot. The IOC depended on this. Most dispatches from the frontline had a muted tone to them, offsetting the blitheness on our TV screens. Euphoria was more manifest here than there.

I was one of many who were doubtful about the wisdom of proceeding with these Games. Those doubts may still be validated. Touch wood, I hope not. But the live moment is vivid and joyous and must be recognised. Perhaps without meaning to, perhaps against its understandably nervous national instincts, Tokyo gave the world a gift.

There was the usual full measure of surpassing athletic achievement and its corollary, world-class heartbreak, too much of both to track. Even the near misses had an epic quality.

It was impossible to know where to look next. You can’t have missed the heroics of Emma McKeon and Ariarne Titmus and Jessica Fox and Patty Mills, but have you caught up, for instance, with Dutchwoman Sifan Hassan, who won medals at 1500, 5000 and 10,000 metres, an unprecedented feat at one Olympics? And while rejoicing in Melissa Wu’s diving bronze, did you notice the Chinese gold medallist, 14-year-old Quan Hongchan, inconceivably scored three perfect 10s? 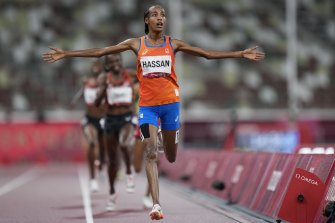 The new sports endeared themselves immediately. It’s not always so in a movement set in its ways. Skateboarding and surfing made their distinctive scuff marks on these Games, and the climbing was perversely compelling. Besides, what could be more 2021 than climbing up a wall?

Did we let the Olympics sprinkle fairy dust in our eyes? Of course we did. We always do. The IOC depends on it. In our trance-like state, we forgot the pre-Games caveats. Because of the patchy nature of competition in the prelude, there were many unknowns. In Tokyo competition, this served to add to the frisson.

But those unknowns included murky corners. History teaches that in time, some of the gloss will prove to be counterfeit. On that you can depend. But there will be plenty of time for cynicism later. We’ve got to get through the world weariness first.

Australia picked a good time to have a good time. Some of the lessons of recent Olympics were learnt and applied. One was about hubris. Funnily enough, once we stopped crowing about the number of medals we would win, we totted them up at a heady rate. Sure, there were black spots – cycling was one – but against that there were medals in events in which there’d been few or none previously. The remodelled system works. 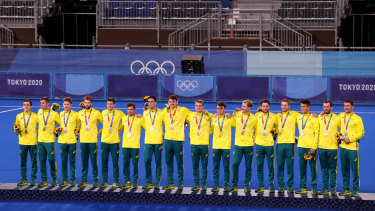 The good account Australia gave of itself went beyond dull numbers. There were wobbly moments, but they can be seen as exceptions rather than examples. We can simultaneously be appalled at the men’s hockey team’s breach of protocol and bemused by the innocence of their offence. They were buying beer, not randomly and wholesale regurgitating it. The whole incident says more about the dislocation of these times than them.

At risk of parking myself out on a limb, even Channel Seven deserves laurels. I haven’t been home for the Olympics for 25 years. Now I was not only at home, but confined there. I expected the worst. But like the athletes, the network seemed to have plugged into the mood.

A certain amount of jingoism is inbuilt, but this time was dialled back a notch. As the swimmers set the tone, so did Ian Thorpe. After his perfectly modulated contribution, anything more hysterical would have been absurd. Seven seemed to know it.

Besides, let’s be honest: we were open to a bit of oi oi. Some stroking of the national ego didn’t hurt right now. This is the escapist role sport played in the Great Depression, gilding legends that have not dimmed to this day. There was no public health risk then, just more depression. Now there are both. The question now is how long the panacea effects will last. 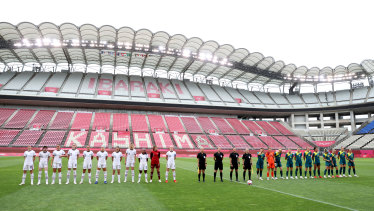 Australia and the US women’s soccer teams sing their national anthems before an empty stadium.. Credit:Getty

As the team straggles back into quarantine and the rest of us step back through the 50-inch looking glass, the hope we can cherish is that the Tokyo Olympics can be a Cedric Dubler to all of us. There was nothing in it for the people of Tokyo as there wasn’t for Dubler, but with luck and effort they just might have given us the shove that gets us all over the 2021 line.