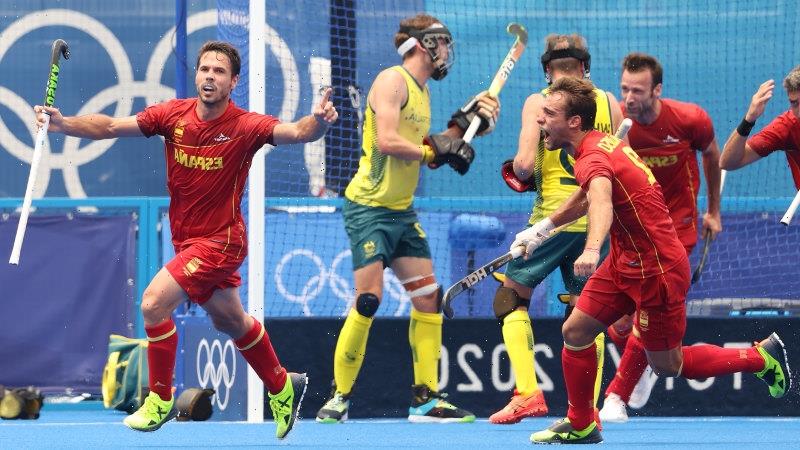 Spain hold Kookaburras to a draw with last-gasp goal

Australia got their first taste of what to expect in the knockout phase of men’s hockey as a desperate Spain stole a 1-1 draw with a final-minute penalty corner strike on Friday.

The Kookaburras remained unbeaten in the tournament and will be the top seed from pool A into Sunday’s quarter-finals, with the experience from the Spanish game to hold them in good stead for the knockout phase. 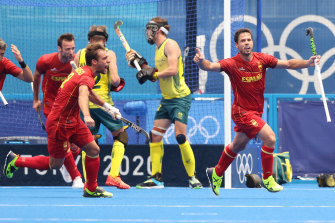 Australia had gone into the match secure in the top spot, but the Spanish needed to get a result to be assured of continuing in the tournament and that desperation proved the difference in the final quarter.

Veteran Pau Quemada Cadafalch took Spain’s final chance in the final minute of the match from a penalty corner to set off celebrations. The 37-year-old fired a low drag flick past Australian goalkeeper Andrew Charter to continue his career for at least one more game.

Australia dominated with 60 per cent of possession and looked crisp, confident and composed on the ball, but found it difficult to create chances from the field against a well-organised Spanish defence, which often had all 11 players behind the ball.

It is the European style that the Kookaburras will have to master to get three more wins and the gold medal. The lack of space in the final quarter of the field proved problematic for the Kookaburras, who struggled to get good sights on goal.

Unsurprisingly the Kookaburras’ goal came from a penalty corner in the second quarter when Tom Wickham pounced on a rebound after a drag flick from Blake Govers and knocked it in from knee height on his backstick.

There were few chances from the field and the Kookaburras will need to be more efficient from penalty corners in the knockout phase, only scoring once from six set-piece opportunities against Spain.

It will be about converting pressure into goals in the finals and with the Kookaburras only having a one-goal advantage heading into the final quarter, it meant Spain always felt they were a penalty corner away from squaring the contest. 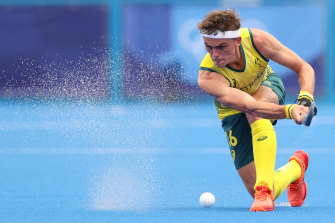 The Kookaburras’ Tim Howard makes a pass against Spain.Credit:Getty Images

The Spanish had plenty to play for in the final 15 minutes and took control. They thought they had the equaliser five minutes into the final period when Marc Bolto found the net but the goal was overturned on review by Australia because of foot in the lead-up.

It took until the 47th minute for Spain to get their first penalty corner for the match and Australia was able to repel a series of three set-pieces, but it only set up the late drama.

'Big Brother': Hannah's Goodbye Message for Brent Was as Savage as He Deserved (Video)