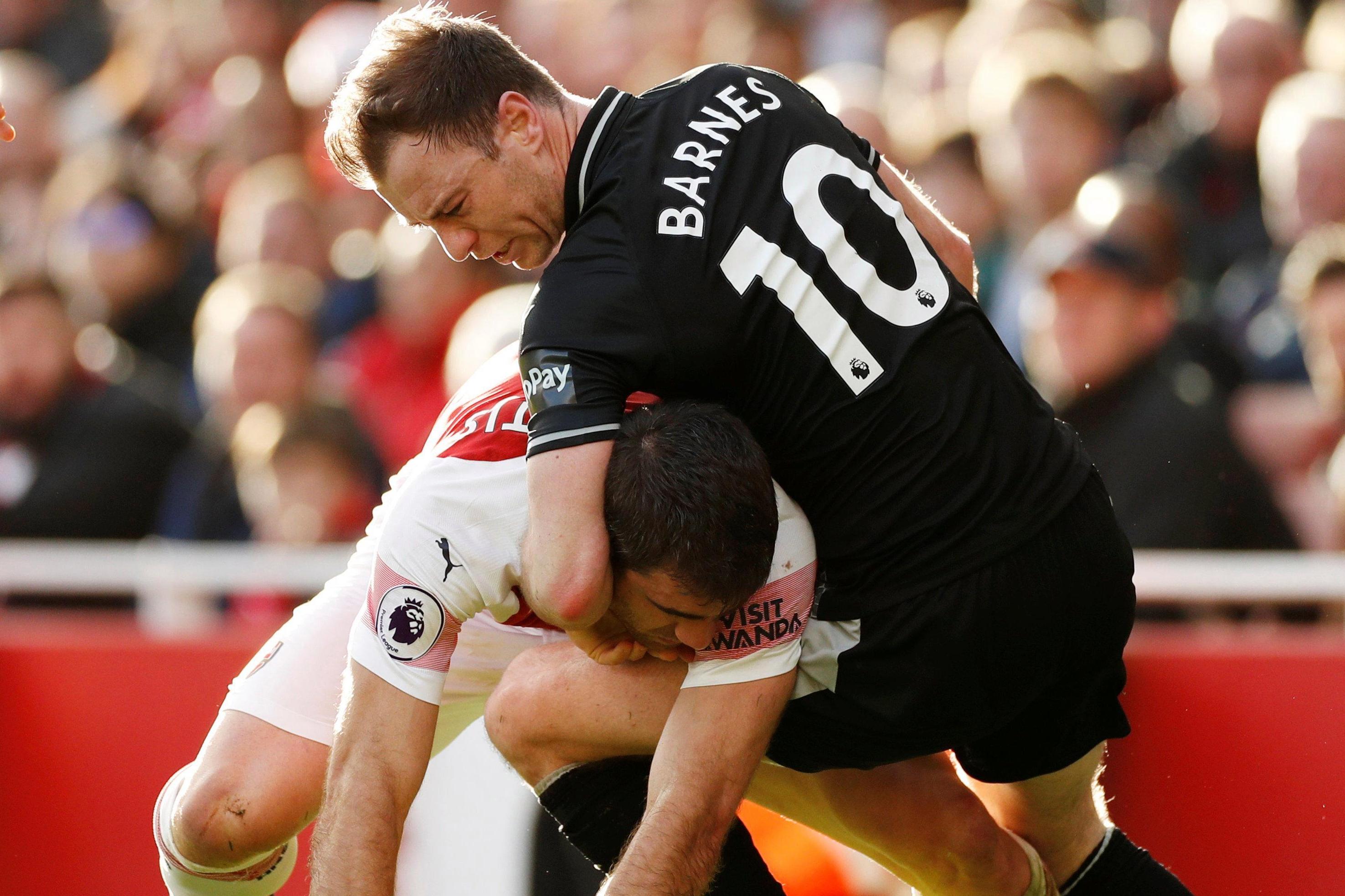 The pair had several encounters throughout the game, but the stand-out tussle came in the first half where they had to be pulled apart as they were rolling around like wrestlers on the sideline. 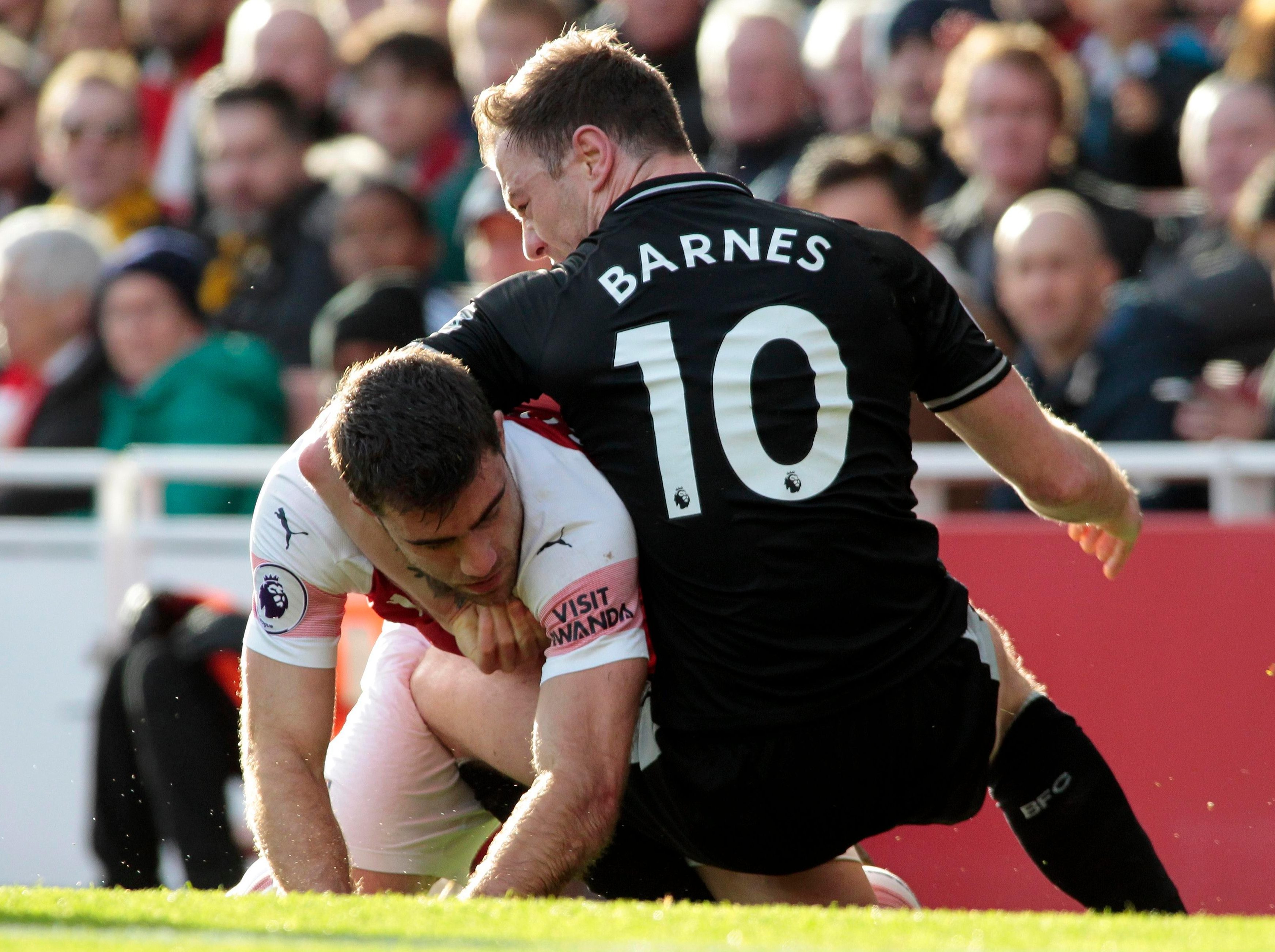 The dramatic scene unfolded when the Greek defender got his body in Barnes' path to get the ball.

Sokritas struggled to stay on his feet and as a result Burnley's forward went tumbling over him.

Barnes found himself on top of Sokritas and the pair then got involved in a tussle, as Barnes grabbed Sokritas by the neck and the pair could be seen doing their best WWE impressions.

Arsenal's young midfielder Ainsley Maitland-Niles was the first on the scene and attempted to pull the fighters apart, before they were joined by other players who attempted to break the pair up. 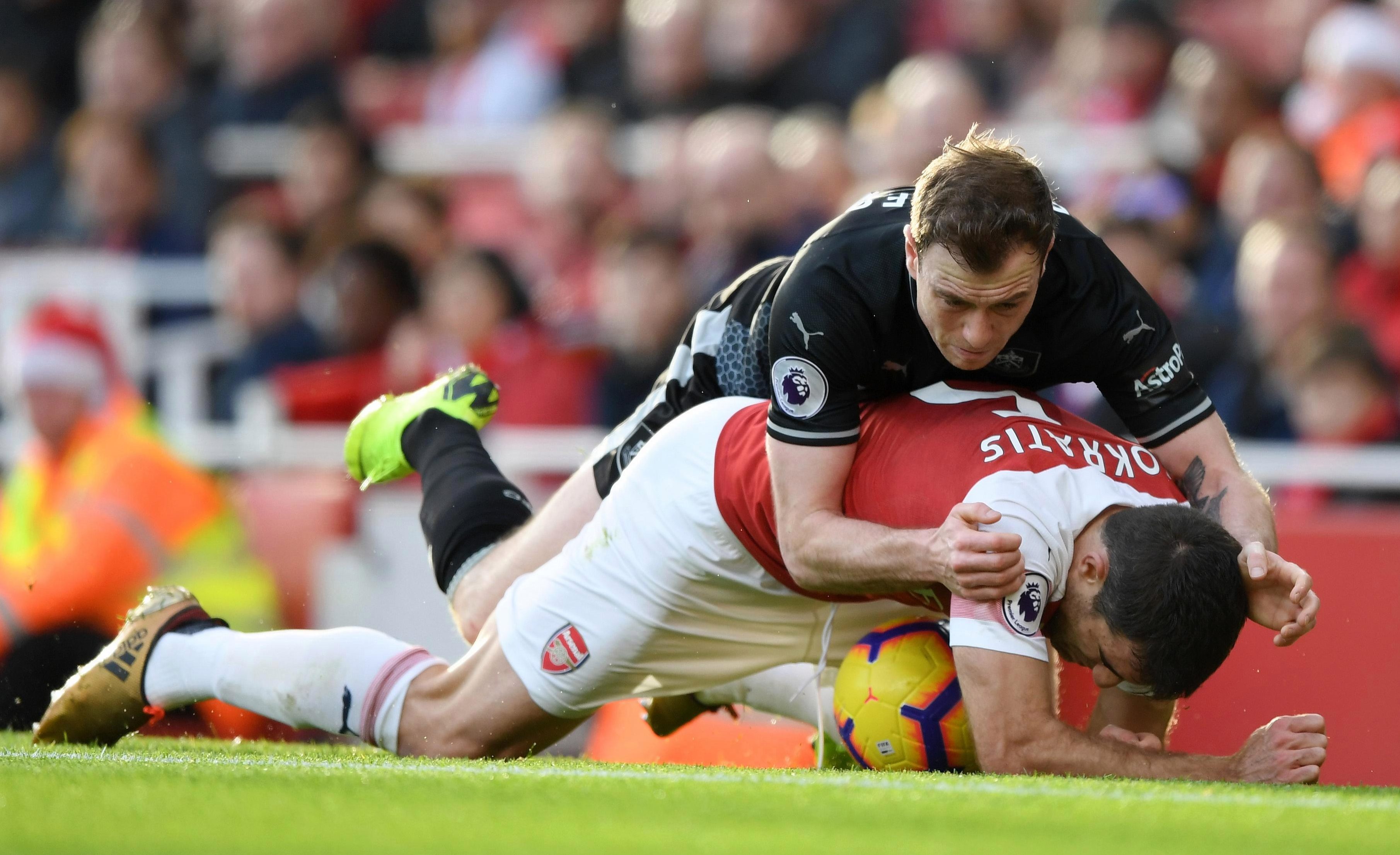 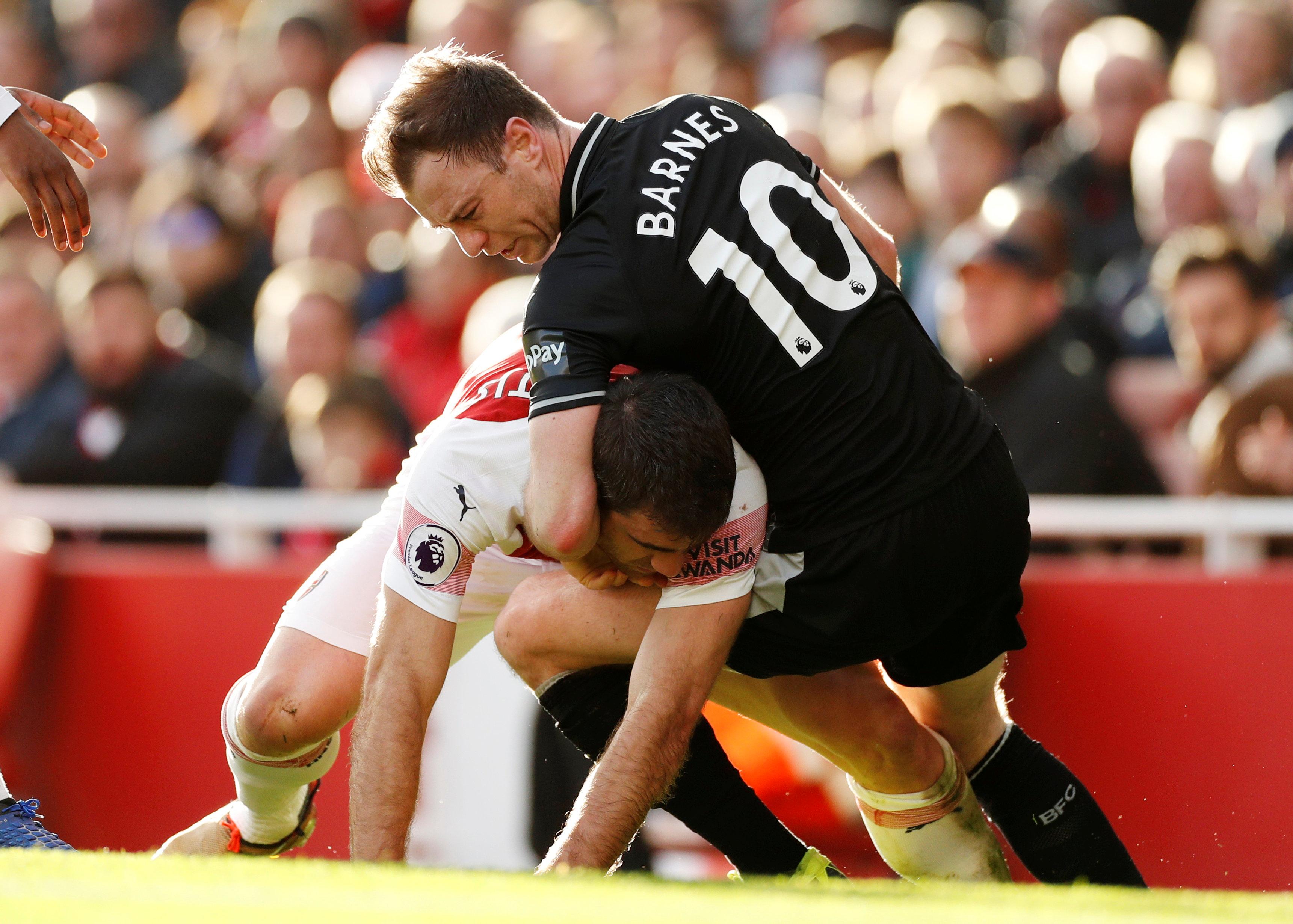 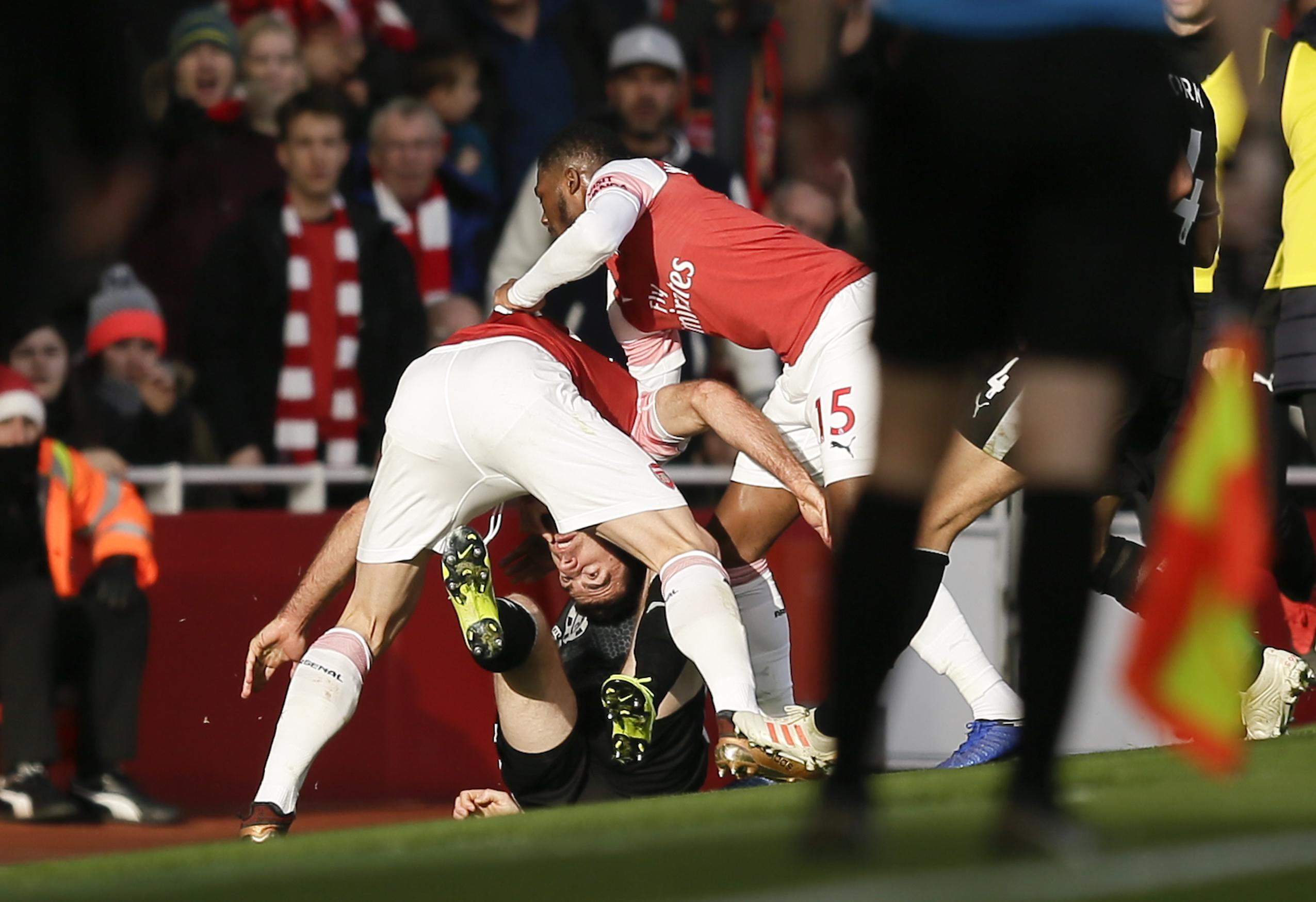 Barnes stormed away and fumed to the referee Kevin Friend to protest his innocent.

Speaking to Sky Sports after the game, the Greek defender gave his version of events.

When Sokratis was asked if he enjoyed the physical nature of the game, he said: " Of course I enjoy it, it's football. Yeah, maybe it got too much, but it wasn't my mistake. But that's football, it can happen.

Barnes was also not phased by the physicality of the game, he said: "It was like any other game. I've got a job to do and that's all I can do. It was handbags on the side (with Sokratis) but what will be, will be." 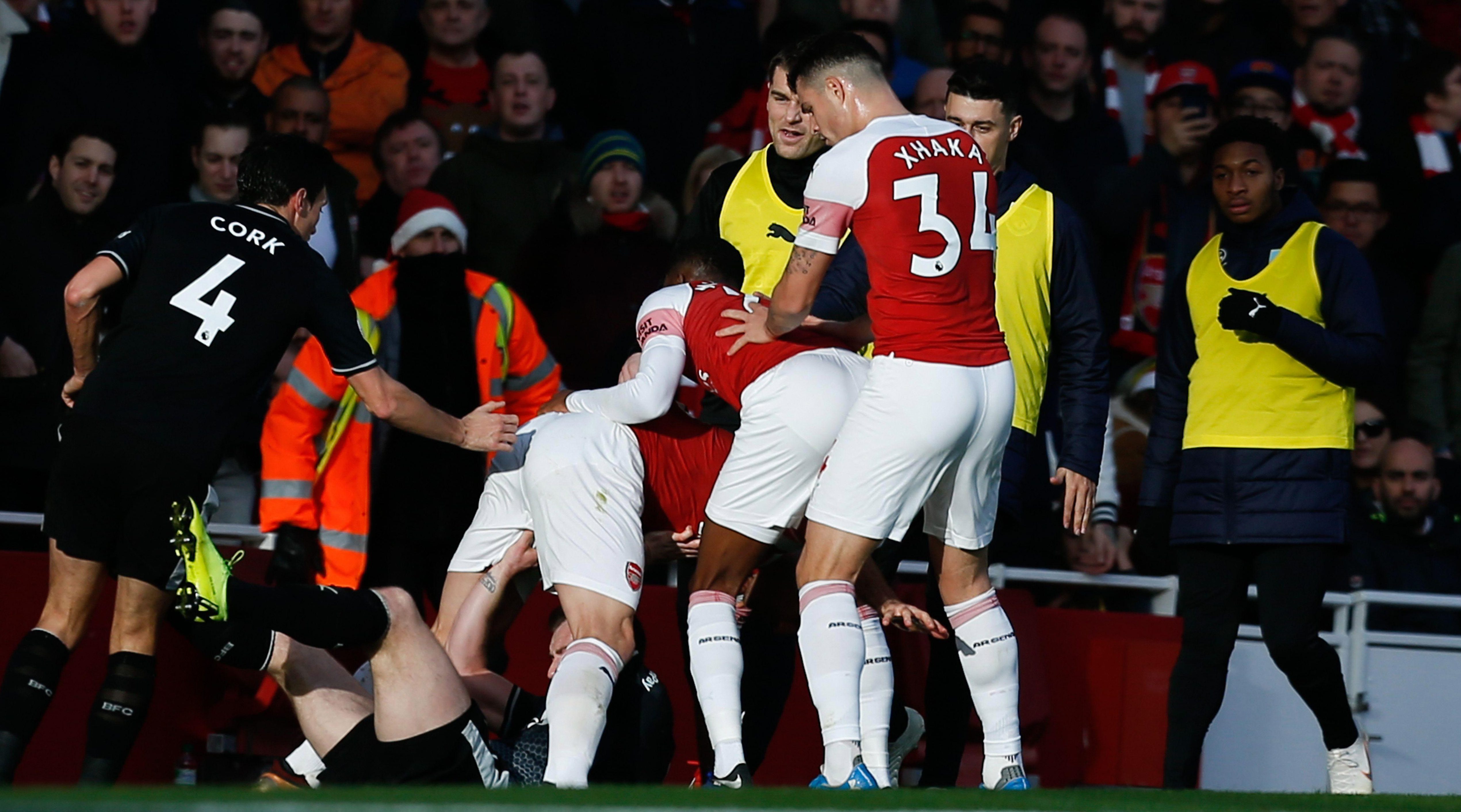 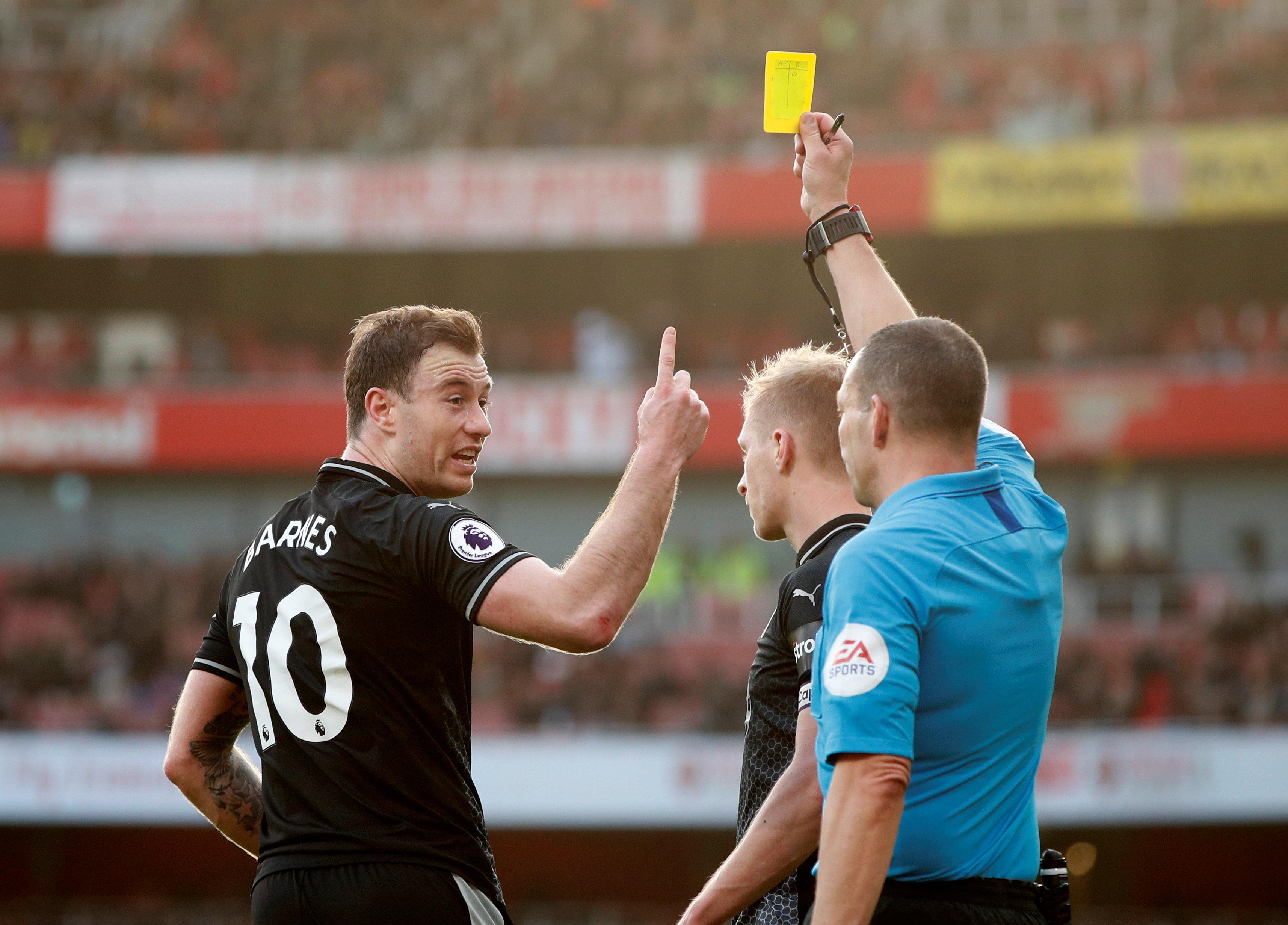 Barnes was punished with a yellow card for his involvement and was frustrated with the ref's decision.

He said: "I was frustrated because I was thinking 'how many times does he have to foul me before he gets booked?'

"He was quick to book me for hardly anything. That's happened now and we've lost the game but we've got to dust ourselves down and go again."

Barnes was lucky not to be sent for an early shower during the clash at the Emirates.

In the second half, after conceding a foul against Matteo Guendouzi, he appeared to plant his right foot onto the youngster's stomach.