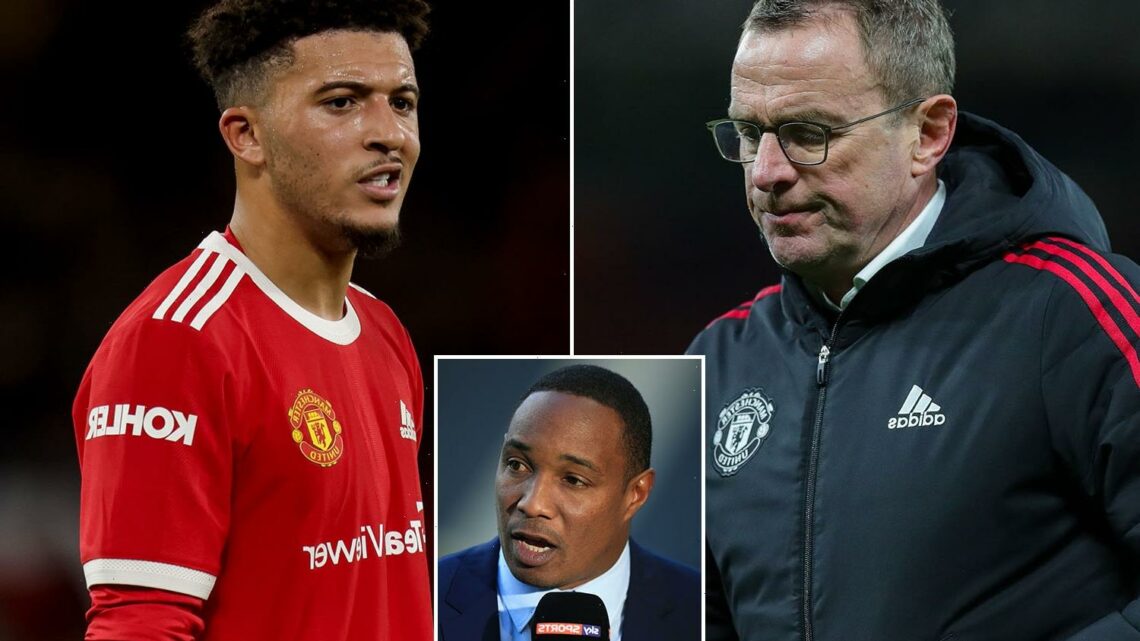 'BANG average' Manchester United have made NO progress under Ralf Rangnick, according to Paul Ince.

The former Red Devils midfielder also slammed the players as 'soft' with just one 'great' player in the squad. 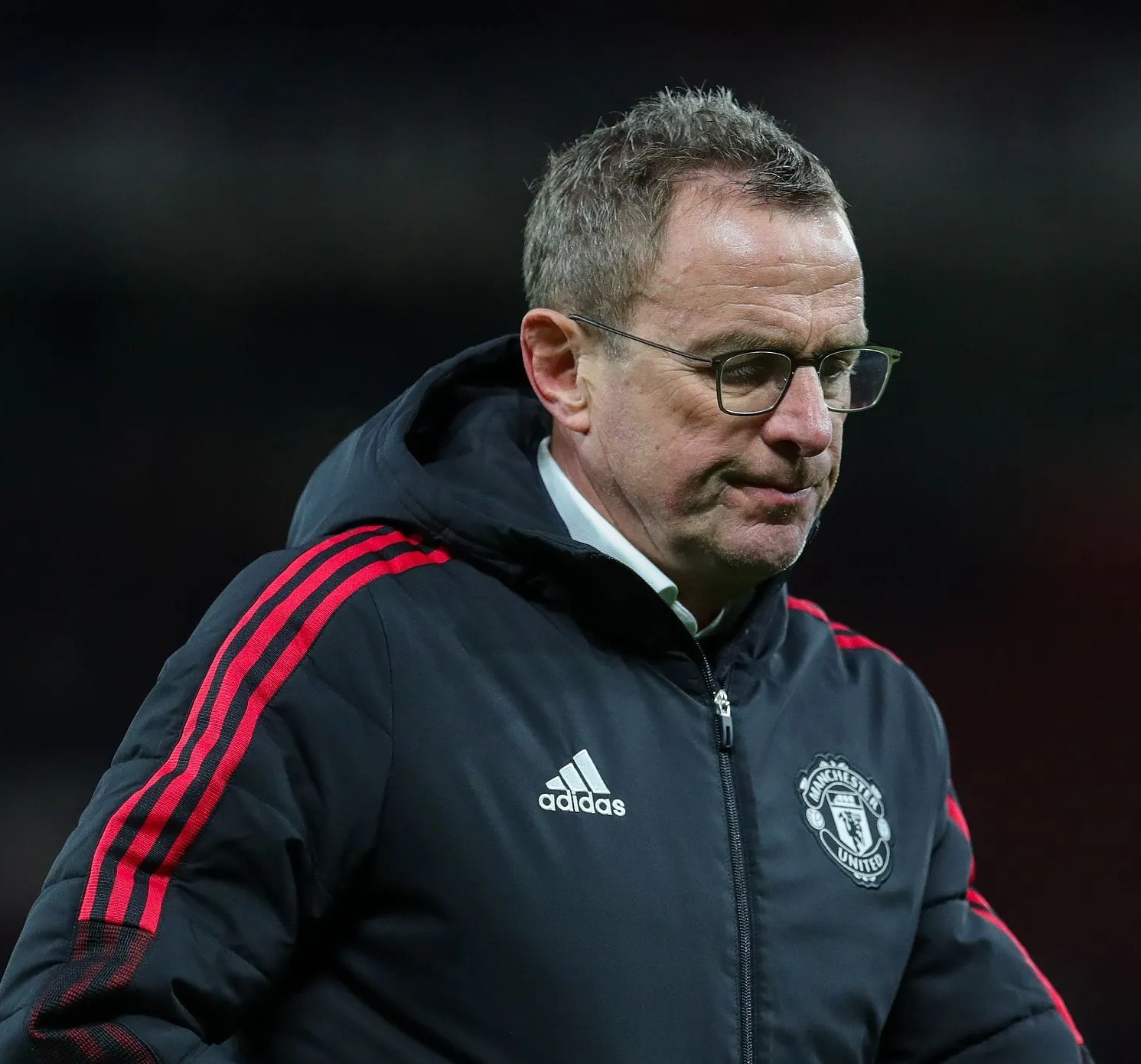 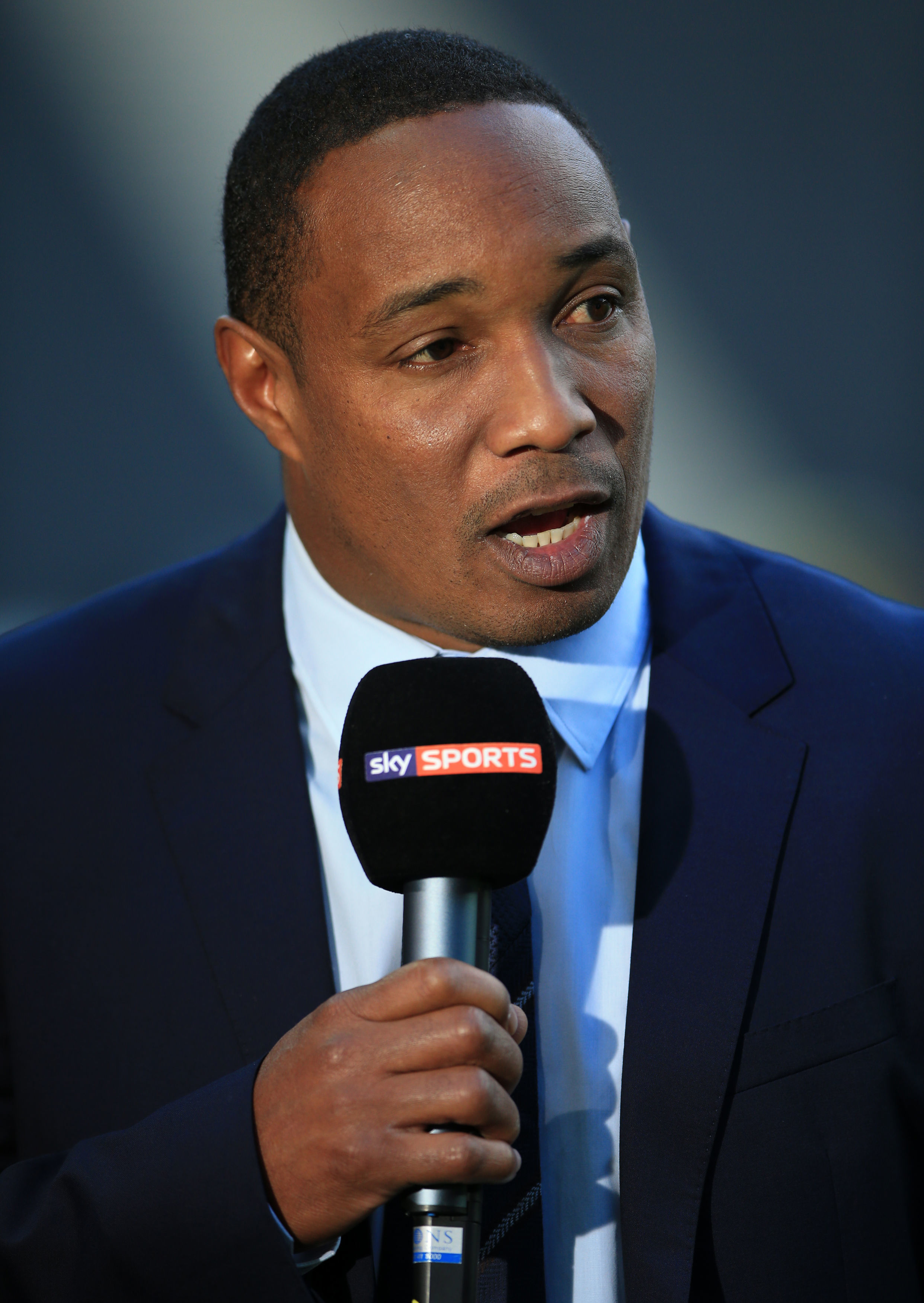 Ince was a Sky Sports pundit for Monday's dreadful performance at home to Wolves as Rangnick suffered his first defeat since taking over as interim boss.

And he did not hold back in his damning criticism of the problems at Old Trafford.

Asked if United have improved since the German came in, Ince fumed: "If I'm being totally honest, then no.

"It reminds me of when Ole first took over at Manchester United and he had an easy fixture list – Cardiff, teams like that – and it came off the back of a Jose Mourinho team where the players didn't really like Mourinho and the atmosphere was hostile.

"Ole came in, had a great fixture list to go into, changed the system, changed certain things, made it a happy camp and they started winning games.

"I think we all got hoodwinked into the fact that this was the way forward and we were making progress. I get that same feeling now.

Most read in FOOTBALL

"The fixture list that Ralf has come into is the perfect fixture list for any manager managing a big club like Manchester United. Apart from Palace at home, the performances have been absolutely bang average, they really, really have.

"If you could ask any Manchester United fan sitting there now who knows about football, do you see a progression in the development of what we have seen over the last five games? You actually have to say no."

United mustered just two shots on target in the whole game on Monday evening, the second of which was a 95th-minute Bruno Fernandes free-kick pushed away by Jose Sa.

Rangnick is on a temporary contract in the United until the end of the 2021-22 campaign.

In his first press conference, the former RB Leipzig chief suggested he would try and secure the job on a permanent contract.

But Ince does not expect that to be the case and believes 'Mauricio Pochettino is the man'.

He added: "Do you see Ralf being the manager come the end of the season? The answer on the basis at this moment – and it is early doors – you've got to say no.

This is a soft, soft team

But it is not just the manager Ince targeted with his comments as he also aimed fire at the 'lost' players.

Luke Shaw came out and questioned the commitment and desire of his team-mates in front of a packed-out Old Trafford.

Ince agreed – and then highlighted their quality, too: "If I had a bad game, Roy Keane would be on to me, Peter Schmeichel…I don't see that.

"They're soft. This is a soft, soft team.

"I see Cristiano Ronaldo, who's a great player, but I don't see anyone else great there."

At half-time, with the scores level at 0-0, Ince described the United display as 'dead' – and singled out Jadon Sancho for having no impact on the game, eventually getting hooked on 76 minutes.

The 53-cap England international gave credit to his former side Wolves but said: "Based on the last game at Old Trafford, I thought Manchester United would come out the traps. It's so dead.

"Wolves have controlled the whole game. It's poor from Manchester United, it's really, really poor. They need to liven up.

"I sense a bit of individuality about this team. Everyone wants to take the glory.

"There has to be some cohesion. They must be working on something in training. There must be patterns of play in training.

"The first half, they look lost. Jadon Sancho needs to get better. He is young and it does take time but I need to see more from him."

Lastly, Ince had his say on the United captaincy.

Harry Maguire missed the Wolves defeat through injury as Rangnick gave the armband to Ronaldo ahead of David De Gea.

But after initially agreeing Ronaldo was the right choice, Ince revised his view.

The 54-year-old explained: "Maguire is the captain, but sometimes when your performances aren't great, as Maguire's haven't been great, sometimes that armband can weigh a bit more on you.

“If you were to give it to someone, if I was Ralf Rangnick I would give it to Scott McTominay.

“Because I think the captain should be based off their performances and what he’s done on the pitch. He’s 25, it would be a nice learning curve for him.

"Now, why give it to Ronaldo when everyone’s moaning about him walking off the pitch every time United get beaten and not clapping the fans.

“It’s also about setting an example and I think the way McTominay is playing, give it to him – let him have a go.” 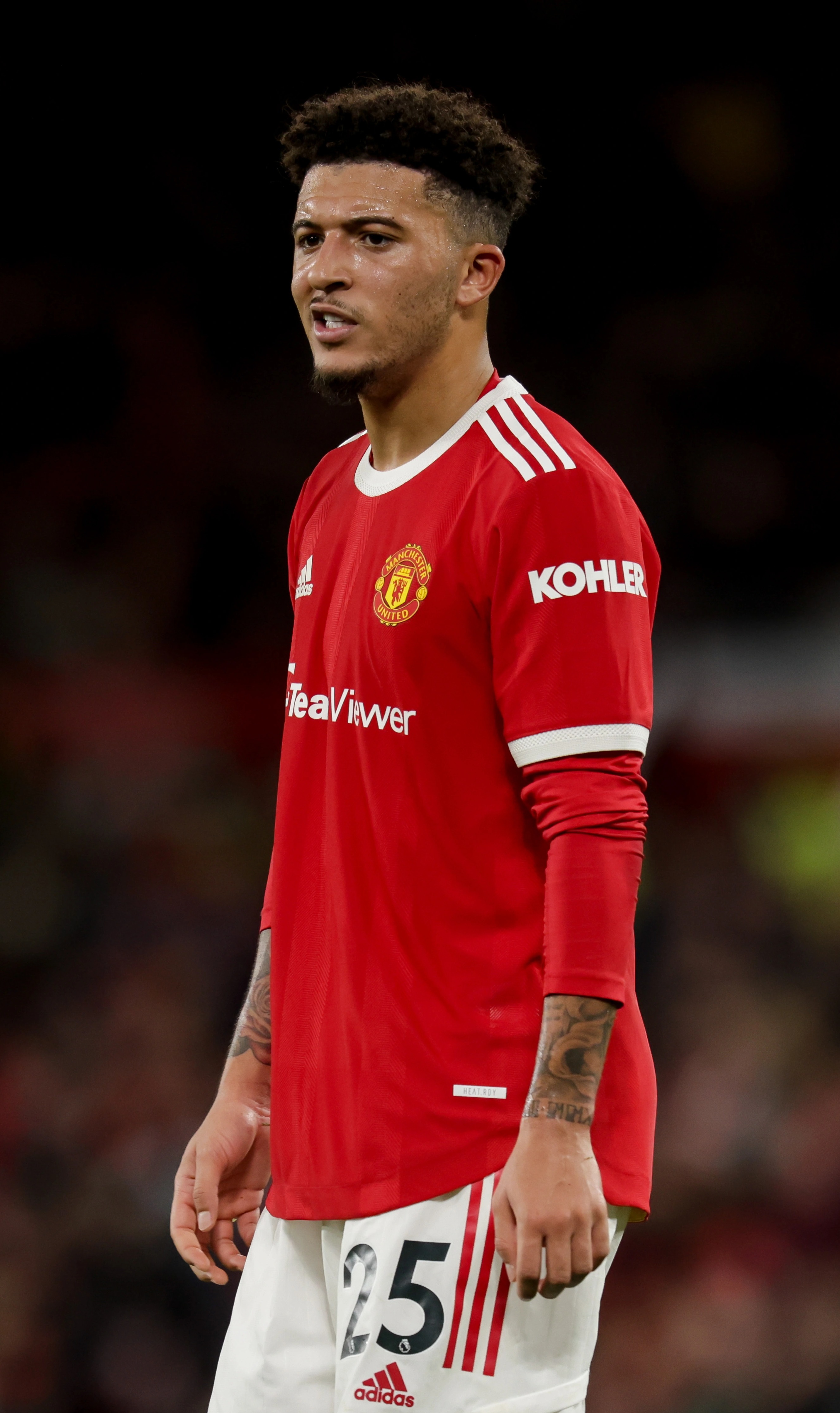 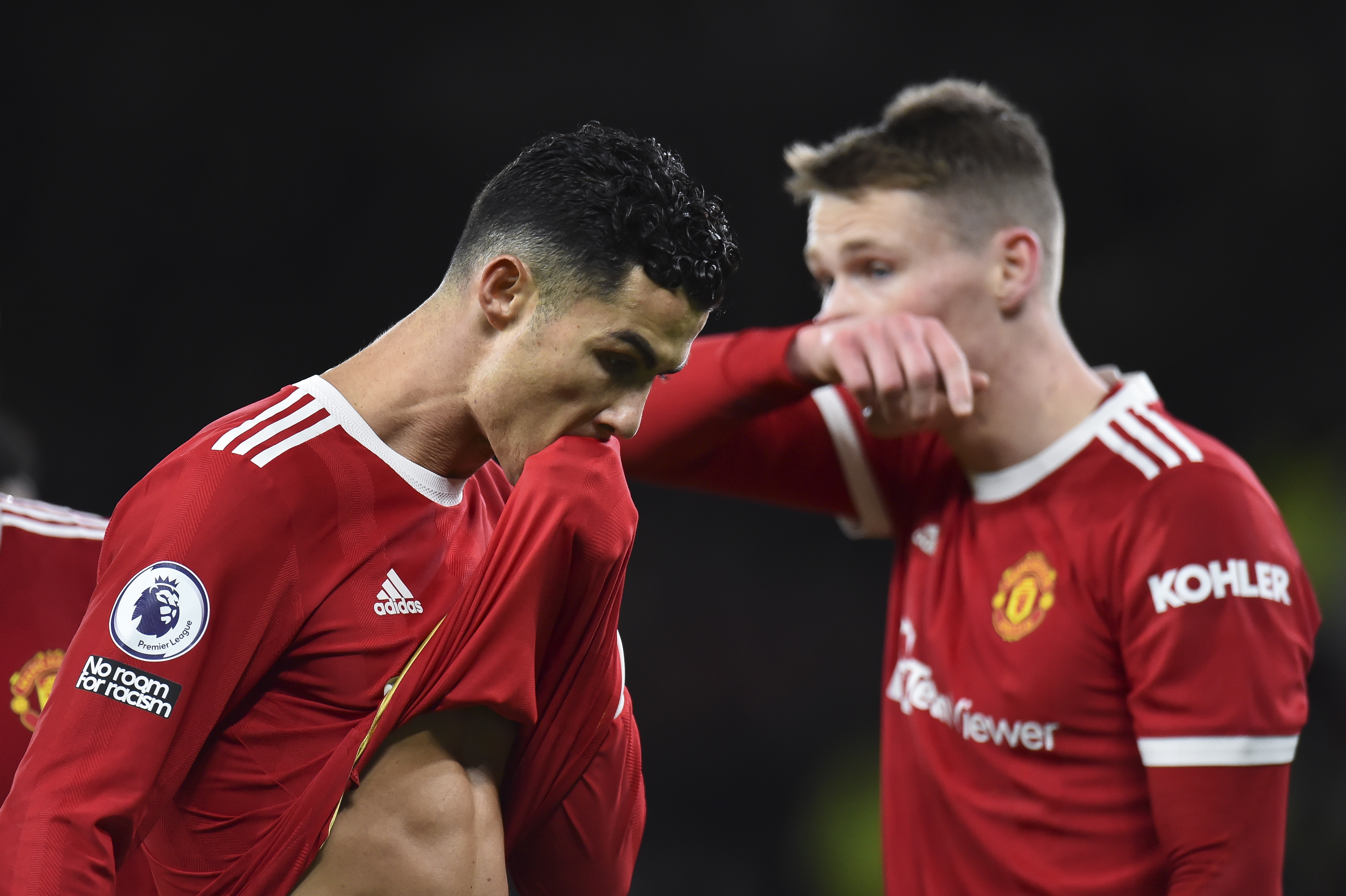 What your dog’s star sign says about them
World News