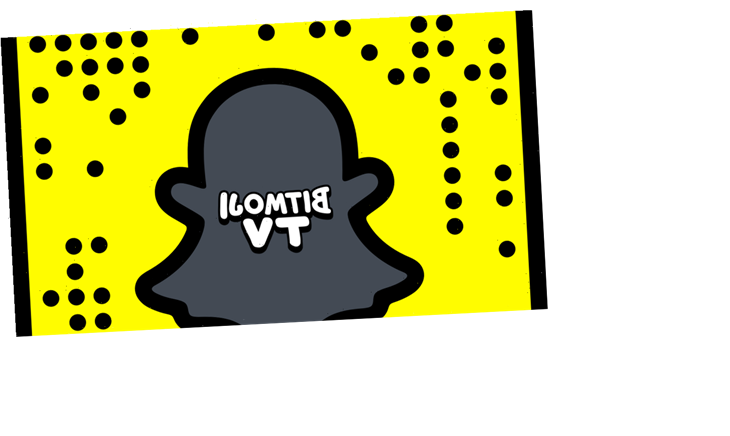 In case you haven’t noticed, Bitmojis have evolved.

They used to be Bitstrips, or user-generated stickers meant to be shared on Facebook. Then they became more like emoji, the little animated characters within your keyboard to be used when words alone just aren’t enough.

Now, the Bitmoji cartoons in your likeness are entering new territory, starring in a 10-part customizable series in a bid to bring back Saturday morning cartoons.

Snapchat launched Bitmoji TV on Thursday, marking a new addition to the platform’s ever-expanding Discovery menu. The series, which was developed in-house, further differentiates the teen-focused app from other social networking platforms like TikTok.

“Bitmoji has been turning everyone in the world into cartoon characters for a few years now. We’ve put you into stickers, video games, and comic strips,” said Jacob “Ba” Blackstock, the CEO and creative director of Bitmoji. “Everything has been leading up to this show.”

“Imagine one day you sat down to watch TV, and you found that you’ve been cast in every show, every movie, every commercial along with your friends. That’s the experience of BitMoji TV,” Blackstock said.

Take a picture of this code to checkout Bitmoji TV. (Photo: Snapchat)

A new episode of the satirical series is populated on Saturday mornings starting in February. Your personal Bitmoji is the main character in each installment, and the last person you talked to on Snapchat will play a supporting role in the four- to five-minute clip.

Celebrities like Randy Jackson along with a few comedy stars offered their characters and lent their voices to the first episode, though your personal emoji won’t talk because Snapchat doesn’t have your voice, yet.

“We have your avatar but we don’t have your voice. So we have a lot of creative solutions to that,” Blackstock said. “Your character will be performing and telling a story without necessarily using your voice.”

Snapchat, with its disappearing messages and 210 million daily users, has released over 95 original series since 2016. Bitmoji Stories, a personalized comic strip launched in 2018, is among the most popular features on the app, averaging 18 million viewers a week.

The platform is favorite among millennials and Gen Z, which have fled Facebook in recent years in favor of innovative alternatives, according to various studies.

Still, Facebook remains the world’s most popular social networking site boasting 2 billion users. Since 2017, it has funneled is users to Facebook Watch, where it has added at least 80 original series, including short and long-form videos.

In 2016, Snap Inc. acquired Toronto-based Bitstrips, which makes the Bitmoji app, in a deal valued near $100 million.

Unlike Bitmoji stickers you can post almost anywhere, your unique Bitmoji TV episode isn’t sharable on other platforms, but you can send your friends a link to generate their own experience.

“This is the kind of thing that can only really happen on Snapchat,” Blackstock said. “It’s unique for everybody who’s watching it. It’s got music, guest stars and you and your friends in a cavalcade of cartoon madness.”