Home » Sport » Skateboarding continues, with the park competition up next. 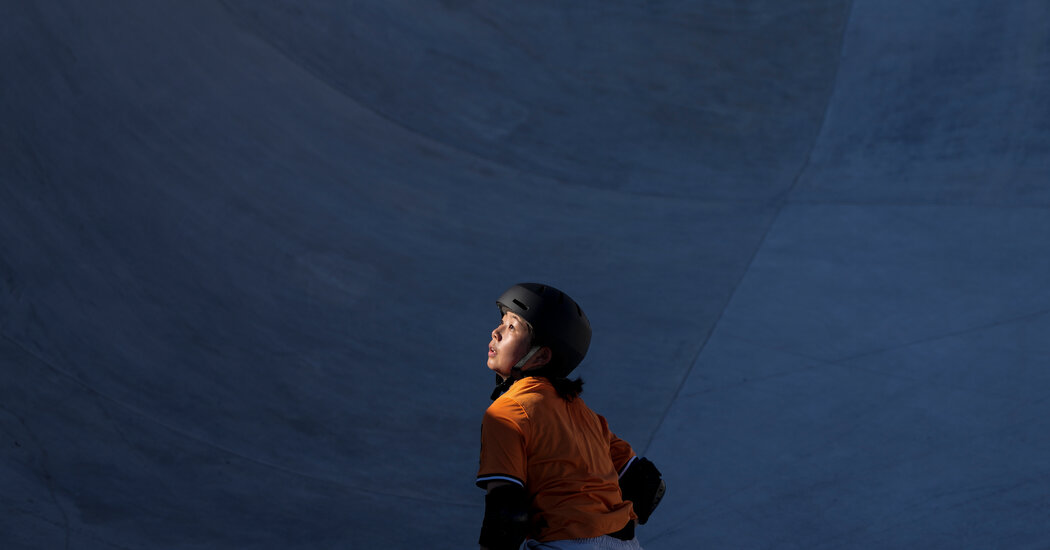 Skateboarding continues, with the park competition up next.

Skateboarding was added to the Olympics with the hope that it would instill the Summer Games with a jolt of youthful rebellion. One way it has been doing that in Tokyo is by starring true youth.

While the street competition wrapped up last week, with Yuto Horigome and Momiji Nishiya of Japan winning golds, women’s park will be held Wednesday (Tuesday night in the U.S.), and men’s park will follow on Thursday at Ariake Urban Sports Park in Tokyo.

Who are some skateboarders to watch?

The youngest athletes in the women’s park event have reasonable expectations to win medals.

Kokona Hiraki of Japan is 12 (she will turn 13 a few weeks after the Olympics), but two bigger favorites are 13-year-old Sky Brown of Britain and 15-year-old Misugu Okamoto of Japan.

Beyond their diminutive sizes and flying acrobatics in the bowl, Brown and Okamoto are a study in contrasts. Brown is the effervescent daughter of a British father and Japanese mother, who grew up mostly in Japan and now lives mostly in California. Her smile will earn her fans in at least three countries.

Okamoto is a quiet and straight-faced competitor, the best park skater of the past couple of years, leading a deep Japanese contingent that may capture more medals in skateboarding than any other country.

Others are likely to be gobbled up mostly by the United States and Brazil. That is the other thing that skateboarding promises besides youth — the likelihood of medalists from four continents and a broad range of diversity and personalities.

Who are some of the other stars?

Men’s park is a wide-open contest that promises high-flying acrobatics, perfect for television. American talent runs deep: Heimana Reynolds, ranked No. 1 in the world, No. 2 Cory Juneau and Zion Wright (from Hawaii, California and Florida, respectively) could each win a medal — or none at all. A trio from Brazil might interfere, as could maybe Oskar Rozenberg of Sweden.

Rune Glifberg of Denmark will get attention because, at 46, he looks like most everyone else’s dad. He won an X Games medal in 1995, before most Olympic skateboarders were born.

What is the difference between street and park?

If you watch snowboarding at the Winter Olympics, think of street and park a little like slopestyle and halfpipe — variations in the setting that feature slightly different types of acrobatics.

While street is a playground of stairs, rails and short ramps, meant to simulate something like a schoolyard, park is meant to evoke a swimming pool. It is a deep and unsymmetrical bowl of steep drops and contours. Athletes will navigate it in a single nonstop stretch for 45 seconds, or until they fall. They will launch and spin high over the bowl’s lip and drop back into the pool to gather speed to do it again. A panel of judges will score each athlete’s three runs, and the best score is the only one that counts.

In both street and park, the fields of 20 men and 20 women (featuring no more than three per country in each discipline and gender) will each be reduced to eight finalists, who will come back later in the day and start over again.