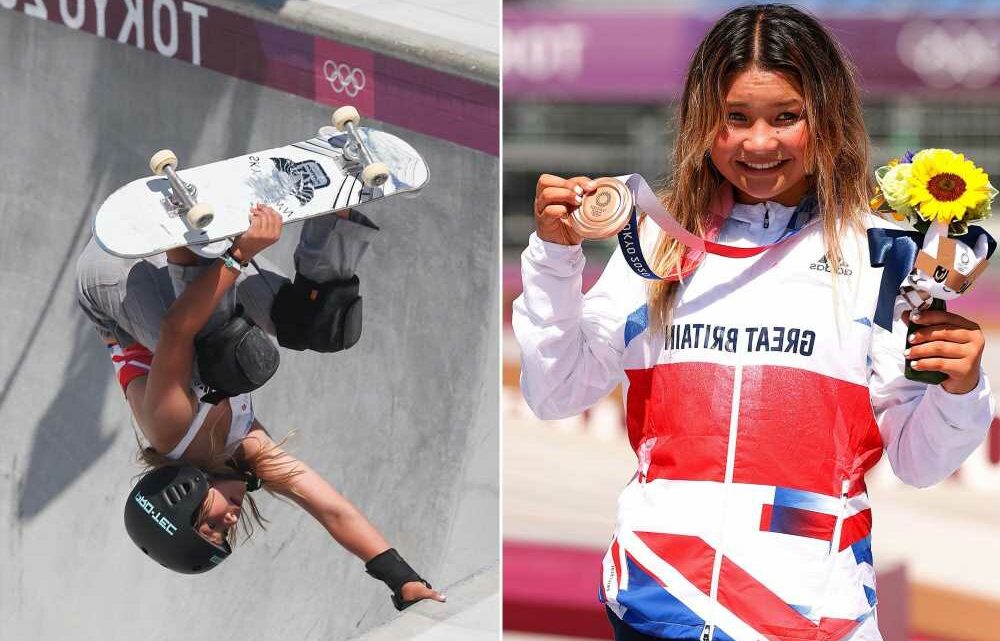 A 13-year-old British skateboarding phenom became the youngest Olympian in the country’s history to snag a podium spot with her bronze medal win in the women’s park final on Wednesday.

Sky Brown, who has a British-born dad and a Japanese mom, made the podium by tearing through the bowl at the Ariake Sports Park, where she nailed a series of hand plants, nose grinds, aerials, leaps, twists, spins, and flips.

“I’m so stoked. I can’t believe it, it’s unbelievable. I’m so happy to be on the podium with these guys, it’s insane,” the teen continued.

“The medal feels unreal, it’s like a dream. I can’t wait to show the medal to my family and friends.”

The burgeoning skate queen has been a pro skater since she was 10 when she scored a Nike sponsorship — but first went viral at age 4 when her dad posted a video of her online performing wild tricks that she learned on her own, the BBC reported.

Brown — who is also Britain’s youngest-ever to compete at the Games — has never had a professional coach and only attends school twice a week so she can focus on skateboarding, the outlet reported.

“I hope I can inspire other young girls by being the smallest skater at the Olympics,” she previously told the Guardian.

Following her win, she hugged and congratulated the other medalists, Team Japan’s Sakura Yosozumi and Kokona Hiraki, who took gold and silver in the contest.

They collectively described their feelings as “stoked,” “insane,” and “crazy happy,” the Times reported.

Paul Rudd’s youthful look due to being ‘unbelievably kind’