Home » Sport » Simone Biles will not compete in the uneven bars or vault event finals. 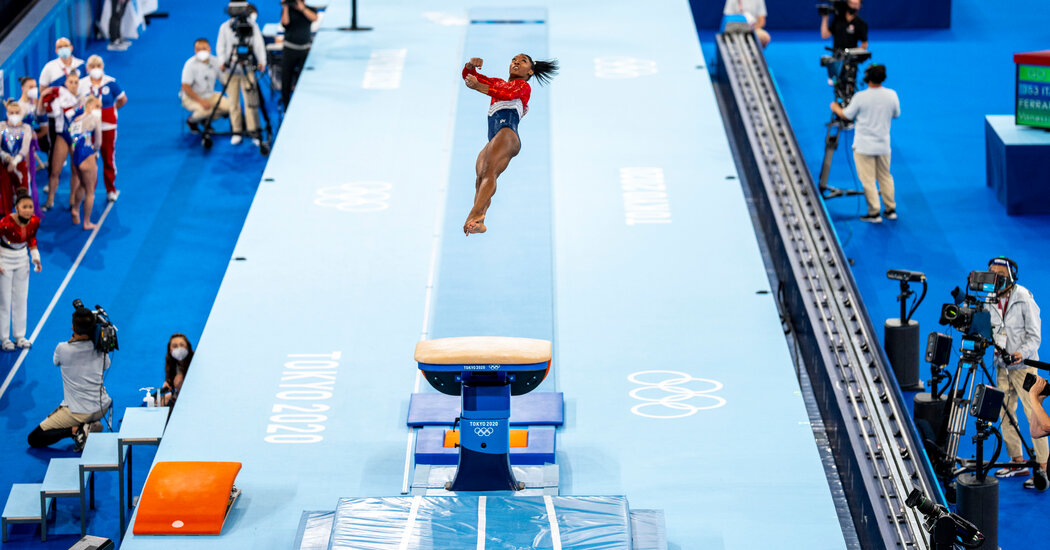 Simone Biles will not compete in the uneven bars or vault event finals. 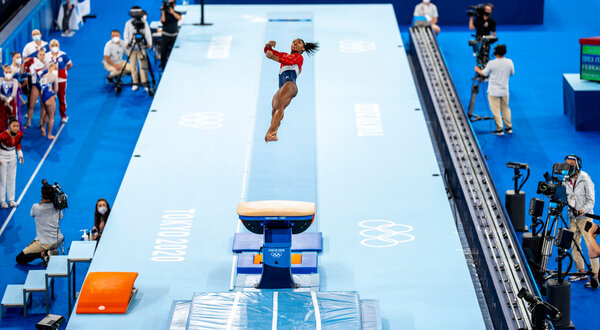 Simone Biles, the superstar American gymnast, will not compete in Sunday’s event finals for vault and uneven bars at the Tokyo Games, according to U.S.A. Gymnastics. Earlier this week, she withdrew from the event finals and the all-around final, citing mental health reasons, and she is still eligible for finals in the floor exercise on Monday and the balance beam on Tuesday.

MyKayla Skinner, the American who had the fourth-highest score on vault during qualifying, will take Biles’s place in the vault final. Skinner did not initially secure a spot in the final because each country is allowed only two gymnasts in each final, and Biles and Jade Carey had qualified ahead of her.

Looks like I get to put a competition Leo on just one more time. Can’t wait to compete in vault finals. Doing this for us @Simone_Biles ❤️ It’s go time baby!

In an emailed statement on Saturday, U.S.A. Gymnastics said Biles “will continue to be evaluated daily” to determine whether she will compete in the floor exercise and the balance beam or whether her Tokyo Games are over.

“We remain in awe of Simone, who continues to handle this situation with courage and grace, and all of the athletes who have stepped up during these unexpected circumstances,” the statement said.

Biles, the four-time Olympic gold medalist, won a silver medal with her U.S. team in the team final after backing out of the event once it began. After performing the vault, she said she had gotten lost in the air and could no longer gauge where her body was in relation to the ground. She said she didn’t think it was safe for her to continue and said she didn’t want to risk losing a medal for the U.S. team by not being able to perform well. Instead, she left her teammates to compete without her and cheered them on from the competition floor.

Two days later, Biles also did not compete in the all-around final because of the issue, which can be described as a mental block. In an Instagram story on Friday, she said that the problem was still plaguing her.

“Literally can not tell up from down,” Biles wrote in the Instagram story. “It’s the craziest feeling ever. Not having an inch of control over your body.”

Biles, who came into the Tokyo Games undefeated in the all-around since 2013, had been expected to become the first woman in 53 years to win back-to-back all-around Olympic titles. Instead, Biles’s teammate, Sunisa Lee, of St. Paul., Minn., went on to win the all-around on Thursday. Lee will compete for her next medal on Sunday on the uneven bars, her specialty.