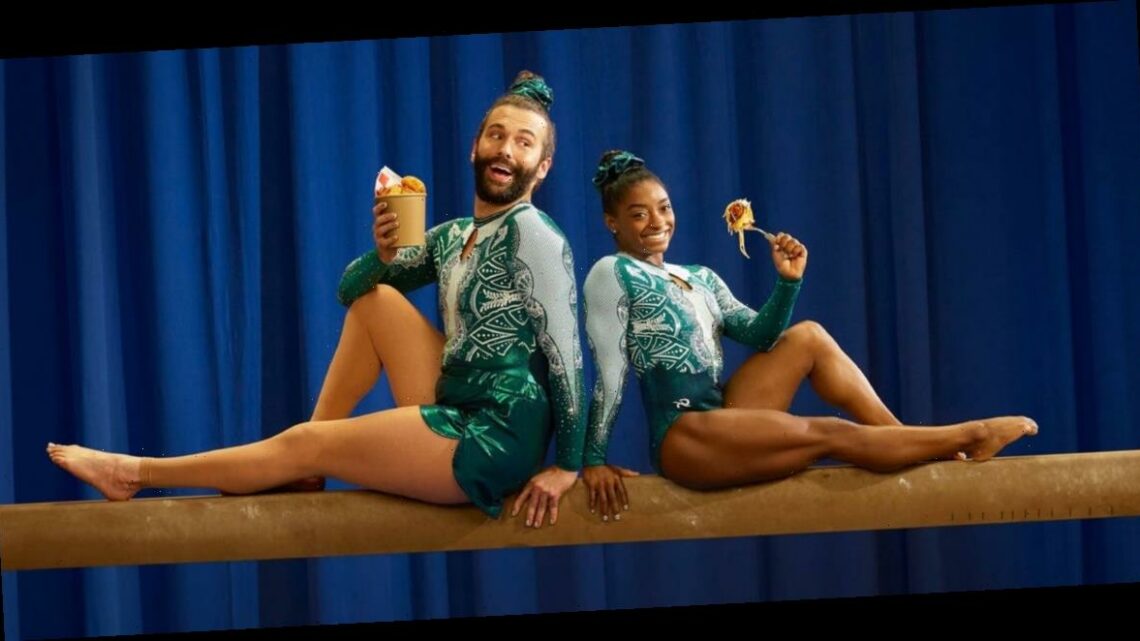 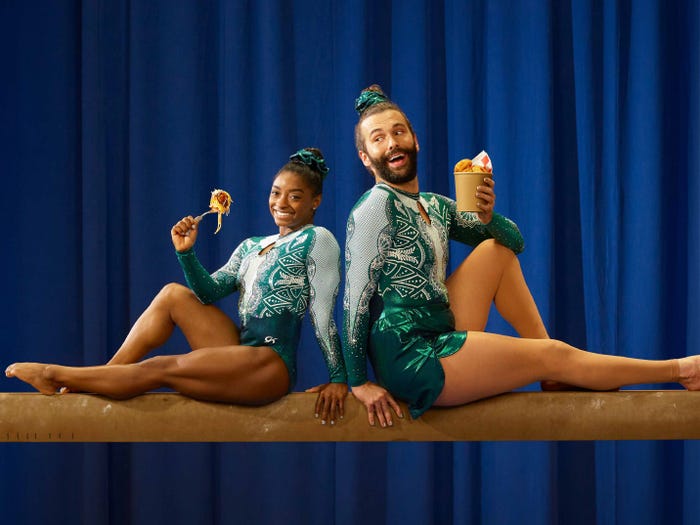 Simone Biles supports the LGBTQ community unabashedly, even in the face of its most vocal detractors.

The superstar gymnast tweeted in defense of lesbian, gay, bisexual, transgender, queer, intersex, and asexual people Monday after a Christian group called on Uber Eats to discontinue an ad campaign Biles did with "Queer Eye" star Jonathan Van Ness because it was "pushing the LGBTQ agenda on families."

In an email to members of One Million Moms, reported on by NBC, group Director Monica Cole alleged that Uber Eats was "attempting to brainwash viewers" by featuring "cross-dresser" Van Ness — who identifies as both gay and nonbinary.

"Instead of making audiences lose their appetite by glamorizing a LGBTQ lifestyle, Uber Eats should focus on what it does and remain neutral on controversial issues," Cole wrote.

"Especially during a pandemic," she added.

But Biles was having none of it. On Monday, she shared NBC's article on Twitter and wrote "the world we live in makes me sad, but I'd do x1000000 more commercials with [Van Ness] just to piss everyone off!"

"The LGBTQIA will always have my support and feel welcome on my socials," she added.

In the series of hilarious commercials, the 25-time World Artistic Gymnastics Championships medalist collaborates with Van Ness on choreography and tumbling skills. Throughout the ads, the duo — dubbed the "Van Biles" team — discusses their meal orders and practices various stunts, all while wearing matching leotards.

According to Cole, "watching someone prance around in the opposite sex's clothing" is both harmful and "screams liberal agenda."

"Supporting the LGBTQ agenda versus remaining neutral in the culture war is just bad business," Cole wrote. "If Christians cannot find corporate neutrality with Uber Eats and Uber, then they will vote with their money and support companies that are neutral."

Still, Uber Eats stood by its campaign and remained resolute in its support for Van Ness.

"At Uber Eats, we're unapologetically committed to representing the flavor spectrum. From tacos to talent, we like it spicy," the company told The Advocate. "JVN and Simone serve gymnastic prowess and ferosh self-confidence, qualities millions of moms everywhere can — and do — support."

You can watch one of the longer ads below or check out the mockumentary-style clips posted to Biles and Van Ness' Instagram accounts via Insider.

One Million Moms and the American Family Association did not immediately respond to Insider's request for comment.