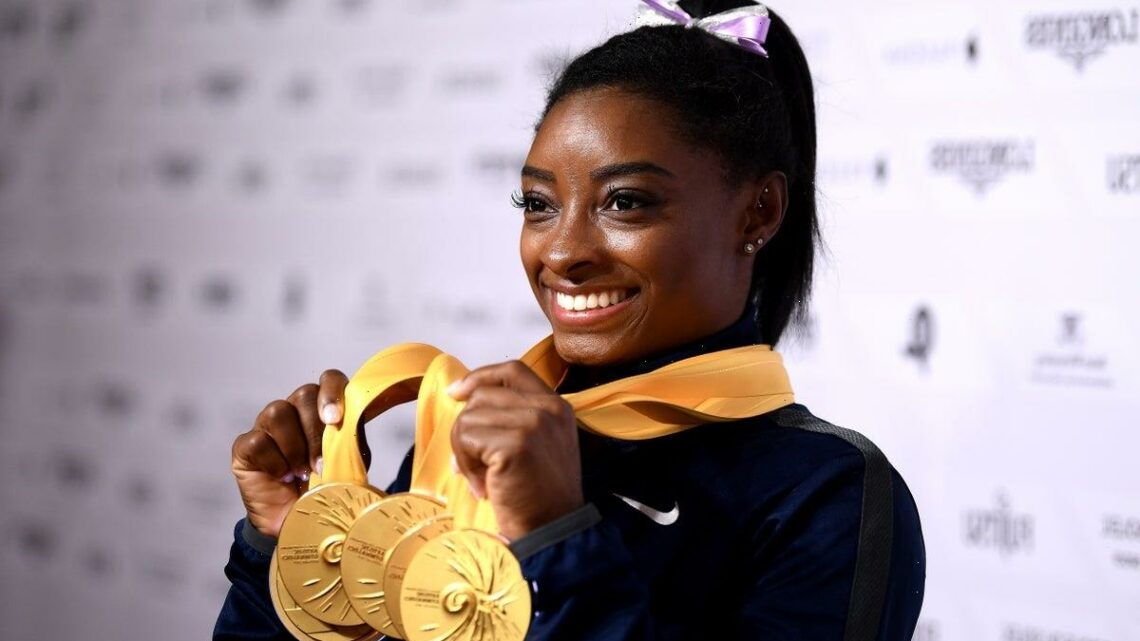 Simone Biles: How many medals has Team USA gymnast won?

Simone Biles already arrived at the Tokyo Olympics as one of the most successful and dominant athletes of her generation – and the 24-year-old American gymnast has the chance to create even more history at these 2020 Games.

Biles, who is aiming to win an unprecedented six gold medals in Tokyo, takes to the floor alongside her world champion USA team in the women’s artistic gymnastic team event final on Tuesday, where she will have the chance to get off the mark at her second Olympics.

The Ohio native burst onto the scene with her stunning performances at the 2016 Olympic Games in Rio de Janeiro, but fans of gymnastics will have been aware of her talents for a lot longer than that due to her successes in the world championships.

Biles’ impact outside of gymnastics cannot be overstated, either, and she has led the way in making the sport safer for young women following the sexual abuse of USA gymnasts by team physician Larry Nassar, as well as using her voice and platform to fight against racial and social injustice in the country.

Here’s a breakdown of the gymnastics star’s key achievements so far as well as how many medals she is expected to win in Tokyo this time around:

How many medals has Simone Biles won?

Biles made history at the 2016 Olympics in Rio by winning four gold medals. In doing so, she equalled the record for most gymnastics medals won by a woman at a single Games and became the fifth female athlete to achieve the feat.

As well as her four gold medals, which came in the floor, vault, individual all-around and team events, the then 19-year-old also won a bronze medal in the balance beam category.

At the 2019 world championship in Stuttgart, Biles won five gold medals – becoming the first USA gymnast and second ever from any nation to achieve the feat.

How many gold medals could Biles win in Tokyo?

The American is scheduled to compete in all six gymnastics events at the Tokyo Olympics – starting with Tuesday’s team event – so theoretically she is competing for six gold medals. No woman has ever won five gymnastics gold medals at a single Games.

The USA is also the favourite to win the team event, although the Russian Olympic Committee and their 21-year old star Angelina Melnikova are expected to give them a challenge in what is said to be an open field.

It is not out of the question that Biles adds the balance beam event to her list of gold medals, too. The American won bronze in that discipline in Rio but won the world championship gold medal in 2019.

Biles finished 14th in the uneven bars event in Rio and it is in this discipline in which her chances of winning a gold medal appear slimmest. Her best finish in the world championship in second in the uneven bars, however, so she could still add another Olympic medal to her collection over the next couple of weeks.