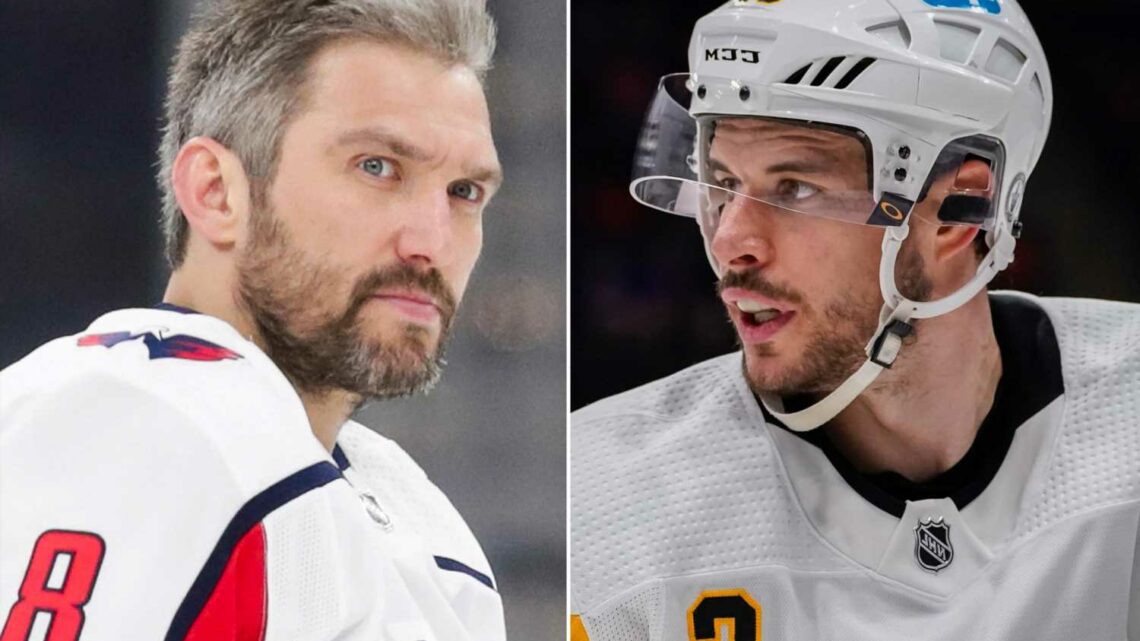 Nazem Kadri could be fit for glaring Rangers need

How new coach could alter Rangers’ only expansion list decision

So a changing of the postseason guard in the East, where the Penguins and Caps both failed to reach the second round for the third straight year. That had not happened since 2004 through 2007. They’re both graying, they’re both fraying and there was nothing either Sidney Crosby or Alex Ovechkin could do about it.

And by the way, Tom Wilson never looked so insignificant as he did in Washington’s disorderly five-game retreat against Boston, the winger whom— altogether now — “everyone in the league would want on their team” chipping in with a single goal and a single assist while serving as a bystander to most of the action. Garnet Hathaway made more of an impression against the B’s.

The Caps have not won a round since boorishly going all Bacchanalian following their 2018 Cup victory and low-balling Barry Trotz out of town straight to behind the bench on the Island. The Penguins have won one round since going back-to-back in 2016 and 2017, and have now dropped four straight series. Meanwhile, Marc-Andre Fleury continues on his merry way in Vegas.

So you tell me: what kind of a series did Crosby have against the Islanders?

No, I will tell you: not good enough to turn the series his team’s way.

Perhaps that was too much to ask of anyone on that side given the faulty work in nets from Tristan Jarry, who probably will need to resurrect his career somewhere else next year.

I mean, yes, Ed Giacomin was 2-12 in his first 14 playoff starts with an .886 save percentage and 3.58 GAA and managed to thrive in New York thereafter, but does anyone envision a “Tristan….Tristan…Tristan” tribute in the 26-year-old goaltender’s future in Pittsburgh?

But here’s the thing with Crosby. He was on the puck all the time and won possession in a series of battles down-low. The will was there and so was the work ethic. But the Islanders never allowed No. 87 to gain speed through open ice. Nearly all of his work was done in tight corners below the goal line, from where he was rarely able to create. He was delinquent in the defensive zone in Game 6, twice losing his man on goals.

If Pittsburgh president of hockey operations Brian Burke, a man who has spent the last 14 years of his career associated with three teams who have combined to win one playoff round, replaces Mike Sullivan as head coach, are we sure the Penguins would grant the Rangers permission to speak to him?

And honestly, is Burke going to make the call on the coaching situation, or will that fall to GM Ron Hextall?

Answer: Have you forgotten that Mario Lemieux owns the team?

Guess what: Rick Tocchet, who would be a candidate to replace Sullivan, played with Hextall in Philadelphia before winning a Cup in Pittsburgh in 1992 with Lemieux.

So instead of being eligible to hit the open market after one more season, No. 97 has five more years coming up in Edmonton. As if, even in a flat cap world, McDavid would not have been able to match/exceed the $12.5 Million per he is earning with the Oilers.

And then there is Dave Tippett’s performance behind the Edmonton bench in the four-game sweep by the Jets, and to think that Paul Maurice’s job would likely have been in jeopardy as Winnipeg coach upon a defeat.

Why on earth would Tippet have had McDavid and Leon Draisaitl on the same line other than for a shift or two through the triple overtime Game 4 elimination defeat instead of splitting them up and/or double-shifting them from time-to-time in order to present a matchup challenge to the Jets?

McDavid played 38:22 and Draisaitl played 37:01 at five-on-five. They were on the ice together for 34:28, combining for an early first-period goal by McDavid. At home, the Jets had their matchup pickings, and so there, pretty much shift after shift, went the defense pair of Josh Morrissey and Dylan DeMelo and the checking crew of Adam Lowry, Andrew Copp and Mason Appleton out against McDavid and Draisaitl.

Did Tippett, who shortened the bench and essentially went with four defensemen and nine forwards from the midway point of the third period, not even think of mixing it up?

And to think that the league sent a directive instructing voters for post-season awards and all-star teams to designate Draisaitl as a center. Apparently the missive missed the coach’s inbox.

This is not a commentary on the Rangers or the trade in which Jacob Trouba came to New York, but boy Neal Pionk has improved pretty dramatically as a defender in Winnipeg, now winning his one-on-one’s and holding his ground in front.

In recognition of Cole Caufield, whom everyone but everyone knew was going to be a steal at 15-overall when selected by Montreal in 2019, ranking the top 15th-overall selections in the NHL Draft:

Finally, GM Billy Guerin and his coach, Dean Evason, have presided over a culture change in Minnesota that suits the Wild well.

But Zach Parise as a healthy scratch? More than once? More than twice? Seriously?

Most expensive coastal areas for homebuyers are revealed
World News