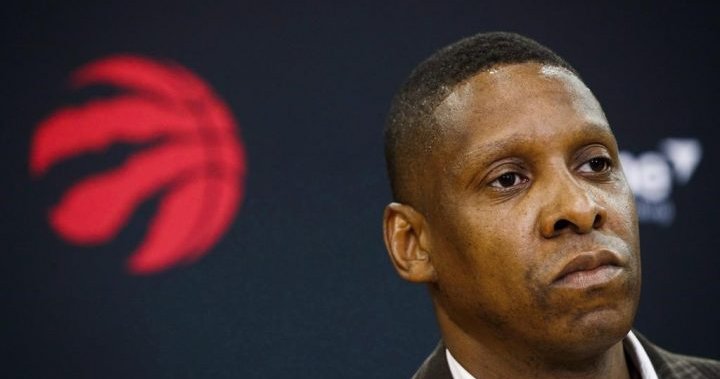 OAKLAND, Calif. — Lawyers for a law enforcement officer accuse Toronto Raptors president Masai Ujiri of making race a key part of his counterclaim to a lawsuit in the aftermath of an altercation at last year’s NBA Finals.

Ujiri’s counterclaim last month included a video of the altercation, which showed Strickland taking the first shove at the Raptors executive as he tried to get on the court after the team won the NBA title over the Golden State Warriors in Oakland, Calif., last June.

Ujiri says he was reminded in that moment that some people will see him as “unworthy of respectful engagement” because he is Black.

In the court documents, Strickland’s team says the counterclaim is a “wilful attempt to mislead the media and the public and taint the jury pool.”

The filings also say Ujiri did not display the proper credentials needed for access to the court, leading to the altercation.

“In reality, Defendants brought this motion to take advantage of the now pervasive anti-law enforcement prejudices and to falsely allege racial animus and prejudicial bias is the reason for Plaintiff Alan Strickland’s conduct on the date of the incident,” the document says.

Strickland’s team says he was following orders by the NBA.

“At the pre-game security briefing, security personnel were instructed by NBA Executive Vice President and Chief Security Officer Jerome Pickett that everyone in both organizations had been briefed and that ‘It doesn’t matter who they are, who they say they are, you tell them Jerome Pickett says they are not going on the court without proper credentials,” the document says.

None of the allegations have been proven in court.

The Raptors declined comment on the latest court filings.