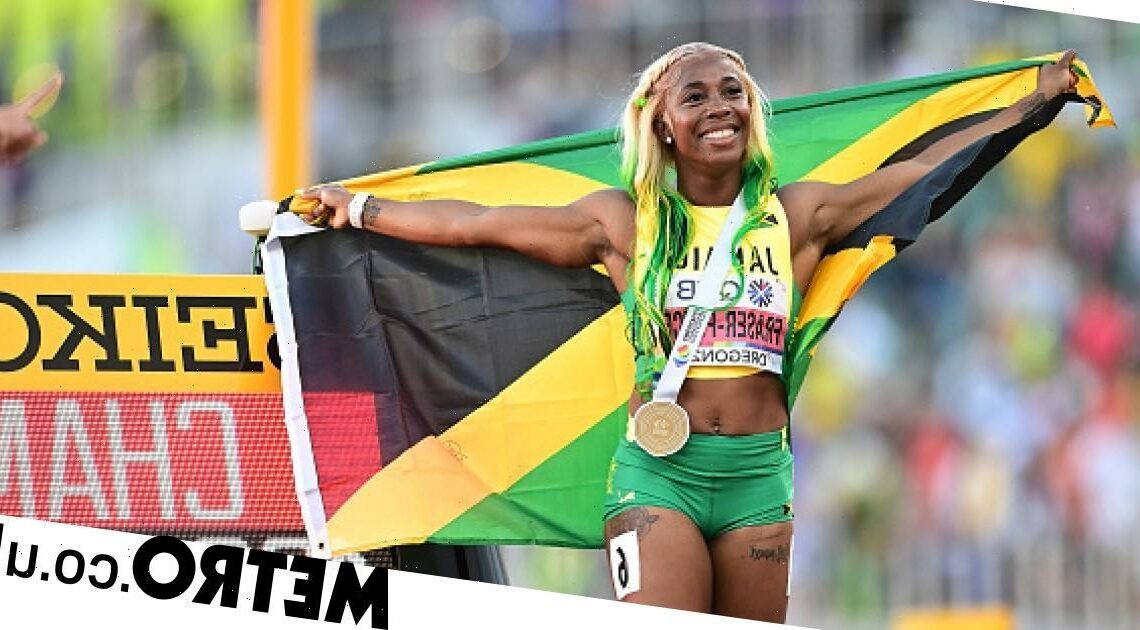 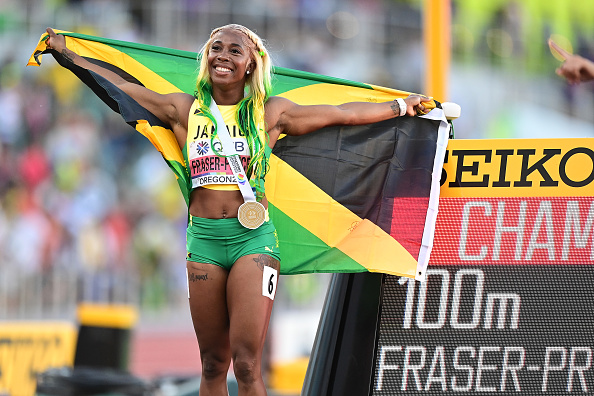 Shelly-Ann Fraser-Pryce has clinched a record fifth women’s 100m world title in another Jamaican clean sweep of the medals.

The 35-year-old crossed the finishing line with a championship record time of 10.67 seconds ahead of second place Shericka Jackson with Elaine Thompson-Herah in third place in Eugene, Oregon.

Fraser-Pryce returned to the sport in 2017 after the birth of her son Zyon, becoming the oldest woman to claim a 100m world title in 2019.

‘I feel blessed to have this talent and to continue to do it at 35, having a baby, still going, and hopefully inspiring women that they can make their own journey,’ she said. ‘I can’t even imagine the amount of times I’ve had setbacks and I’ve bounced back and I’m here again.

‘I continue to remind myself that sometimes it’s not because you don’t have the ability but it’s the right time. It was the right time and I’m so, so grateful for the continuous support.

Asher-Smith, who suffered heart-break at last year’s Olypics in Tokyo when she failed to make the 100m final and was forced to withdraw from the 200m final through injury, admitted she was ‘upset’ to finish outside the podium places.

‘This performance is phenomenal for me and I’ve had a fantastic championships,’ she said.

‘I really couldn’t fault it but I’m so gutted that it didn’t get me on the podium. I was so close. But that’s just champs. I’m upset.

‘It’s been an interesting season for me so far. I’ve been in physical shape for a bit but I’ve had some life things that I’ll probably talk about more after the 200m.

‘I needed to make sure my mind was actually in the race rather than with my family or here.

‘We’re looking to keep going faster throughout the summer into Commonwealths and Europeans. But I definitely came here with an eye to get on to the podium.’

‘We will all miss her very much’: fans mourn Melbourne drag queen Miss Candee
World News