Home » Sport » She Thought the Grizzlies Wanted Hiring Advice. They Wanted Her. 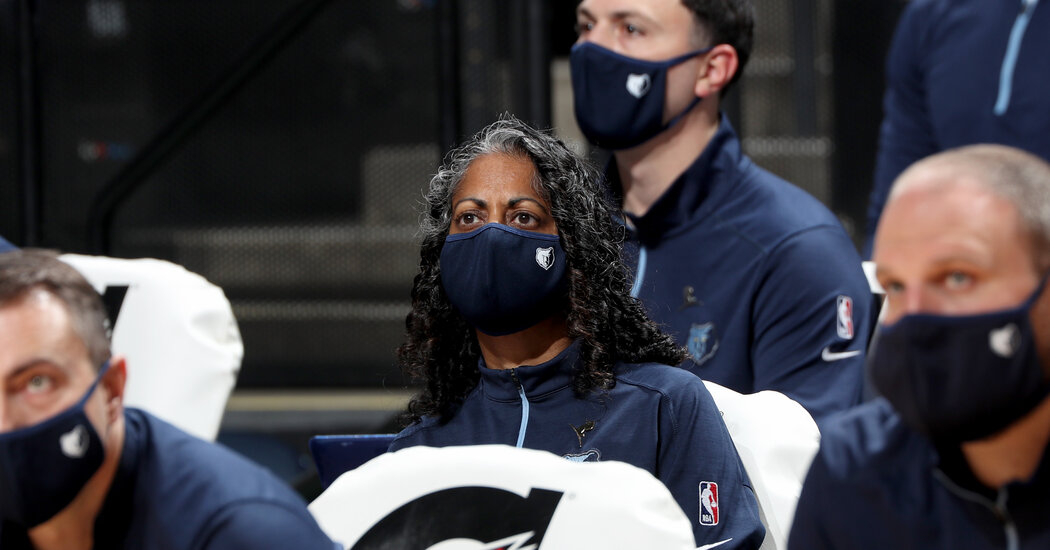 She Thought the Grizzlies Wanted Hiring Advice. They Wanted Her.

The women’s basketball team at the Massachusetts Institute of Technology knew something was up when Sonia Raman, the coach with the most wins in the program’s history, organized a video meeting on short notice in September. Most of the players figured it had to do with the coming season, and with complications stemming from the coronavirus pandemic.

They were completely unprepared for the news Raman delivered — that she was joining the Grizzlies as an assistant coach.

“At first we were like, ‘Grizzlies? What college is that?’” Kylie Gallagher, a senior forward, recalled.

Raman quickly clarified that she was headed to the N.B.A.’s Memphis Grizzlies, then worked off prepared notes — she knew she would be emotional — as she thanked her players and her staff, and offered more details about the unexpected opportunity that had come her way.

“Oh, they were shocked,” Raman, 46, said in a recent interview. “But those players are a part of me, and my experiences with them has made me the coach I am now.”

In recent years, the N.B.A. has been more progressive than most men’s sports leagues in hiring and promoting women to coaching and front office positions. Raman, though, was a thoroughly unconventional hire.

A former lawyer, Raman had spent 12 seasons at M.I.T., shaping the Engineers — real-life rocket scientists — into a regional power. Within the tight-knit world of Division III women’s basketball, Raman had developed a reputation as a smart, dedicated and resourceful coach. But Division III women’s basketball is not the usual pipeline to the N.B.A.

About four months after joining the Grizzlies, Raman does a bit — or rather a lot — of everything: scouting opponents, player development and analytics, an area of particular interest. In the preseason, Jenkins said, Raman seemed to have her laptop cracked open to game film every time he walked past her office.

“I don’t have these thick folders on every team in the N.B.A. like I did in the N.E.W.M.A.C.,” she said, referring, of course, to the New England Women’s and Men’s Athletic Conference.

Lucia Robinson-Griggs, the Vassar College coach who was a longtime assistant under Raman, said she had already felt the effects of Raman’s jump to the N.B.A.

“I’ve gotten a lot of calls from coaches who are just like: ‘How did this happen? How’d she wow them?’” Robinson-Griggs said. “And a lot of it was just Sonia being Sonia. The idea of being a student of the game gets thrown around a lot, but that’s Sonia and everything that she embodies.”

Growing up in Framingham, Mass., Raman loved basketball. She rooted for the Boston Celtics. She played with her friends. Her parents, both computer programmers, supported her interest in sports, she said. She went on to play college basketball at Tufts, where she came off the bench as a high-energy guard.

“I was not very good,” she said. “I just worked hard and tried to be a good teammate.”

After graduating from Boston College Law School, Raman worked for the federal Labor Department and later for an investment firm, in the risk and compliance division. She had only recently started that job when Kathy Hagerstrom, who was then the basketball coach at Wellesley College, asked if Raman would be interested in volunteering as an assistant.

“I always knew that I was going to find a way to coach,” Raman said. “It just wasn’t a part of my life plan to make it career. I thought it would be something that I did after work, or on weekends — maybe coach a youth team.”

For six seasons, Raman kept her day job as a lawyer while moonlighting as one of Hagerstrom’s assistants. Raman finally left the law behind in 2008, when she went to M.I.T.

“It’s a very nontraditional career path for someone of South Asian descent,” she said. “My parents are both immigrants from India, so coming here and working hard and providing me with so much opportunity — I don’t think it was on their radar that their daughter was going to become a basketball coach.”

She added, “But I think they saw where my passion was all along.”

She embarked on an extensive rebuild at M.I.T., which had scuffled through five consecutive losing seasons. It was not an instant turnaround.

“There were times where it was like: ‘Oh, did you see this person running around in P.E.? Would she be interested in playing?’” Robinson-Griggs said. “We needed numbers.”

Raman was not especially demonstrative during games or even at practice. But she was methodical in her approach. “Preparation is everything for her,” said Meghan O’Connell, a former assistant and now the team’s interim coach.

Raman would go so far as to workshop conversations with her assistants. 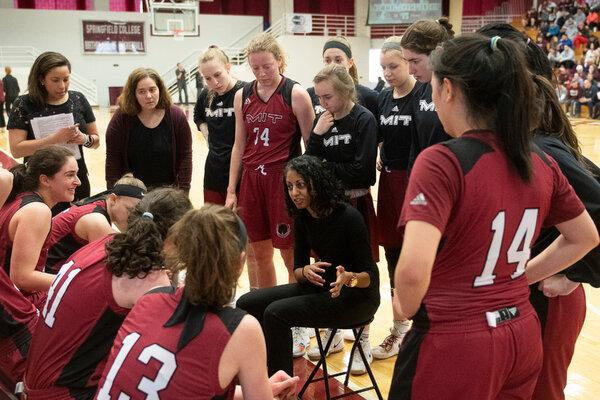 She also would attend Celtics practices whenever the team opened them up to area coaches. A voracious consumer of late-night N.B.A. broadcasts, Raman would mine random midseason games for fresh material.

“She’d show up to practice the next day, like, ‘Guys, I have a new end-of-the-game play for us to run,’” Gallagher said.

Raman doubled as the athletic department’s assistant director of compliance — “lots of stuff with the Division 1 rowers,” Griggs-Robinson said — and learned to navigate the admissions department’s rigorous standards when she recruited players for her own team. Even prospects who were academically qualified sometimes needed convincing that M.I.T. was the right place for them.

“My parents really wanted me to visit M.I.T., and I was hesitant,” Gallagher said. “Because at first, you’re like, if you go to M.I.T., you’re a nerd.”

It was the human touch, Gallagher said, that swayed her — the immediate sense she got that Raman cared for her players, and that the players were normal people.

The Engineers eventually turned into perennial winners, claiming back-to-back N.E.W.M.A.C. championships in 2018 and 2019.

The Grizzlies’ interest in Raman was rooted in a relationship she started developing a couple of years ago with Rich Cho, the team’s vice president of basketball strategy, when he was looking for student intern recommendations.

Last August, Cho called while the Grizzlies were still playing in the league’s bubble at Walt Disney World near Orlando, Fla. Raman knew that Niele Ivey, one of Jenkins’s assistants, had left the Grizzlies to become the women’s coach at Notre Dame, and Raman figured that Cho wanted to pick her brain about potential replacements.

“But then he said that the organization might be interested in interviewing me,” she said, “and that was not something that I had on my radar at all.”

Raman spent the week before her initial three-hour interview watching a stream of Grizzlies games. She also listened to Memphis sports-talk radio and had her partner, Milena Flores, prep her with potential interview questions.

“She is the true basketball mind in the family,” Raman said of Flores, a former player and coach, most recently at Princeton.

Jenkins, 36, said he had no qualms about hiring a relative unknown, citing his own unorthodox path from San Antonio Spurs intern to N.B.A. head coach. He said he was “blown away” by Raman. “It was clear that she’s someone who can teach the game at a high level,” he said.

Still, Raman’s colleagues had to process the news.

“If she had said: ‘I have a coaching opportunity. Guess where?’ I mean, I would’ve named every women’s program in the country before I got to the N.B.A.,” O’Connell said. “It’s incredible to think that people in the N.B.A. are going to hear what Sonia thinks about basketball.”

After taking the job, Raman called Ivey, who spoke highly of the team and told her that the players would be welcoming.

“She’s already got handshakes with the guys,” Jenkins said.

In many ways, Raman is simply doing more of what she has always wanted to do: coach basketball. She feels lucky that she gets to spend most days in a gym, she said. The spotlight may be brighter, but the game is the same.