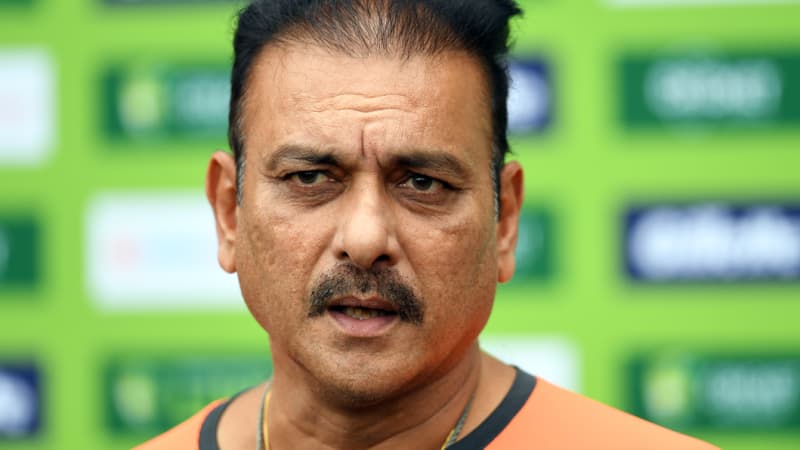 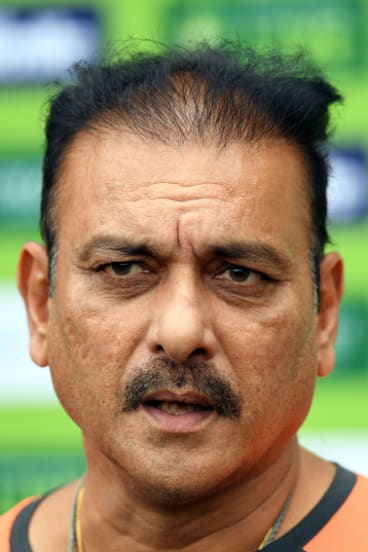 Shastri also celebrated but only after he caused a stir in India when asked on television by former players Sunil Gavaskar, Michael Clarke and Mark Butcher how his emotions had been in a tense afternoon session when Australia had threatened to pinch what had seemed to be an improbable win.

Speaking in Hindi, Shastri reportedly said: “We will not spare them at all but we had b***s in our mouth for a short time there.”

Gavaskar then refused to translate the comment into English for his fellow commentators and viewers.

Shastri, the former Test star, was lambasted on social media and in traditional media in India. The Hindustan Times refused to repeat Shastri’s quote, writing: "In a studio chat with former India captain Sunil Gavaskar, Shastri said in Hindi that he had, well, a certain part of his anatomy ‘in his mouth’ as the match moved towards a close finish. No, not the heart."

Before leaving for Perth, Australian coach Justin Langer laughed when asked about Shastri's comments, adding that he had been relaxed on that final day despite the tough position his team had been in.

"I was pretty relaxed. I have seen a lot of cricket before. That game probably played out as I expected," he said.

"I knew that it would get easier to bat on on this drop-in wicket in Adelaide. Unfortunately, we were losing wickets at crucial moments."

The Indians and Australians showed great heart in Adelaide although it was the tourists' who ultimately prevailed thanks to batting rock Cheteshwar Pujura and an attack that was more disciplined.

Shastri endorsed comments from skipper Virat Kohli that India needed to maintain the rage in Perth. They had lost the opening Test of tours this year to South Africa and England, with the challenge now to prove they can handle heightened expectations of a breakthrough series victory on Australian shores.

The tourists will look for as much rest as possible through the week, for temperatures are tipped to hit 36 degrees in Perth come the coin toss on Friday.

"They (bowlers) have to rest up – to hell with the nets. You just come there, mark your attendance and get away to the hotel," Shastri said.

"We know the Perth track is quick. It’s a drop-in surface – there will be something there for the fast bowlers.”

While emerging gloveman Rishabh Pant claimed an Indian record of 11 Test catches in a Test, and equalled the world record held by Jack Russell and A.B. de Villiers for most dismissals in a Test, his batting was questionable.

The cheeky 21-year-old from the ancient city of Haridwar in North India's Uttarakhand state had only one gear – turbo charged – in blasting 25 and 28, including thumping 18 off four consecutive balls from Nathan Lyon on Sunday when the tourists needed to occupy the crease as much as they needed runs.

Shastri said in Hindi that he had, well, a certain part of his anatomy ‘in his mouth’ as the match moved towards a close finish. No, not the heart

"You have to allow him to play his game, but he has to be a little more sensible now," Shastri said.

"He did the hard work in getting Lyon to spread his fields, so he has to be smarter. You make a mistake now, but don’t repeat it, then I’ll be in his ears."

The tourists still have issues with their opening combination and an indifferent Rohit Sharma at No.6. Injured opening batsman Prithvi Shaw returned to training on Monday, having hurt his ankle while fielding in the tour game at the SCG on November 29. He had a brace on his ankle and still appears unlikely to play in Perth.