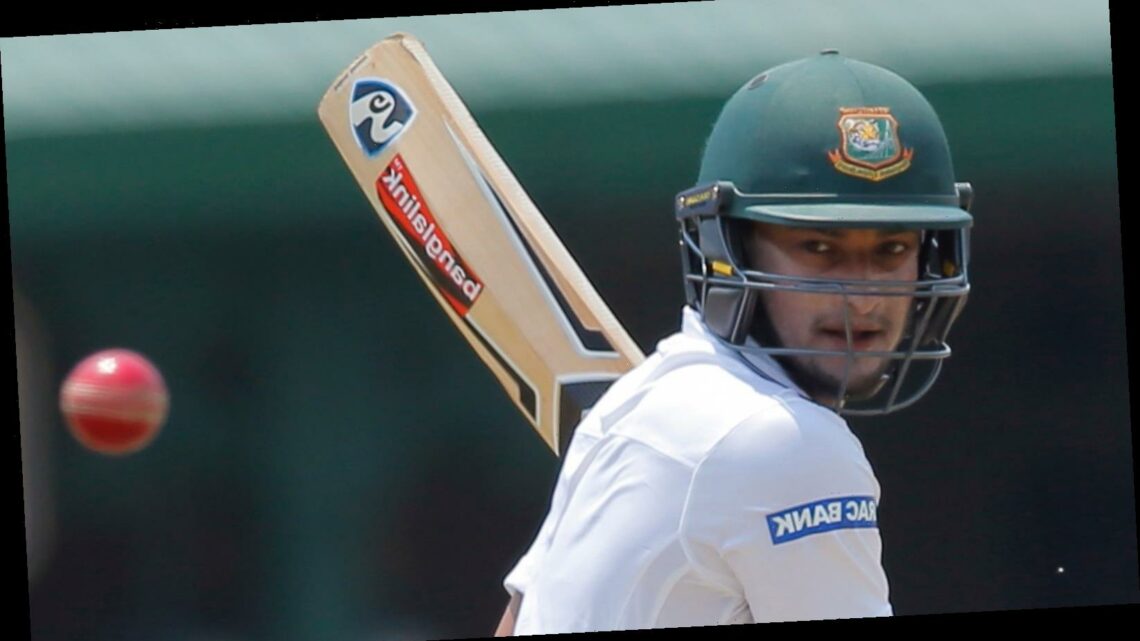 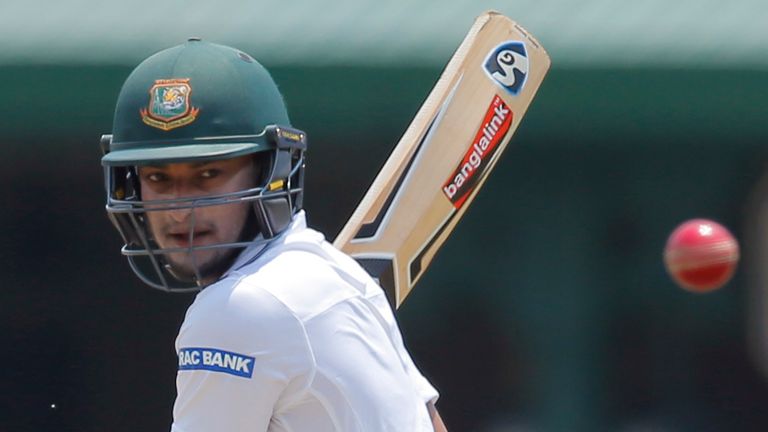 Shakib Al Hasan steadied Bangladesh on his Test return as the Tigers closed day one of the series opener against West Indies on 242-5.

Shakib – back in international cricket after serving a one-year ban for failing to report corrupt approaches – headed to the wicket at No 6 with his side tottering on 134-4 in Chittagong.

However, the all-rounder (39no) proceeded to share a 59-run partnership with Mushfiqur Rahim (38) and then an unbroken 49 with Liton Das (34no).

West Indies spinner Jomel Warrican (3-58) broke a 53-run, third-wicket stand between Bangladesh captain Mominul Haque (25) and opener Shadman Islam when he had the former – who had elected to bat after winning the toss – caught at midwicket.

Warrican then pinned Shadman lbw on the sweep close to tea, while he was also the man to end the Shakib-Mushfiqur partnership when he had Mushfiqur caught low at slip by Rahkeem Cornwall.

Off-spinner Cornwall went wicketless from his 22 overs, with the other two wickets to fall coming courtesy of seamer Kemar Roach and a run out.

Roach bowled Tamim Iqbal (9) in the fifth over, while Nazmul Hossain (25) was run out after a mix-up with Shadman at the start of the 24th over.

Nuclear war with China or Russia is a REAL possibility, warns US Commander as tensions escalate to Cold War levels