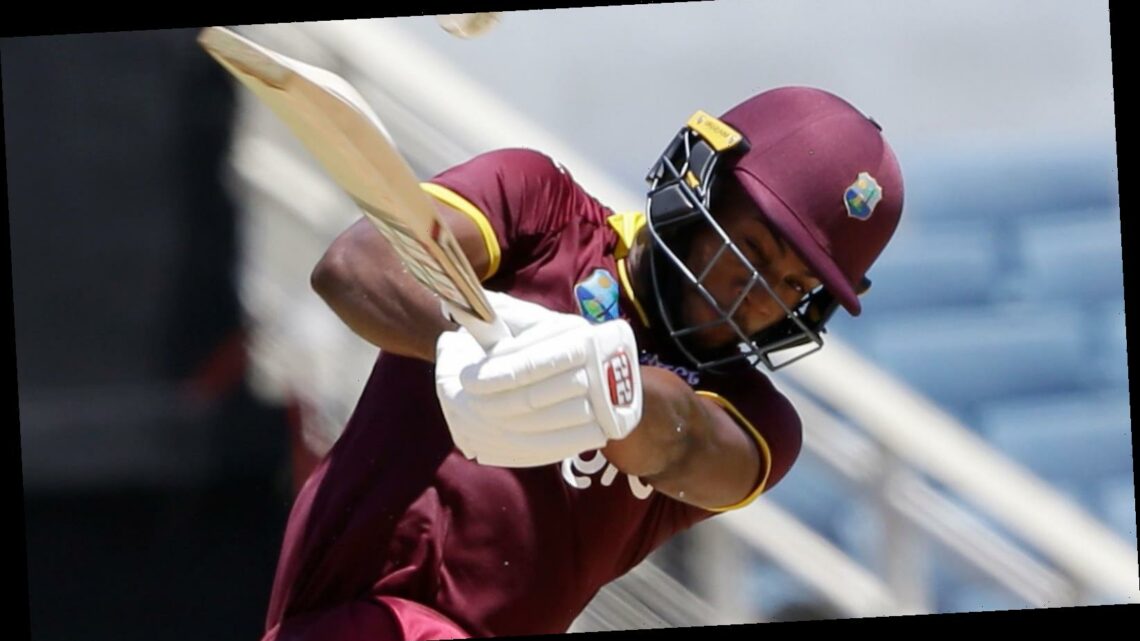 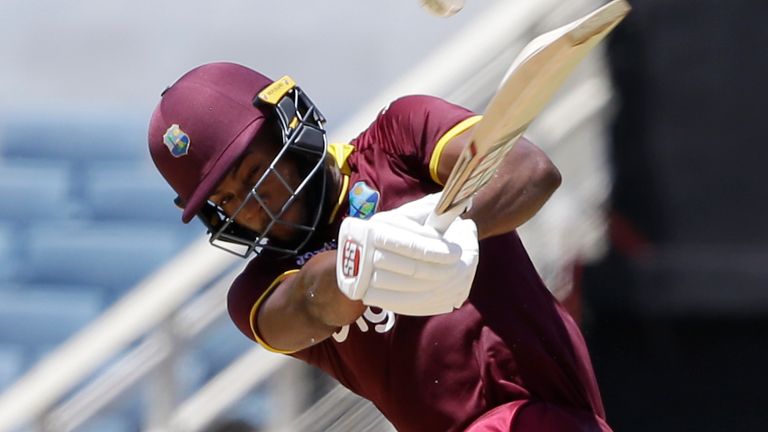 ​​​​​​​Shai Hope scored a 10th one-day international hundred as the West Indies romped to an eight-wicket win over Sri Lanka in the first ODI of their three-match series in Antigua on Wednesday.

After bowling Sri Lanka out for 232 in 49 overs, Hope led the Windies chase as he struck 12 boundaries and a six in bringing up a fine century. Although he was dismissed 18 runs short of their target, the hosts cruised to victory with three overs to spare.

Earlier, after winning the toss and electing to bat first, Sri Lanka slumped from a strong position at 105-0 in the 20th over after a century opening stand between Danushka Gunathilaka (55) and Dimuth Karunaratne (52).

Karunaratne was first dismissed, caught and bowled by West Indies captain Kieron Pollard (1-15) with his second delivery, but then the match became ill-tempered when, in Pollard’s next over, Gunathilaka was judged to have obstructed the field.

Pollard bowled a short ball which Gunathilaka fended away. Pathum Nissanka set off for a single but Gunathilaka, after advancing down the pitch, sent him back and stepped back into his own crease. As he did so, he stepped on the ball and was ultimately given out for doing so.

Pollard immediately appealed and on-field umpire Joel Wilson gave a soft signal of out, with television umpire Nigel Duguid then ruling that Gunathilaka had deliberately attempted to foil the run out.

The Sri Lanka innings lost its way from then on; Angelo Mathews (5) soon followed, and Nissanka (8), and though a half century from Ashen Bandara (50) lifted the tourists’ total he lacked support.

Dinesh Chandimal (12) and Lakshan Sandakan – left stranded on 16no – were the only other batsmen to reach double figures as Sri Lanka were eventually all out for 232, a total which proved to be well below par.

Hope put on a 143-run opening partnership with Evin Lewis (65). Then, when Lewis was the first of two wickets to fall to Dushmantha Chameera (2-50), Hope had another strong stand with Darren Bravo (37no), who was there to see the team over the line.