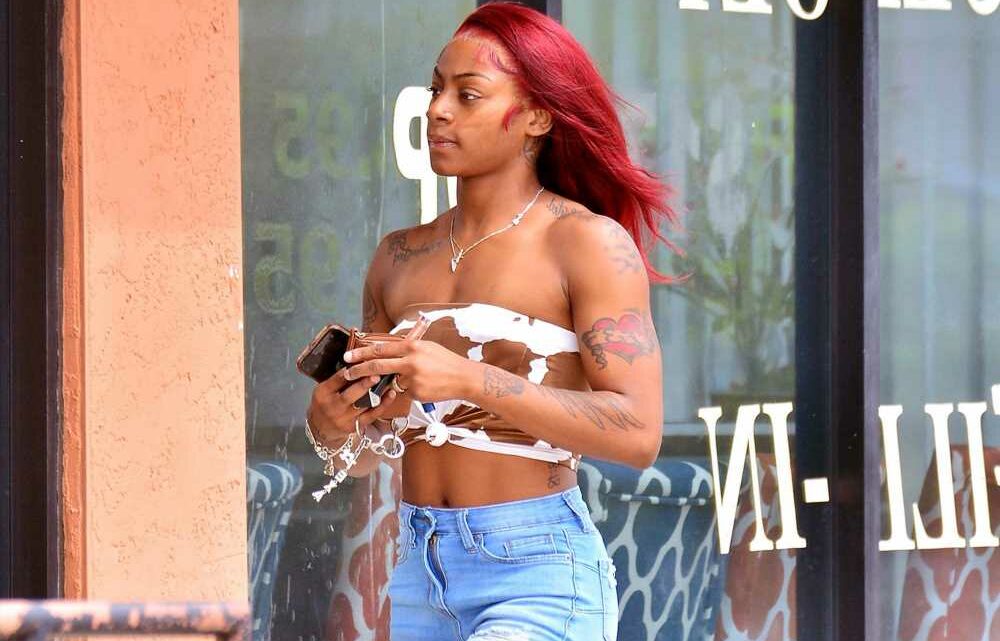 Sha’Carri Richardson has emerged in the first photos obtained by The Post since her Olympics suspension.

The 21-year-old sprinter, who will not compete in this summer’s Tokyo Olympics due to a positive marijuana test, was photographed stopping at a beauty supply store in Orlando on Tuesday — the same day she was left off the Olympic roster released by USA Track and Field.

The decision confirmed Richardson will not have an opportunity to run on the relay team in Tokyo, despite her 30-day ban being lifted before the start of the 4×100 relays on Aug. 5. Richardson’s suspension already stopped her from running her signature 100-meter individual race.

Richardson was described as looking “downcast” in the first sighting since her failed drug test and subsequent Olympic ban after admittedly using marijuana to cope with the recent death of her mother.

She was pictured sporting red hair and her trademark long, colorful nails — two accessories that made her a fan favorite at the Olympic Trials in Oregon last month. Richardson appeared to be running errands solo while dressed in ripped jeans, a strapless crop top and sandals.

Richardson’s situation has sparked a debate among fans, fellow athletes and a number of celebrities, who’ve argued against her suspension. Supporters have even started a petition in her favor.