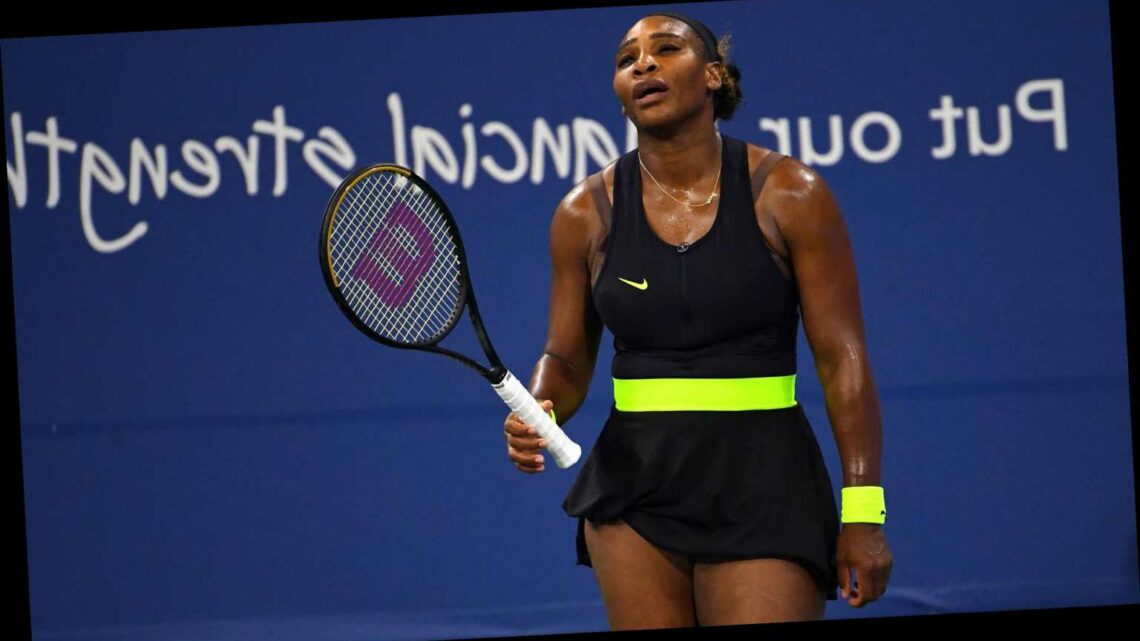 NEW YORK – Tuesday afternoon, on Day 2 of the quietest Grand Slam in history, the most prolific tennis champion in the modern era will walk on the blue court on the floor of Arthur Ashe Stadium.

She will not be welcomed by 23,500 fans, the way she has since she won her first U.S. Open 21 years ago. She will not need a phalanx of bodyguards to get around the grounds, or to fend off the selfie and autograph seekers.

Serena Williams – soon to turn 39 – is here on a singular mission, COVID-19 or not. A horrific virus has rampaged around the world. Six of the top 10 players in the WTA rankings have opted to sit out, including defending champion Bianca Andreescu, and the top two players in the world – Ashleigh Barty and Simona Halep. Williams is in the midst of the longest major title drought of her unparalleled career – 44 months and counting, dating to the first days of the Trump Administration. Her effort to end it, and to make some fresh history, will be the dominant story line of the 140th edition of America’s marquee tournament, no matter if somebody wants to stick an asterisk next to her name.

“It still has to be tennis that's played, asterisks or not,” said Williams, seeded third. “I think this whole year deserves an asterisk because it's such a special year — history we have never been through in this world, to be honest, not this generation, not this lifetime. It's just in history, period.”

With 23 major titles, including six here at Flushing Meadows, Williams has remained one behind Margaret Court for the all-time Grand Slam lead for an annoyingly long time. Her total hasn’t budged since she won in Australia in 2017, which was before she gave birth to daughter Olympia (though she was pregnant during the tournament). Williams has been to four Slam finals in the last two years – two at Wimbledon, two in New York – and finished as runner-up in each. She smiled and said she is “definitely proudly stuck here, party of one,” but her sarcasm was as searing as her vaunted serve.

OPINION: Why being an underdog at U.S. Open may help Serena

PLAYER SAFETY: One player tests positive for COVID-19, but protocols 'buttoned up' tight

“It gets harder to kind of not let it get to you I think,” said Kim Clijsters, 37, who is competing in her first Open in eight years. A longtime friend and rival of Williams, Clijsters prevailed in their controversial 2009 final, when Williams was defaulted after threatening a linesperson following a foot-fault call.

“She's still working at it very hard, very passionate out there,” Clijsters said. “She's a great competitor, always has been that. You can only support that for somebody who has achieved so much and done so much. For still fighting out there, I think that’s incredible.”

Williams' opponent in round one will be fellow American Kristie Ahn, 28, who is ranked 96th and made a stirring run to the fourth round a year ago. Ahn has never played Williams, and normally you would give her a very slender chance, but since the tour resumed, Williams has not been the overpowering force she customarily is. All five matches she has played have gone three sets. She blew a big lead to Maria Sakkari of Greece last week in the Open tuneup, the Western & Southern Open, and lost 6-1 in the third. Before that she lost in the quarterfinals in Lexington, Kentucky, to countrywoman Shelby Rogers, the No. 93 player in the world.

On the positive side, having played only 15 matches in 2020, Williams takes the court much fitter and fresher than she usually is at this point in the year. Having suffered a pulmonary embolism during labor, she had serious doubts about whether she would play tennis amid a pandemic, but Stacey Allaster, the tournament’s new (and first female) CEO, convinced her that the Open’s rigorous health and safety protocols would minimize the risks for all involved. Williams joked that she might wear a HAZMAT suit around the grounds, but signed on.

So here she is, with a lifetime Open record of 101-13, back in pursuit of elusive major No. 24. She will need to win seven matches, and not experience the tightness she has the last couple of years, when the import of what she was chasing seemed to weigh on her like a pallet of bricks. It will be an Open like none before it. She said she is searching for rhythm, and hopes she is ready to play, even in the quiet.

“I don't mind not having the fans,” Williams said. “I would love if the fans were here, because it's so special to play with the fans and they really pull me up when I'm down, but at the same time, we need to be safe right now, so let's not have anyone — when we are all feeling better, we can all come back and we can all have fun.”

This $7 Brow Pencil Stays On as Well as Pricier Ones, According to Shoppers

From the Precinct to the Courtroom, Black Women Deserve Protection
World News