Home » Sport » Serena Williams Is Back at Australian Open, for Tennis and So Much More 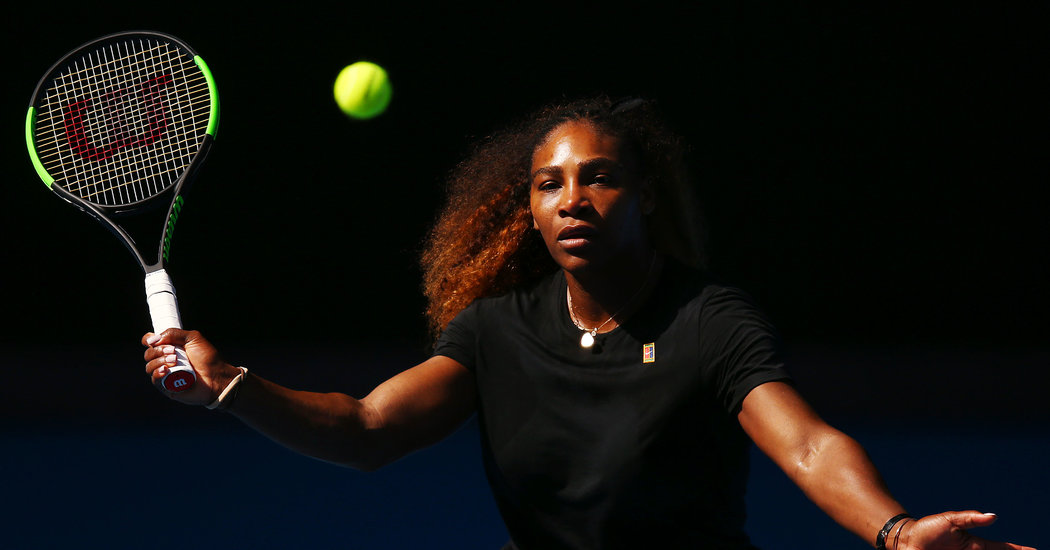 Serena Williams Is Back at Australian Open, for Tennis and So Much More

MELBOURNE, Australia — The last time Serena Williams came here for the Australian Open, in 2017, the talk swirling around her focused on tennis. Could she capture her 23rd major title and break past Steffi Graf on the list of Grand Slam title winners since the sport went professional?

She did indeed emerge victorious, beating her sister Venus in the final and doing so, she would later reveal to the world, while in the early stages of pregnancy.

On Tuesday, Williams returns to the sunbaked Melbourne courts, with her 16-month-old daughter in tow, bidding for another place in the record books. This time, though, her tennis is nearly an afterthought.

Four months ago, in the final of the United States Open, Williams’s most compelling moments came during angry outbursts against the umpire that won both praise and criticism, propelling an already epochal athlete to the very forefront of debates about sports and gender, race and power.

That flare-up is still being frequently discussed as the Australian Open begins this week, though Williams herself is not expected to speak to reporters before she plays.

“Serena has actually expanded her presence in people’s lives,” Delia Douglas, a Canadian sociologist who studies women in athletics, said in an interview. “The way people talk about her, the way people debate her and what she stands for, is now heightened.”

Her tennis is certainly still part of the discussion.

“We all know Serena is very dangerous when she’s fit and when she’s healthy,” said Chris Evert, the former world No. 1 who is now an analyst for ESPN.

But just as many, if not more, focus on what Williams means.

As Soraya Chemaly, a prominent feminist activist and social critic, explained: She fits perfectly in these times, “when so much of what is happening in our world is related to gender and race and power. And right now, you can see it. Serena is sitting at that nexus, at the very intersection of all these important social conversations.”

The powerful combination of her celebrity, the internet and social media amplifies the discussion each year she continues to play, threatening to overshadow the tournaments she plays in. 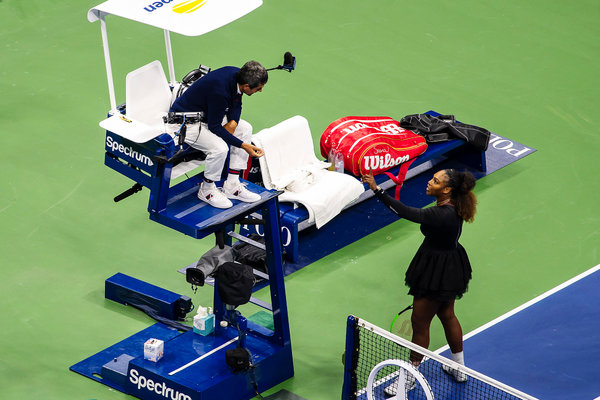 The last time she played the Australian Open, she was pregnant. Eight months later, she nearly died during childbirth. She named her baby girl Alexis Olympia. Months afterward, she married her daughter’s father, Alexis Ohanian, a co-founder of the popular website Reddit.

Williams, same as ever, did not shy from attention — or from making a point. She shared her story publicly and said she was experiencing the same troubles faced by many other mothers. In her first Grand Slam tournament after childbirth, the 2018 French Open, she was not in shape, and she withdrew with an injury in the fourth round. She wore a sleek, black, full-body tennis suit. It was part fashion statement, part medical necessity — it reduced the chances of a recurrence of blood clots she experienced during childbirth.

But the “cat suit,” as it came to be called, was so controversial that French tennis officials discussed banning outfits like it from Roland Garros in the future. (As a countermove, the WTA, which governs the women’s tour apart from the Grand Slams, clarified its rules to allow compression garments to be worn without skirts or dresses over them.)

Undeterred, Williams spoke pointedly at Wimbledon about protecting rights of new mothers — on the tour and in the workplace. She marched through the draw. But, still out of shape, she lost in the final. A few weeks later, she withdrew from the Rogers Cup in Montreal, eventually citing postpartum depression, a condition that afflicts about 15 percent of all mothers but is often dogged by stigma.

Then came the United States Open.

Nobody here in Melbourne has forgotten what happened during the women’s singles final. Carlos Ramos, the umpire, spotted Williams’s coach motioning at her to be more aggressive. Ramos warned about a coaching infraction. Williams shouted with an angry, unyielding insistence that she had done nothing wrong, that she would never cheat.

Nobody has forgotten the smashed racket, the point deducted as a penalty, her continued shouting: “You’re a thief,” she defiantly yelled at Ramos.

Nor has anybody forgotten the game taken away as another penalty, Williams’s assertion that male players often behave badly and get away with it, the booing and the tumult, and finally her surprising loss to Naomi Osaka, a rising star who may threaten her again in this tournament.

Admirers praised Williams for showing courage, for being willing to stand up to a man, for being a black woman ready to argue her point in front of everyone, for enduring long years of racial slights, for engaging boldly nonetheless — and for never losing any of her fire. (A cartoon with racist imagery lampooning Williams in an Australian newspaper shortly after the U.S. Open was yet another reminder of those slights.)

Critics saw her as unhinged. This had nothing to do with womanhood or being African-American, they said. To them, she had behaved like a spoiled and raving maniac. More than that, they claimed, she had obscured the performance of a lifetime by Osaka, who had played remarkably from the start.

But who could be surprised that Osaka got short shrift? Win or lose, the talk is almost always about Serena.

Chemaly, the social critic, noted how, during a tour for her new book, “Rage Becomes Her,” “people kept bringing up Serena.”

The book urges women to be unafraid of showing rightful anger.

Chemaly said she had been asked: “‘What do you think of Serena Williams?’ ‘What does she mean for this moment?’ ‘How would you compare what happened at the U.S. Open to Brett Kavanaugh’” and the anger he displayed before a Congressional panel?

“People really want to think about what it means,” Chemaly said.

During 2018, Williams, 37, went without a major title for the first time since 2011 (she skipped the Australian Open in 2018, still recovering from giving birth in September 2017), and she did not play another tournament after the U.S. Open.

But this is a new year. Based on her play during a string of exhibition matches in Perth — where fans greeted her warmly — and during practices this week in Melbourne, she looks primed to win again.

If she does, she’ll have achieved yet another milestone: a 24th major singles title, tying the former Australian great Margaret Court, whose Grand Slam championships came in both the amateur and professional eras.

“She seems fitter than last year,” Evert said of Williams. “The scary thought, looking at the women — they have to be thinking at this point, ‘Gosh, she was 60-70 percent last year, reaching two Grand Slam finals. And now she seems fitter, leaner. She’s moving better. She’s fresher.”

People are talking. “She’s so controversial now, everyone here will be paying close attention to that first match,” one local fan, Jess Stow, 34, said, echoing a commonly heard sentiment as she walked with her 2-year-old son near the Australian Open grounds a day before play was set to begin. “What will she end up saying?”

But so far Williams hasn’t said much. In Perth, she avoided discussion of the U.S. Open partly by keeping her news briefing to just a few minutes.

She did tell GQ Magazine in November that Ramos, the umpire at the U.S. Open, should have defused the contretemps by telling her about the signals from her coach before punishing her. It would have let her set things straight without the penalty, she said.

“Tell me that something’s happening,” she said, and she would tell her coaching box, “‘Whatever you’re doing, don’t.’”

Otherwise, she has held her peace in Melbourne. Her racket may offer her most meaningful reply.