It surprised no one in sport when Wallabies great David Pocock announced his tilt at federal politics last year, and it would have surprised no one that he was on the verge of victory on Monday, a Senate seat within reach.

A single-minded pursuit of excellence, fuelled by a level of discipline rare even among elite athletes, propelled Pocock to the top of international rugby. Considered among a handful of the world’s best in his day, Pocock played 91 Tests for the Wallabies across three World Cups, winning two peer-voted John Eales Medals and three world player of the year nominations. 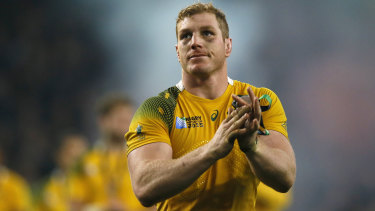 Senator Bam Bam: A warrior for the Wallabies, David Pocock is stepping into the politcal arena.Credit:AP

Nicknamed “Bam Bam” for his powerful physique, he was the match-winning difference for Australia on countless occasions, most famously in the quarter-finals of the 2011 Rugby World Cup, where his world’s-best “jackaling” staved off countless tryline raids by South Africa and eventually if controversially, won the Wallabies a spot in the semi-finals.

Four years later he had the same impact at the 2015 World Cup in England but off a much tougher run. Four years of top-level rugby, played with his characteristic commitment, had taken a toll on his body. Pocock had undergone two knee reconstructions, lost two years to rehab, and barely trained during the tournament.

Each week in England it was anyone’s guess whether he’d play. But play he did, in a pool game against Wales still considered the Wallabies’ best-ever defensive effort, an upset win over hosts England, a semi-final against Argentina and 80 minutes against eventual champions, the All Blacks. All while carrying a torn calf muscle and broken nose.

Pocock’s entire career is proof he will survive a term in federal politics and longer – if he wants it – where many of his predecessors have not. Of course, he is not the first to pivot from sport to law-making, turning the skills honed at the elite level of competition to the cut and thrust of campaigning. 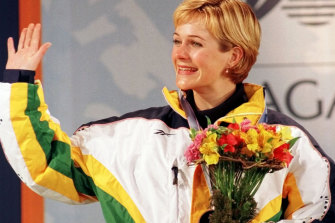 Zali Steggall, Nova Peris, Glenn Lazarus, Justin Madden, Michael Cleary and Greg Dowling are the most notable examples of Australian athletes who went into politics. Goal-driven to their core, each approached winning elections the same as they approached winning games or medals. Competitive zeal, laser focus, and a hunger to win.

But among those only Steggall, Cleary and Madden stayed beyond their first term. Cleary and Madden both rose to ministerial level in the NSW and Victorian state governments, respectively, during long careers. Steggall, an independent, has just won a second term in federal parliament after ousting former prime minister Tony Abbott from Warringah in 2019.

Some are vulnerable to having their profiles co-opted by political parties. Dual international Israel Folau was approached by Clive Palmer last year to run on the United Australia Party ticket but opted out, no doubt still ginger from a bruising run-in with the culture wars in 2019.

Others have folded because they weren’t sure why they were there in the first place. Rugby league Immortal Mal Meninga fell into that category, his campaign lasting 30 excruciating seconds before he threw in the towel during a live radio interview in 2001.

There is no danger Pocock will go that way. The 34-year-old wore his principles and political views on his sleeve throughout his career. As a third-year Wallaby in 2011, Pocock was already more interested in talking about his favourite feminist authors than that week’s Test match. In 2012, he had the courage to pull up Wallabies legend David Campese when he said this writer’s gender should preclude her from writing about rugby.

His confidence in his convictions only grew as the years passed. In 2014, he courted the ire of his Super Rugby club the Brumbies when he chained himself to mining equipment to protest a coal mine in NSW.

The incident piled pressure on the Brumbies from their commercial partners but won Pocock yet more admirers. He was also one of the players who stopped play in a Super Rugby match to protest the use of homophobic slurs by then-Waratahs flanker Jacques Potgieter.

Pocock’s challenge, if victory is confirmed, will be embracing the pragmatism required to be effective in politics. His choice of a Senate seat and status as an independent will ease this transition.

He will be comfortable operating as a check and balance against the major parties and tireless in his pursuit of greater integrity in the political class, but it will be interesting to see how he navigates the deal-making element of his role in the Upper House. Pocock the match-winner Australians know well. Pocock the pragmatist is yet to be proven.