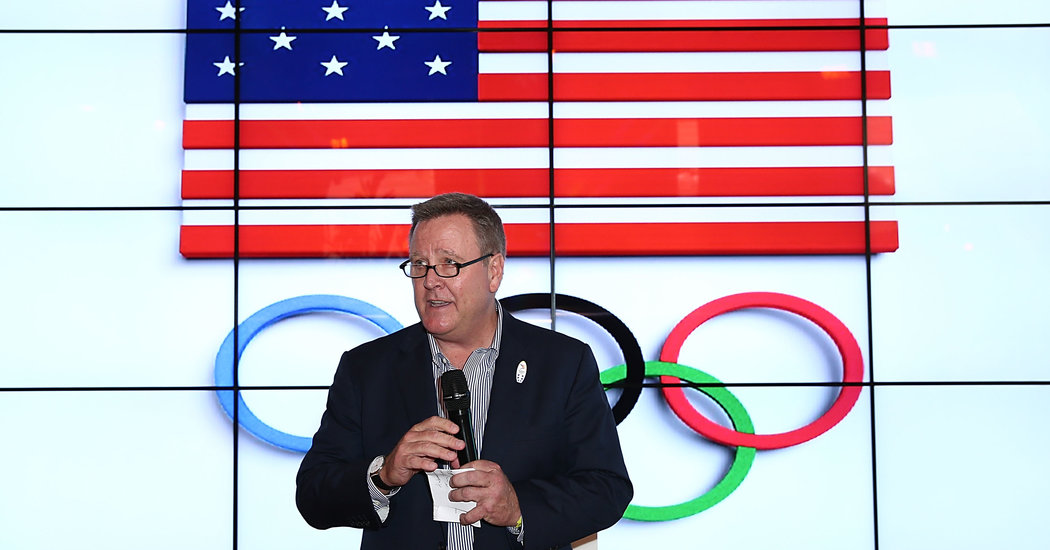 Senator Richard Blumenthal, a Democrat from Connecticut and one of the leaders in Congress’s examination of the sexual abuse problem in Olympic sports, on Tuesday formally asked the F.B.I. to investigate the United States Olympic Committee and U.S.A. Gymnastics based on what he called “their role in this massive cover-up” involving the longtime gymnastics national team doctor Larry Nassar.

“As you know, accomplice liability is a federal crime,” Senator Blumenthal wrote in a letter to Christopher A Wray, the F.B.I. director, on Tuesday, before urging the Justice Department to investigate “whether the organization is culpable for the harm caused by Nassar.”

Blumenthal, the ranking member of the Senate subcommittee that holds jurisdiction over the U.S.O.C., pushed for the investigation a day after the law firm Ropes & Gray released a 233-page report examining some of the people and entities that enabled Nassar to thrive for decades in the world of sports.

The report, commissioned by the U.S.O.C., was a scathing indictment of a broken system that allowed Nassar to molest girls and women for decades. Investigators found that Scott Blackmun, the U.S.O.C.’s chief executive who resigned in February, did nothing to investigate or stop Nassar in the year or so after he learned of accusations of Nassar’s abuse.

The Justice Department’s inspector general’s office is already investigating the way the F.B.I. handled the matter, according to two people with knowledge of the matter, because the case languished for more than a year at the bureau before it took action.

But now Senator Blumenthal, as well as dozens of survivors of Nassar’s abuse, said it was time for the F.B.I. to dig deeper and for individuals who enabled Nassar to be held accountable.

“One of the issues here is why the F.B.I. has failed to do more,” the senator said in a telephone interview. “We have made some inquiries about it but have yet to receive a full answer from the F.B.I.”

Many of Nassar’s victims have been asking for a federal criminal investigation into who was complicit in Nassar’s abuse. Jordyn Wieber, an Olympic champion gymnast who was abused by Nassar, said at a news conference in Beverly Hills, Calif., that the goal continued to be finding the truth in the Nassar case — and revealing it all, and quickly. The girls and women need to move on, she said.

“It’s hard enough to tell our story again and again and again,” Wieber said on Tuesday while sitting with her lawyer, John Manly, and several other Nassar survivors. “It’s even harder to continually hear news of more people who knew about this and didn’t do anything.”