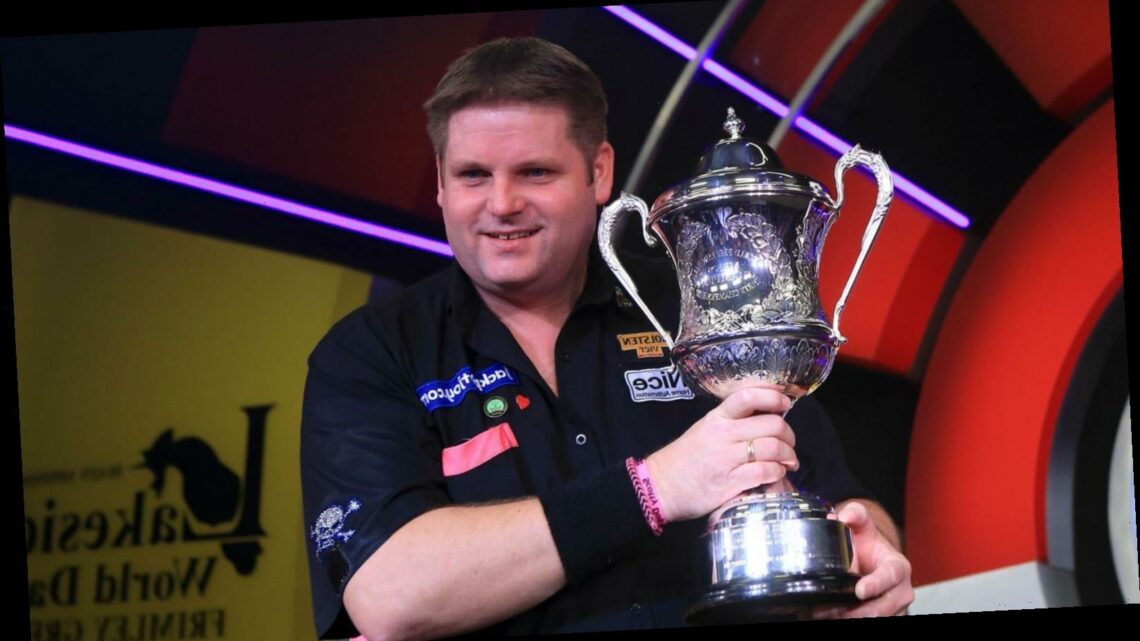 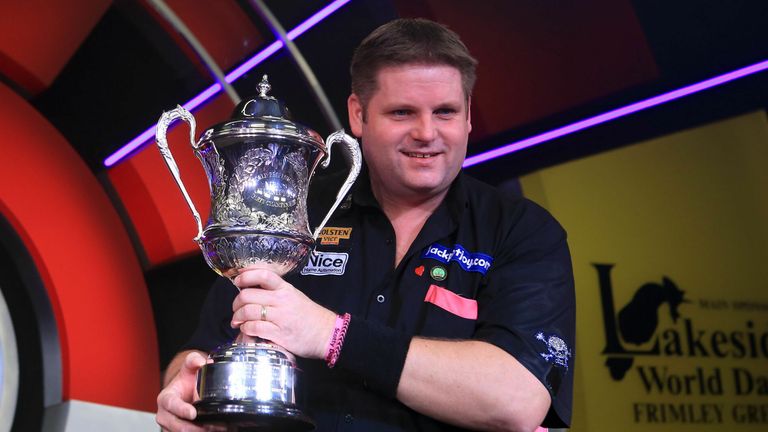 Over the last 15 years, some big names who have won the BDO World Championship switched across to the PDC and made quite the impact.

Raymond van Barneveld, Jelle Klaasen, Mark Webster, Stephen Bunting and most recently Glen Durrant have all made a splash after the move.

Fresh from winning his PDC Tour Card at Q-School, 2015 Lakeside champ Scott Mitchell will be hoping to follow in their footsteps.

‘Scotty Dog’ will kick off life in the PDC on Thursday, as he takes part in the Super Series.

“I’ve got to work out how to get my best game out there 80 per cent of the time. If you don’t do that, you haven’t got a hope in hell. Where you can get away in the BDO with a poor average and your name brings you through it, you ain’t going to get away with that [in the PDC],” he told The Darts Show Podcast. 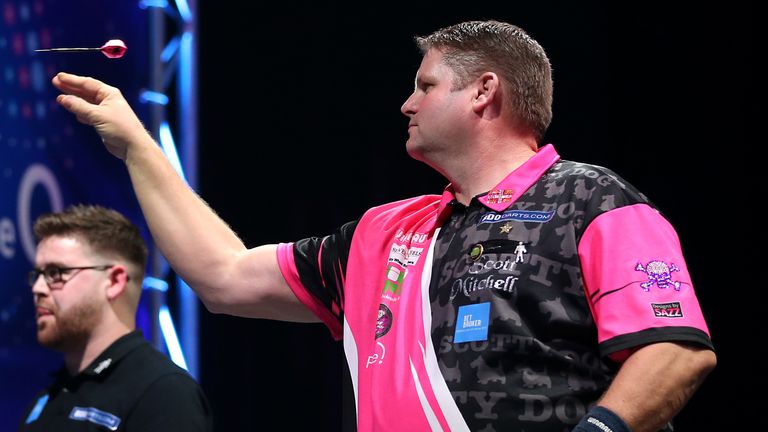 To know that you’re part of the best 128 players that are on the planet at this particular time, I’m very proud of that fact.

Mitchell is thrilled to be joining the world’s elite

Mitchell left it late at Q-School earlier this month, with a run to the final on the last day getting him over the line.

“Going into the [final] day, I knew I had to make the final,” he said. “Sometimes when you know what you’ve got to do, it’s a lot easier if that makes sense?

“I was just wishing for a bit of luck. I’d drawn Fallon (Sherrock) the first day, when I hadn’t played anybody for four months. I was so nervous, when you’re playing one of the best women in the world. You just don’t want that on the first day. You’re feeling rusty, you’re feeling nervous.

“And I bumped into Jack Main the next day, who had reached the final the day before, more or less assuring himself of a card. So I was feeling unfortunate with the draw, so you were saying ‘the last day I’m going to get a good draw’, and I get Alan Norris first round!

“But your experience tells you if you get past that, and you play well, it sets you up for a good run.” 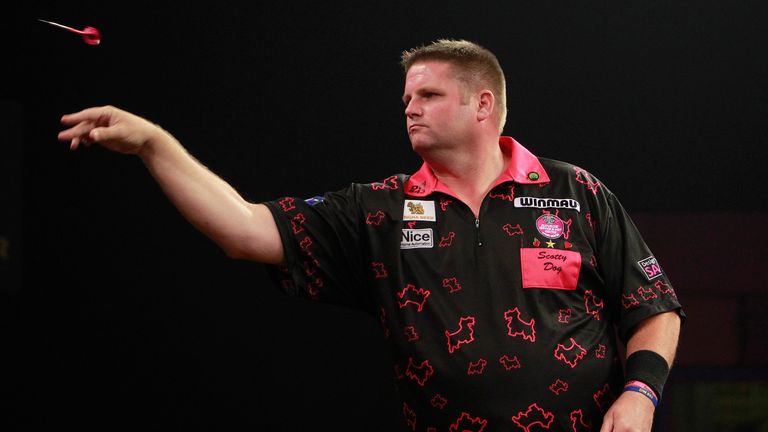 Like many players on the tour, Mitchell will also be balancing a full-time job between tournaments at the oche.

But there are not too many elite sportspeople who work as farmers.

“The best thing about being your own boss in any job, you can pick your times and choose your times you do certain things. I know with the farm, that’s not always the case. If a cow is going to calve, it’s going to calve when it wants to. Nothing to do with when you want it to,” he laughed.

“I’ve got to be able to go to the darts, not worried about what’s going on at home, to allow my mind do what it needs to do. At the same time, I can’t be out on the farm, worrying about the darts either, because you make mistakes and hurt yourself. It’s a dangerous industry. I’ve got to get a happy medium between the two.

“My son is obviously a massive influence in how the farm is going to run, he’s well into his farming.

“He’s going to have to help out on those days. But it’s not like we don’t know when we’re going to be away. So you can plan for these things, same as you do when you’re planning to go on holiday.”

The return of fans

Another aspect of life in the PDC he is relishing is stepping onto the big stage. While it may be another few months before he gets the opportunity to play in front of fans, it is a mouthwatering prospect.

“I can’t wait. Obviously there’s a lot of work to be done before I make these tournaments. But it’s just great. I couldn’t imagine going to Ally Pally without a crowd,” he said.

“We play because we want people to watch us. We’re good, and we know we’re good. We’ll handle whether we win or lose. But it’s just great to be up there, on those big stages with all those fans in, there’s just nothing better. There’s nothing better in life. There really isn’t. So to get back, maybe I’m happy that I got a Tour Card a year later than I wanted one! It could be an advantage to me. I can’t wait.”

But first things first, he must get the business done on the Pro Tour, to work his way up the PDC Order of Merit. That starts on Thursday, at the Bolton Whites Hotel.

Watch full coverage of every night of the Premier League on Sky Sports, and stick with us through the year as we bring you the latest darts news on skysports.com/darts, our app for mobile devices and our Twitter account @skysportsdarts.

The REAL Reason Prince Harry & Queen Elizabeth Are So Upset!