Home » Scary thought for East: Nets only going to get better 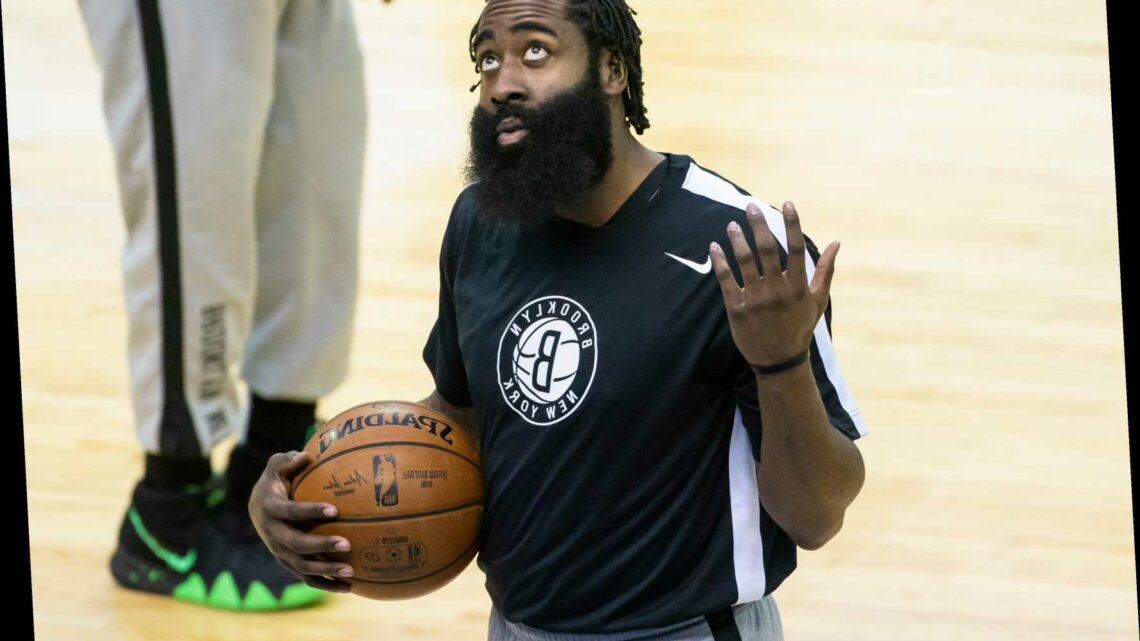 Scary thought for East: Nets only going to get better

Knicks have a night to forget:
'You get what you deserve'

Julius Randle-RJ Barrett is electric duo Knicks have longed for

Is this the start of a golden era in New York sports?

And yes, yes, yes: It’s the kind of thing that can get you in trouble in the playoffs. Understood. We can agree on that.

Still, the playoffs are a good 2 ½ months away. By the time the playoffs arrive, the Mets and Yankees will both be 45 games or so into their seasons. We will know for sure who the Jets’ quarterback next year will be. We will see what kind of goodies Dave Gettleman has in mind to fatten the Giants’ talent pool.

For now, the Nets are going to play an awful lot of games like this 132-114 bloodying of the Rockets in James Harden’s return to Houston’s Toyota Center. They are going to have piles of games against grossly overmatched teams. That’s the grind of the season for the elite teams: figuring out how to get it done when there isn’t another elite team on the floor.

The Rockets had lost 12 straight. They had eight available players. They aren’t especially good even at full strength now that they’ve been de-Bearded thanks to Harden seeking asylum in Brooklyn. And the Nets … well, even minus Kevin Durant, they have elevated their game over the past three weeks to the point at which this could have been over at halftime.

It wasn’t over at halftime.

It was, in fact, an eight-point game when John Wall (36 points) knocked down a 21-foot jumper to pull Houston to within 105-97 with just under eight minutes to play.

It’s better to have the kind of team that responds. Somewhere in the building, someone affiliated with the Nets immediately flicked a switch. Harden (another triple-double: 29/10/14) nailed a 3-pointer. Nicolas Claxton (another revelatory game: 16 points and eight boards in 16 minutes) hit a short jumper. Harden made another 3, then two more free throws, and then Kyrie Irving (24 points) hit a jumper.

“We’re building a team,” Nash said. “We’re defining roles and identity at both ends. The team is bonding. A great environment and atmosphere forming. We need to continually fight for improvement and defensively play like underdogs.”

Of course, the Nets are nobody’s idea of an underdog, not against most of the rest of the league, and so much of the motivation must come from within, from playing without Durant, from knowing they are now a season-best 11 games over .500 (24-13) even though the Big 3 has only played seven games together.

“This showed the maturity of the group,” said Joe Harris, who took five 3s, made four of them, and scored 19 points. “Teams will make runs, make some shots, we stayed resilient, honestly, and the guys at the top all stay so even-keel, preach withstanding it, staying with it, and pull off some momentum.”

Said Nash: “We can definitely improve.”

They will improve, which is a little scary for the rest of the league. Their ascent to first place in the Eastern Conference was stalled by at least a week thanks to the 76ers’ stirring comeback against the Jazz, but as with everything around this team right now, it seems like just a temporary issue. The Nets will rest over the All-Star break, they will be healthy eventually, they will keep figuring out ways to grind out wins.