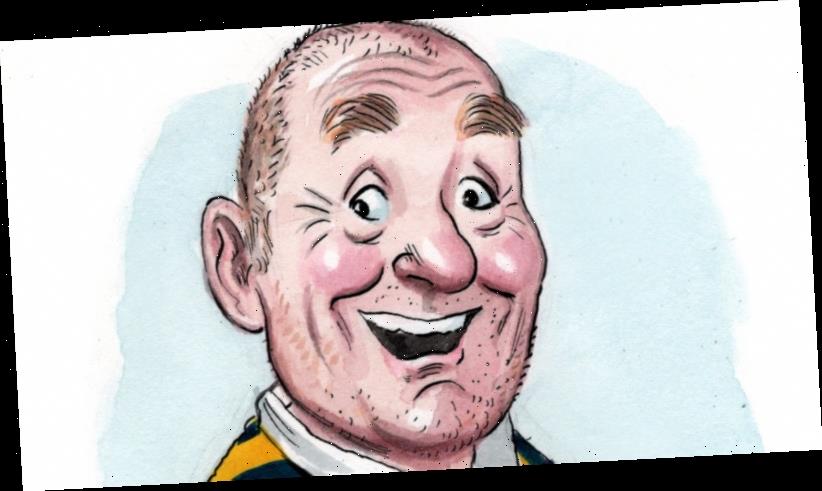 And isn’t that just the way of rugby? 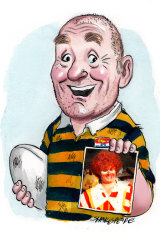 There are some blokes who can step off both feet, others who can kick goals from the sidelines, and still others who can see and execute scoring opportunities that others can only dream of. Those blokes, by and large go on to fame and glory, and good luck to them.

But then there are other blokes, the ones who are not just the heart and soul of the team, they are the ballast, the very core of what the team is – who front up to every training, every match, for years on end, who always have time for everyone, who always have your back, who in riotous fashion can tell you about the wet day at Chatswood Oval 10 years ago and what happened. These are the blokes who you grow to love not for something so superficial as their football skills, but for their character, their decency; the fact that they are the very same blokes who so often show up in your happiest memories of the game and everything that went with it.

“Red” O’Connor, so called for his signature red mop, was one of those blokes – a front-row forward for St John’s College and Sydney Uni for donkey’s years from the mid-80s on. A strong player through all the grades, the blokes loved the man from Moree and even when no longer in his team, even when everyone had moved on, either kept in touch with or heard from time to time what he was up to, through his happy marriage to Jackie, four kids and career in business.

And to a man they were devastated when a fortnight ago they heard the shocking news. In his late 50s, Red, still seeming fit, had dropped dead on a camping trip at Kangaroo Valley. Just like that – massive heart attack. They tried everything, but Red was gone.

The word spread far and wide on Monday morning.

Have you heard??? Red! Gone. No, not Red! Really? I can’t believe it either! Christ.

And they remembered. All those matches. All those trips. All those laughs. And come the time for his funeral and wake, they came from everywhere – from every part of the country that still had open borders – to pay their respects, and grieve together, to remember.

Late that night, 30 of the core of the core are left, gathered at the Grose Farm Hotel on Missenden Road. And it’s getting time to go.

But one last thing.

Now one of his teammates from the old days at St John’s College, Peter Strain stands up and says, “I’ve got an Irish ballad to sing for Red. It’s called The Parting Glass …”

And now, in his superb baritone he sings it. This one’s for you, Red.

Of all the money that e’er I had
I have spent it in good company
Oh and all the harm I’ve ever done
Alas, it was to none but me …

Good night and joy be to you all.

Not a dry eye in the house.
Good night, Red.

Son of a gun

Watching the TV news on Wednesday evening, up popped vision of the latest Newcastle Knights recruit, Jack Johns, going through his impressive paces at training.

For fun, I texted his father, Matty Johns:

“Good Looking Rooster, your son! Or Knight, if you will.”

On the instant, Matt texted back.

(It’s ok, I checked with Matt and Mrs Johns, and they said I could run it, because it is a JOKE.)

Underarm on the up and up 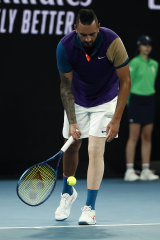 Given a serve … Nick Kyrgios.Credit:Getty

As unaccustomed as I am … to defend Nick Kyrgios, the nation’s enfant terrible of tennis has taken a little flak in recent times, for his occasional under-arm serves – with critics likening it to the infamous underarm ball against the Kiwis in 1981.

Nup, not a bit of it. The underarm serve is perfectly legitimate and – as Kyrgios has demonstrated by executing his own with such clever disguise – wonderfully effective when your opponent is standing against the back fence. It is all part of tennis’s yin and yang, cat and mouse, power vs guile. It’s so fine … I do it myself!

Think outside the boxing

So to Anthony Mundine, the great rugby league player who became a boxing world champion – an extraordinary feat. This week he was in the news again, spruiking some upcoming professional bout against someone or other:

“I want to go out a winner,” he said. “That’s what I deserve. I’ll shock the world when I knock this cat out. I’ve still got what it takes. My legacy will never be spoilt.”

Mundine is 45 years old and has been getting hit in the head for a living for 20 years, on top of the concussion damage he took as a top-shelf rugby league player for five years before that. Who thinks this is a good idea? Who sanctions it? If you watch it – sustaining a sport where the winner is the one who has handed out the most brain damage to his opponent – give yourself an uppercut, instead of getting your jollies watching such barbarity. You heard me.

Hawthorn coach Alastair Clarkson dropping some pearls of wisdom:“Within our club – and it’s now become outside of our club – we talk about the four Ps, which is the piss, the punt, the penis and the powder. And where there’s strife in anyone’s life, by and large, one of those four is going to get you. One of them is illegal but three of them are legal. So certainly the legal ones, well, you’re allowed to have a punt and you’re allowed to go out and have a drink and you’re allowed to spend time with a lady or male partner. But if you do those things excessively and foolishly then you’re going to find yourself in a little bit of trouble.” Thanks coach! And yes, I noticed the “male partner” thing, too. Great sign we really are in 2021.

Collingwood great Dane Swan on his partner giving birth: “It was the last week of my multi so I kind of had one eye on the Lakers and one eye on her.” I am told a “multi” is something to do with gambling. But look, Dane, Coach Clarkson wants a word …

Channel Seven CEO James Warburton on Cricket Australia: “I think as a network we’re extremely dissatisfied with Cricket Australia, with the administration.” Translation for CA: the CEO would like you to make an appointment to come in and have a haircut, at your soonest convenience.

Serena Williams after her elimination from the Australian Open, on whether this had been her last stand in Melbourne: “I don’t know … if I ever say farewell I wouldn’t tell anyone.”

David Campese on joining the Channel 9 rugby commentary team: “Over the last couple of years I think the game has been neglected in knowledge of the game. I’m not saying the guys who have been there don’t know the game but I’m a bit different.” Yup. That’s just Campo’s way of saying “Hi” to Phil Kearns, Rod Kafer, et al!

Former Italian soccer player Christian Vieri who grew up in Australia on his love of watching cricket: “I’m on YouTube a lot watching cricket. My wife always says ‘what are you watching? what is this?’, three hours a day watching games from 1984 and 1986, and she is going ‘what is wrong with you, why aren’t you normal?’ I say to her, ‘listen, I grew up there, these are the days I was there following cricket’.”

Nick Kyrgios talking about who else but Novak Djokovic: “We’re just having some fun. Novak, I’m sure, doesn’t like me and we both have respect for each other, but I don’t like him at all, so it’s fun.”

Journalist Alan Atwood in the SMH being a tad harsh, in my view, after attending Kyrgios’s last stand: “Never before had I been amongst such a toxic crowd. Who’s to blame? Kyrgios himself and his mostly male supporters, whom I’ll call Nickheads. Also Open organisers, for pandering to them. It reminded me of Donald Trump’s mob.”

Team of the week

Ash Barty. The nation’s favourite, out in the quarter-finals of the Australian Open.

Rahkeem Cornwall. Cult cricketer put in a man of the match performance to help the West Indies past Bangladesh.

Liverpool. Fall from grace has been swift.

Josephine Louise Sukkar AM. The long-time rugby union identity and sponsor has just been appointed as the first female chairwoman of Sport Australia, formerly the Australian Sports Commission, which, very broadly, is responsible for the allocation of funds to support Australian sports.

Oliver Hoare. The Sydney-sider announced his grand entrance on the world’s athletic stage, clocked a national record for an indoor 1500m race in New York last weekend in 3:32.35. And he has only just begun!

Scott Miller. The swimming silver medallist from the 1996 Atlanta Olympics was arrested earlier in the week on a serious charge of trafficking illegal drugs, and is in custody.