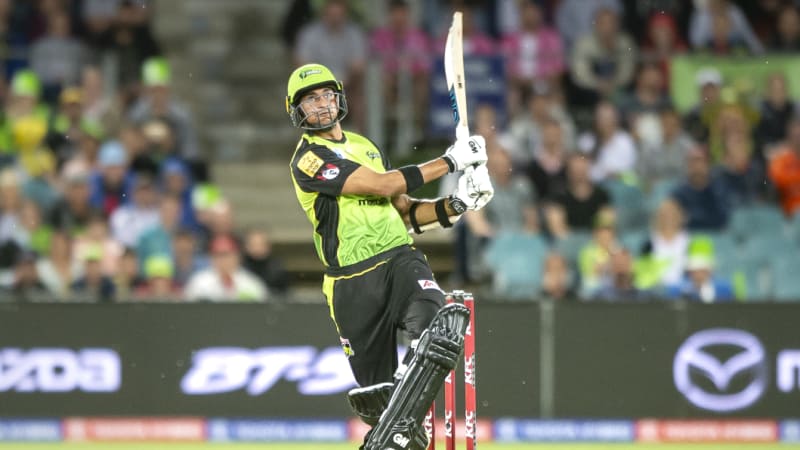 Sangha sizzles on debut as Melbourne Stars get Thunderstruck

Sydney Thunder all-rounder Daniel Sams delivered on his promise to "hit some bombs" against the Melbourne Stars but it was teenage debutant Jason Sangha who stole the show at Manuka Oval on Friday night.

Sangha was superb in his first Big Bash League appearance as the man dubbed the next Ricky Ponting hit a match-winning 63 not out in Canberra. 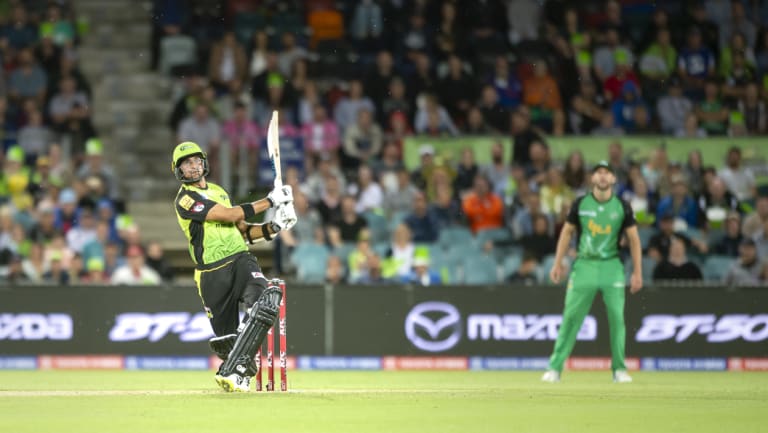 Ponting watched from the commentary box as the impressive 19-year-old top-scored crunched four sixes and four fours en route to 5-181.

Sangha made two tons in the first six first-class games of his career this summer which prompted former Test spinner Kerry O’Keeffe to call him Australia's best technical talent since Ponting.

The teenager didn't disappoint under the "diamonds in the sky" at Manuka and showed maturity beyond his years with some superb stroke play.

Joe Root (18) was also making his BBL debut but the England Test captain and was outshone by the young gun batting at the other end.

"Seeing the crowd here tonight reminds me of when I was a young kid in my Thunder clothes, so to be out here at Manuka for my first game and to watch some really good batting from the other boys like Joe Root and Daniel Sams was awesome," Sangha said.

"Before the game I didn’t know [what to expect], but the situation when I came in, me and Joe just had to be calm and we understood that one of us had to go deep into the innings, lucky enough it came off tonight.

"I’ve been pinching myself all week just being with [Root], he's been one of my idols growing up so to bat with him in front of this crowd is a dream come true."

Sangha and Sams put on 77 runs from 44 balls, a partnership made all the more impressive considering the latter had promised to dominate the Stars.

Sams (34) said he would "hit some bombs" which was particularly bold for someone with one BBL run to their name leading into the game, but he delivered with two maximums to the delight of the 8878-strong crowd.

Shane Watson (22) and Jos Buttler (20) were the next best contributors, while Stars duo Adam Zampa (2-23) and Nepalese debutant Sandeep Lamichhane (2-36) were the pick of the bowlers.

Stars captain Glenn Maxwell chose to bowl first on a wet track but was soon regretting it as his men dropped three catches and the Thunder went after all seven bowlers.

"Dropping a few catches and few errors in the field is a bit disappointing but it was extremely wet so got to give them a little bit of leeway, first game of the season as well," Maxwell said.

"I thought the ball would be quite hard to hit over the fence but unfortunately we bowled bad enough where they could hit to short square boundary."

Rain stopped play three balls into the chase and players returned almost an hour later with an adjusted total of 90 from eight overs but the Stars finished 16 runs short at 6-74.

Sams (3-5) backed up his batting with two wickets in his first over, while Sangha took a sharp catch on the boundary to dismiss Marcus Stoinis (2).