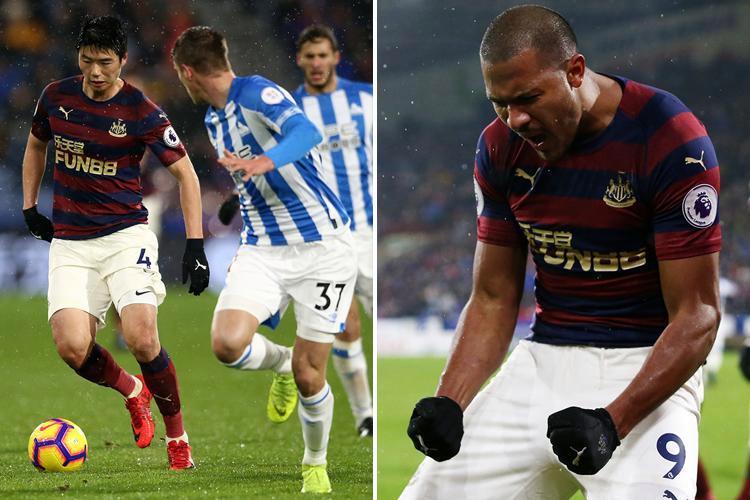 After starting this month with a three-match winless run, Newcastle’s stars decided to cancel their festive knees-up which was planned to take place in London after today’s game. 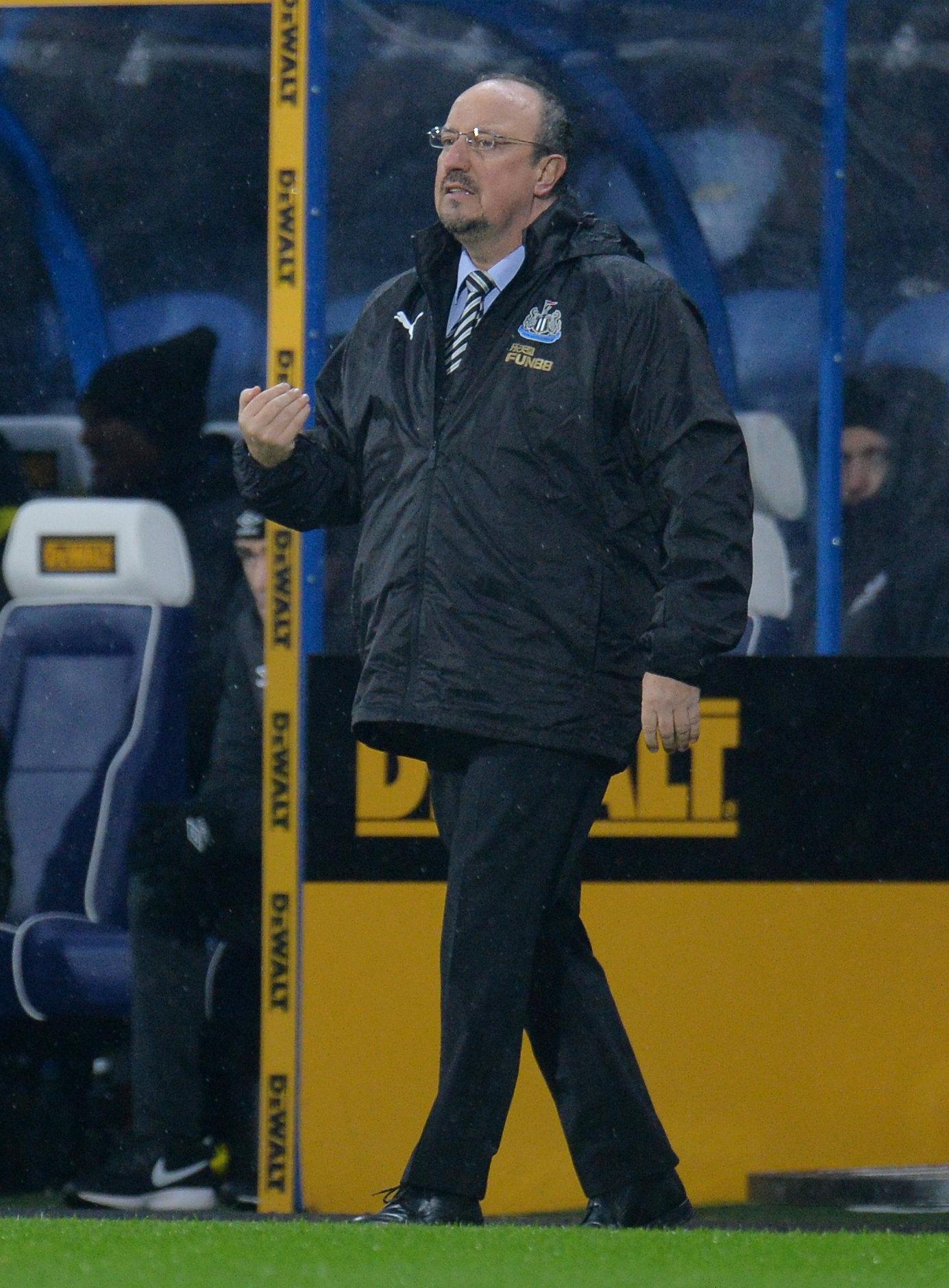 But Rondon got the party started at the John Smith’s Stadium with his second-half strike.

And it meant Newcastle head into the hectic Christmas period now six points clear of the drop zone.

This was a priceless win for Rafa Benitez’s boys, coming as it did against one of their main relegation rivals.

But this was a fourth defeat in a row for David Wagner’s Huddersfield, who remain third bottom. 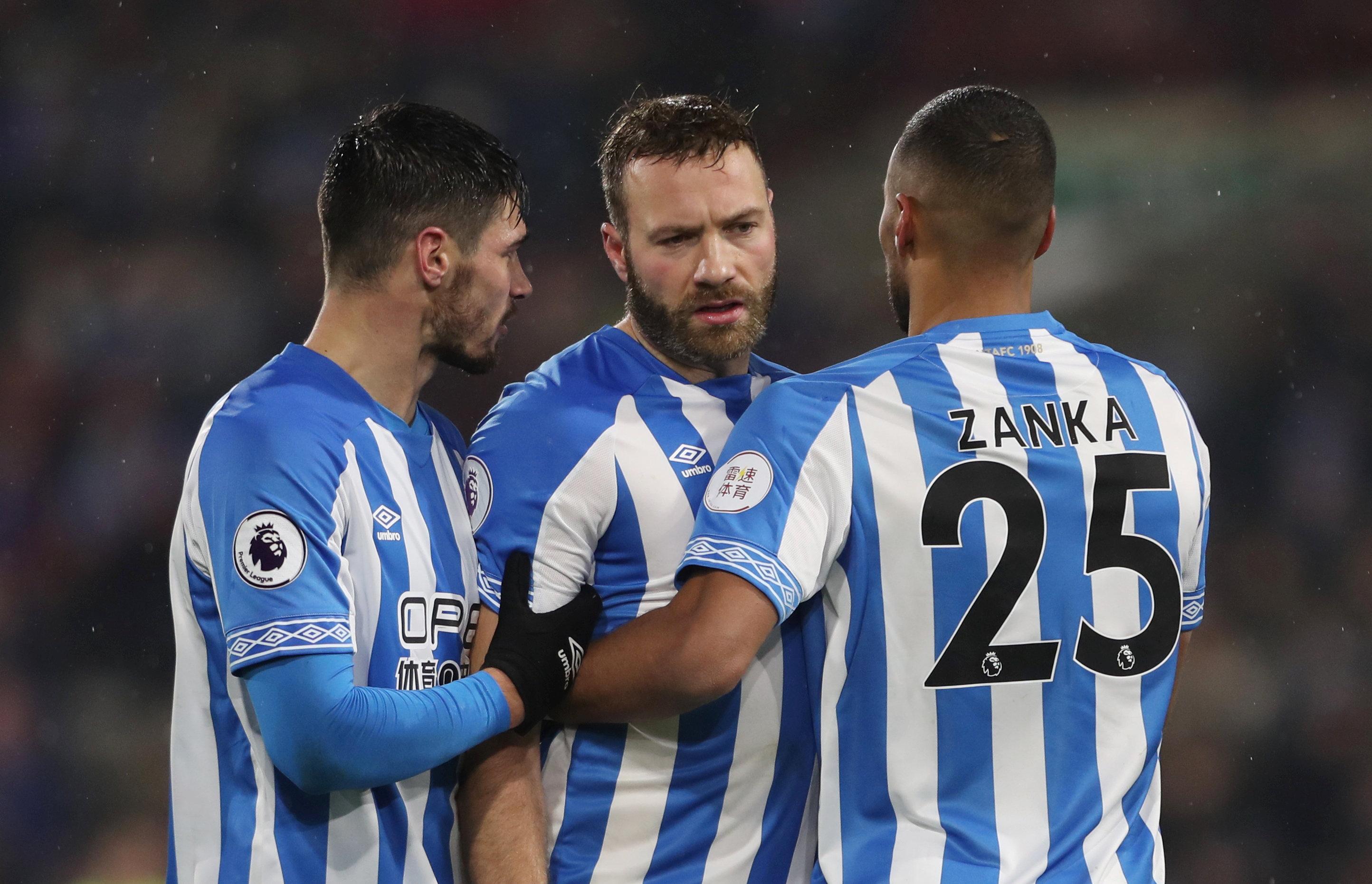 The match was Sunday league stuff at times, especially in the first half, with the heavy rain causing havoc.

Huddersfield, though, seemed to get to grips with the conditions quicker with Philip Billing their stand-out star.

And it was the great Dane’s left-footed free-kick from 30 yards which forced the first save of the game, with Martin Dubravka diving full stretch to his right to tip over.

At the other end, Fabian Schar saw a shot saved by the legs of Jonas Lossl after bringing down Ki Sung-yueng’s lofted ball in over the top.

But Newcastle, who had DeAndre Yedlin sent off against Wolves last weekend, could perhaps have been down to ten again here. 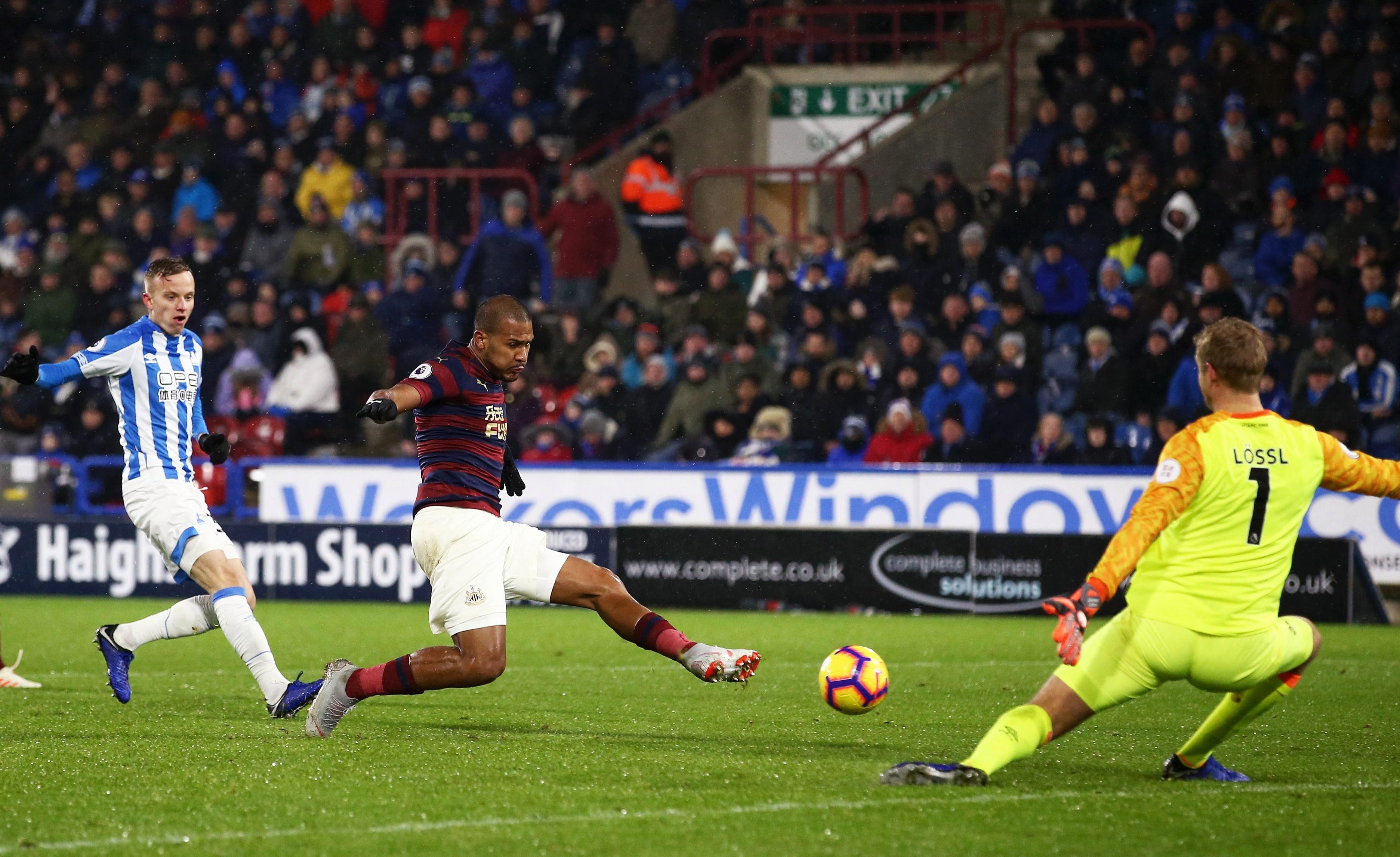 Jamaal Lascelles went to close down Laurent Depoitre, who was going nowhere on the touchline.

But the Toon captain then put in a needless, late and high challenge, wrapping his right foot around the striker’s thigh.

And Lascelles would have been relieved to see referee Anthony Taylor only show him a yellow card.

The defender was looking completely out of sorts, but so was every Newcastle outfield player, as they struggled to string two passes together and made constant cock-ups at the back.

So it was fortunate they were up against the league’s lowest scorers, who were not making the visitors’ mistakes pay.

Things were barely better immediately after the break, although Christian Atsu drew a one-handed save out of Lossl with a tame strike from inside the box. 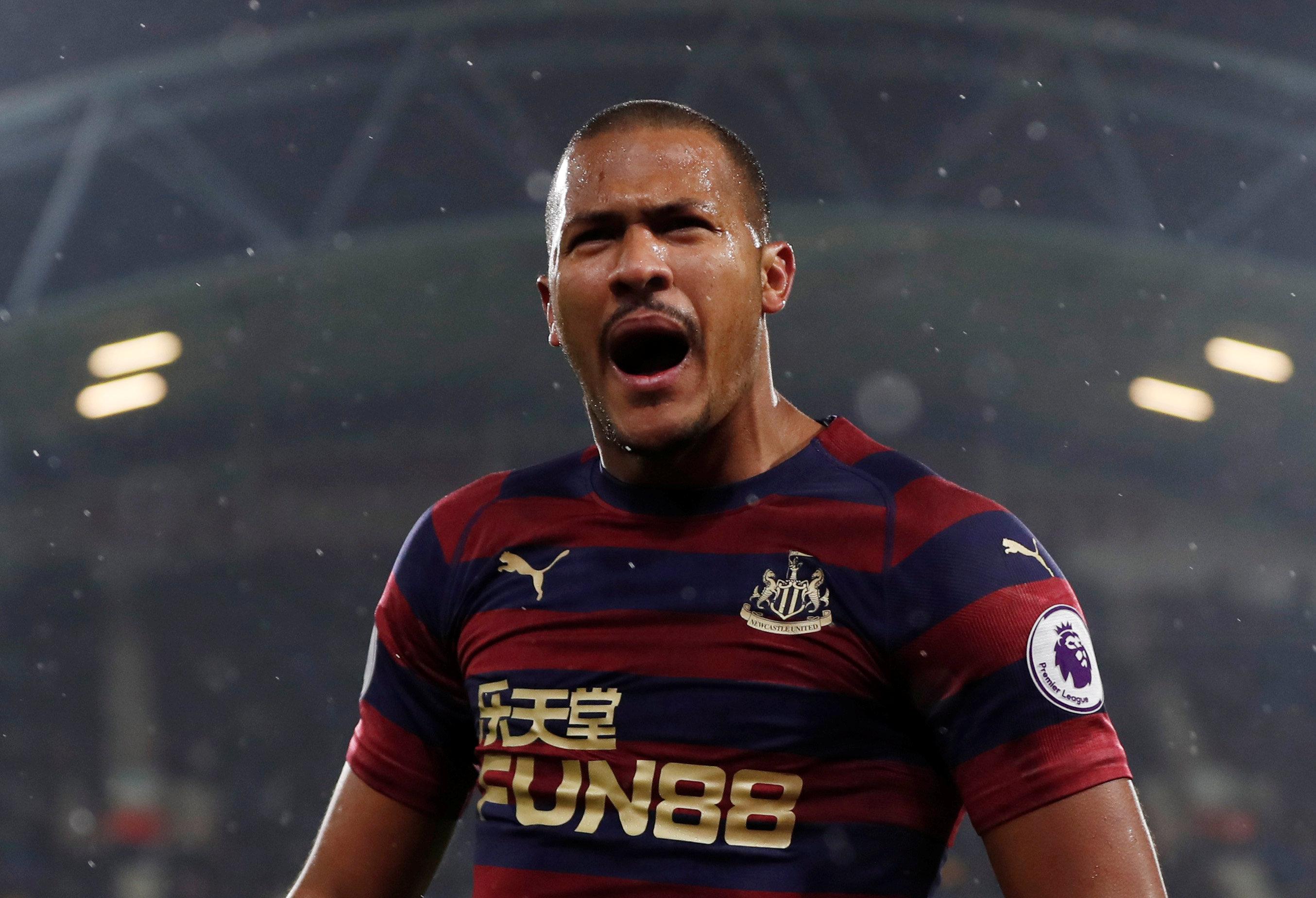 But Newcastle then took the lead through the first quality move we had seen all match.

Schar punted the ball up the right to Perez, who controlled with his chest and cleverly knocked inside to Javier Manquillo.

The Spanish wing-back then squared for Rondon with a perfectly weighted ball.

And the on-loan striker did the rest, sliding in left-footed from 12 yards for his fifth goal of the season.

The freezing away contingent – which included a handful of fans with their tops off – warmed themselves up with wild celebrations in the South Stand.

Those scenes would have been shortlived were it not for Dubravka, who dived across to his left to keep out Chris Lowe’s low 20-yard drive.

But the immense Slovakian stepper was rarely tested again as Newcastle clung on for a clean sheet and a precious three points. 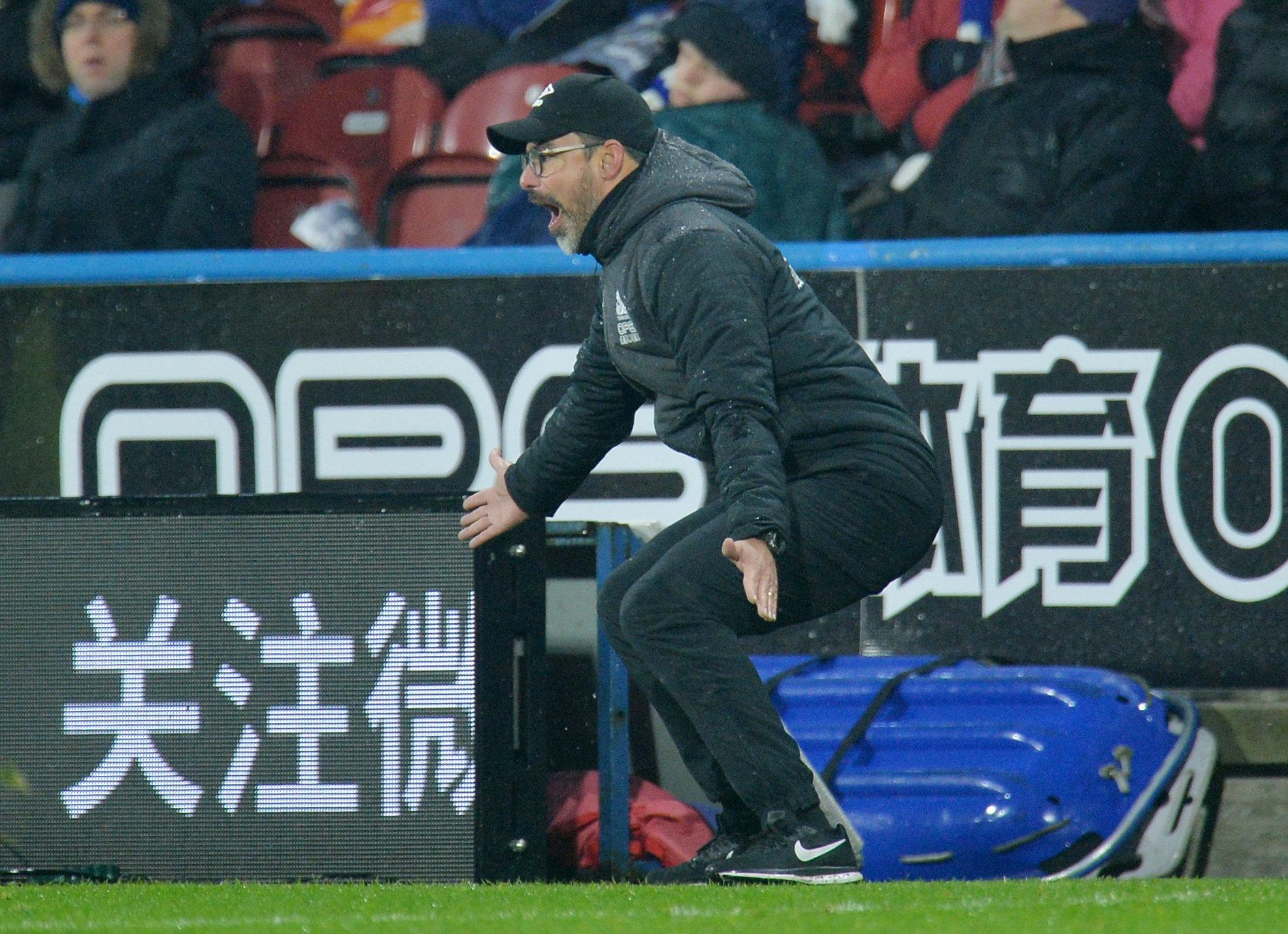