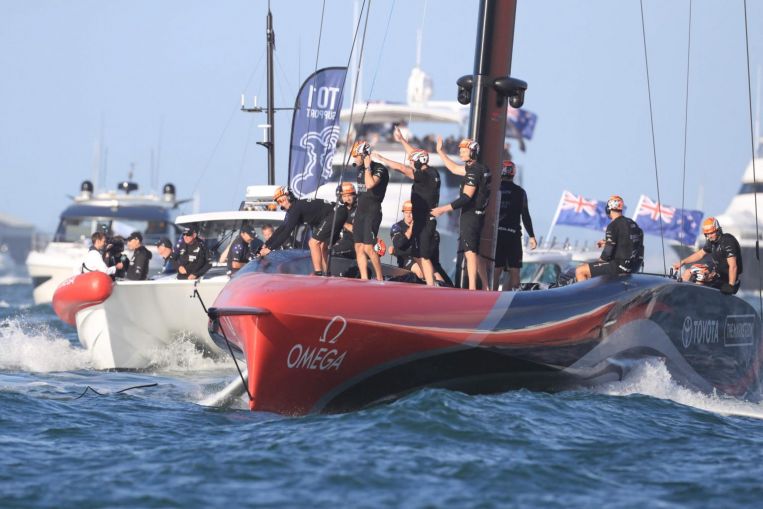 AUCKLAND (REUTERS) – Team New Zealand won the 36th America’s Cup on Wednesday (March 17), beating Luna Rossa 7-3 in the best-of-13 series with a dominant 46-second victory in race 10 off the coast of Auckland.

Italy’s hopes of winning sailing’s showpiece event were dashed again in the nation’s third America’s Cup match, having lost 5-0 to TNZ in 2000 and 4-1 to the United States in 1992.

After fierce sailing in race nine on Tuesday, the decider ended up a procession for the home yacht as TNZ’s superior speed left the Italians praying for a mistake from the defender.

There was no late twist, however, as TNZ rounded the final gate 49 seconds before the challenger and crossed the line to cheers from home fans on spectator boats and crowded on the foreshore.

Race 10 was postponed twice as officials waited for favourable winds, but TNZ wasted little time before throwing down the gauntlet with a quick tack to the right straight out of the start gate.

It proved a master-stroke as they carved out an early lead after the first mark and extended it to nine seconds coming into the third leg.

Luna Rossa had a poor exit from the second gate and TNZ’s lead blew out to 27 seconds to leave the Italians hoping for a mistake from the New Zealanders.