Home » Sport » Sailing: ‘It’s a real shame’ – Peter Burling on Government’s MIQ denial, Olympics and his love of the ocean 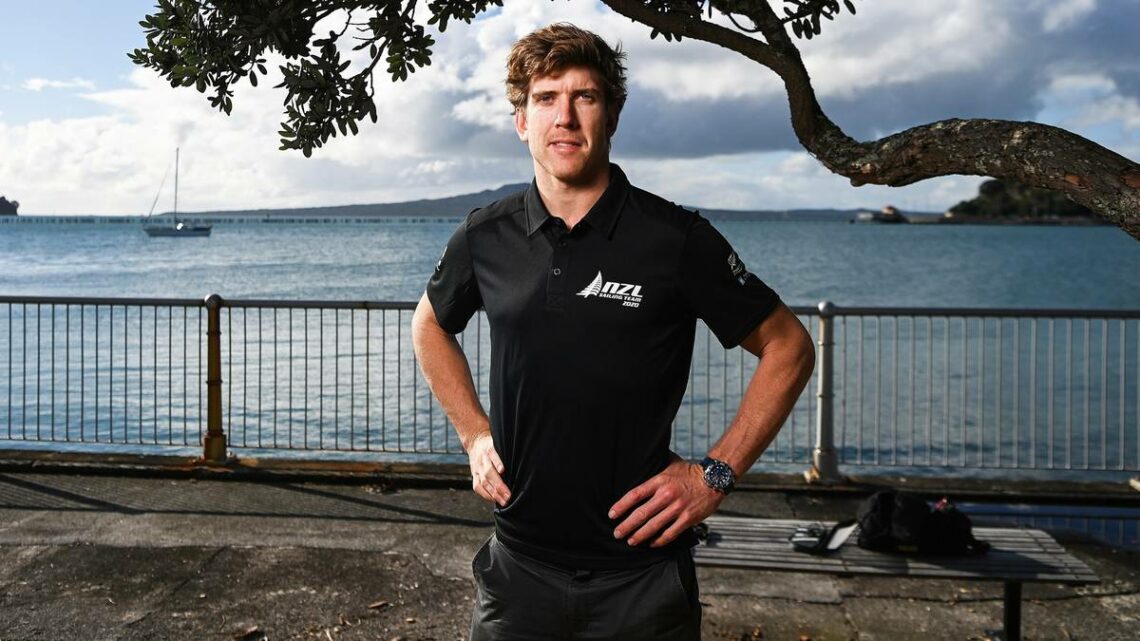 Sailing: ‘It’s a real shame’ – Peter Burling on Government’s MIQ denial, Olympics and his love of the ocean

Peter Burling says it’s a “real shame” about the cancellation of next year’s planned Christchurch leg of the SailGP season, but the Tokyo Olympics silver medallist is just thankful to be able to get back on the boat in what’s been a busy few months.

Plans for the inaugural Christchurch round of SailGP set for the end of January next year was sunk due to the New Zealand Government’s denial of access to MIQ facilities for the 160-odd contingent of teams and staff to enter the country.

It’s the latest international sporting event in New Zealand to get cancelled due to the Covid-19 environment and the Government’s MIQ policy.

Speaking after claiming silver in the men’s 49er in Tokyo with teammate Blair Tuke, Burling said he understood the Government’s decision but was disappointed not to be able to sail in home waters next year.

“We’d really love to bring an event down to New Zealand,” he told Newstalk ZB’s Matt Brown. “Being the sailors on the home team at that point would be something that would be pretty amazing.

“Also it felt like sailing was getting such good momentum in New Zealand but for us all we can do is what we get told in this regard. Obviously a real shame but the Government’s got their reasons. We’ve just got to get on with it.”

Burling also opened up about his own struggles around the pandemic, meaning a prolonged stay in Europe and not being able to come home after winning his medal in Tokyo.

“I think it’s not really my job to comment on that kind of thing,” he said when asked if there was a better way to prevent further cancellations of sporting events like the SailGP in Christchurch. “Obviously the Government’s got to do what they can to keep everyone safe. I think they’ve done an amazing job in so many regards to keeping Covid out of New Zealand.

“For us as athletes and as people who compete overseas a lot, it definitely changes our lives a lot. It means that we’ve just got to commit to longer stints overseas. It’s obviously pretty tough not being able to go home after winning an Olympic medal for example, watching all your friends sitting in MIQ trying to get out.

“For myself I’ve got a spot booked in October to get back in New Zealand after the next couple of SailGP stops. That’ll be my first chance to get home in quite a long time, which I’m definitely looking forward to. Definitely it changes our life quite a bit.”

It’s been a whirlwind few months for Burling – after leading Team New Zealand to victory in the America’s Cup in March before claiming his second Olympics medal a few months later – and he’s right back into action again for the SailGP leg in Denmark this weekend.

“We’re definitely very excited to get back into the SailGP boat. For us it’s obviously been something with Covid flipping the schedule into the Olympics being this year, it’s kind of made life pretty busy.

“It’s a nice little period but it’s been pretty incredible to get up to Tokyo. For me and Blair we didn’t quite get the result we wanted there but to walk away with another Olympic medal for our country is something we’re incredibly proud of. But it’s great to be back doing another event and trying to make the most out of a little bit of time outside of New Zealand.”

Burling says he hopes New Zealand will be able to host its first SailGP event sometime in the future. But for now, he is determined to enjoy his time in Europe before being able to return home in October.

“As a New Zealand team competing in SailGP we’d love to have a home event. It would be amazing for us to showcase what we do in this league on home waters. It’s been a real shame that the first three events have been in such a terrible time zone for New Zealand.

“Only the real die hard fans have got up to watch it at 4am or whenever it’s been on. It would’ve been amazing and hopefully we will have a home event.

“For us and for me it’s just about getting through this next period and enjoying these next couple of months in Europe.

“We’ve got a little bit of down time between events which is something that we hardly ever have, which is actually going to be pretty of fun; just to be able to hang out in Europe between these events and trying to figure out the end of the year when it gets a little bit closer.”

As for his plans when he eventually gets some time off, Burling is hoping to get better at some of his other hobbies on the ocean.

“I’m not sure to be honest. One of my downsides is a lot of my hobbies involve being out on the ocean as well. I’d probably end up out there, maybe not racing in a sail boat, but maybe diving or surfing. I’ve been really getting into the foil surfing recently. I’ll be trying to sharpen my skills a little bit in that department.

“But I’m definitely looking forward to a little bit of an easier summer. It’s been pretty busy times, building up to the America’s Cup and then having to jump in and really do everything we could to get ourselves in the best possible shape for the Olympics in the 49er. And also just keeping everything else going in the background.

“We’re really passionate about what we’re doing in live ocean as well. Really loving being able to give back something. We really feel like we spend so much time out on the ocean and to be able to give it a voice is something we’re incredibly passionate about as well. It’s been amazing to see how many people really share a common passion with enjoying being out on the ocean.”