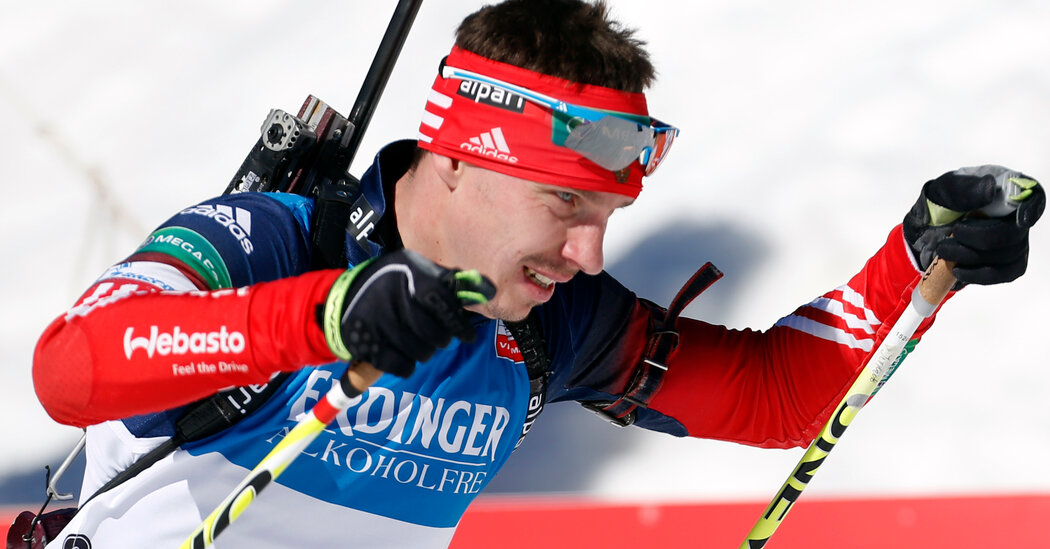 The doping scheme was created to make Russia the unquestioned champion of the 2014 Sochi Olympics, to ensure Russian dominance on home soil, to claim victories for Russian athletes, to sweep up more gold medals than any other country.

Instead, it produced a scandal with no end in sight.

On Tuesday, more than six years after the Sochi Games, Russia’s efforts to deny and defy the global sporting community’s findings about its state-backed doping program reached yet another low: The Court of Arbitration for Sport’s antidoping division stripped the Russian biathlete Evgeny Ustyugov of the medals he won at the Vancouver and Sochi Winter Olympics.

In taking back Ustyugov’s gold from Sochi, the court also effectively revoked Russia’s status as the big winner from the Sochi Games, which are now remembered not for Russian performances but for being among the most-tainted competitions in sports history.

The court’s decision, announced by the International Biathlon Union, also suggested that Russia’s punishments may be far from over. In its ruling, the court called the key whistle-blower who revealed the scandal “a credible witness who had direct knowledge of circumstances,” and said it had relied on the information he had provided.

The ruling by CAS, which confirmed a decision reached earlier this year, is another reminder of how Russia’s cheating scheme continues to alter the record books from world championships and Olympic Games long after it was uncovered in 2015. Norway, which won 11 gold medals in Sochi to Russia’s 10, is now the outright leader in golds from those Games.

In Tuesday’s announcement, the court came to the same conclusion reached by the I.B.U. in February to disqualify Ustyugov and his winning relay team in Sochi. It also stripped Ustyugov of a gold and bronze medal he was awarded at the Vancouver Games in 2010.

Russia, which is also appealing a four-year ban from global sports because of its doping activities, continues to contest much of what has now been revealed by whistle-blowers, investigators and laboratory data. Its lawyers tried to clear Ustyugov by introducing private tests, taken in 2017, that claimed his abnormal blood results were not a result of years of cheating but the natural outcome of a rare genetic advantage. That claim, which had been endorsed by senior Russian sports officials and even the country’s president, Vladimir V. Putin, was dismissed by the court.

The court’s ruling also underscored the continued importance of the whistle-blower Grigory Rodchenkov, the former head of the Moscow laboratory at the heart of the doping scheme, to ongoing investigations. In interviews with The New York Times in 2016, Rodchenkov pulled back the curtain on Russia’s huge doping program, and he continues to provide investigators with crucial details in ongoing doping cases. He is living under witness protection in the United States, where he fled shortly before revealing Russia’s doping secrets.

In the Ustyugov case, the court described Rodchenkov as “a credible witness who had direct knowledge of circumstances affecting and involving the athlete and had particular knowledge relating to the athlete himself.”

That validation of Rodchenkov’s evidence is likely to undermine appeals by other Russian athletes and also play a part in a defamation suit against him in the United States by two female biathletes. Their lawsuit is being backed by Mikhail D. Prokhorov, the former billionaire owner of the Brooklyn Nets who led Russia’s biathlon federation before and during the 2014 Sochi Games.

Biathlon was among the sports most targeted by Russia for medals in Sochi. Several Russian athletes who competed at the Games have already been linked to the doping program, and the leaders of the sport’s global governing body were forced out after prosecutors in Austria and Norway claimed that up to $300,000 had been paid to cover up doping infringements they said were carried out by Russian athletes.

The verdict against Ustyugov is also a personal blow to Putin, who had expressed his hope that genetic tests taken long after the athlete had retired would lead to his exoneration. “I think it will be a highly valid argument in this issue,” the Russian news agency TASS quoted Putin as saying earlier this year.

The court, though, paid little mind to the genetic evidence, agreeing with the I.B.U. that it was inadmissible. “The sole arbitrator is not prepared to accept the inclusion of private blood tests taken over a period of five years since the athlete retired, taken in unknown circumstances and for unknown purposes,” the ruling said.

Instead, the arbitrator said it was clear beyond reasonable doubt that Ustyugov was a part of the broader cheating program directed by Rodchenkov.

A panel of experts found Ustyugov’s so-called athlete biological passport showed an artificial spike in his hemoglobin levels before both the Vancouver and Sochi Games.

“It is difficult to conclude other than that the athlete has had the benefit of protection and support to artificially augment his performance through doping and to avoid detection,” the ruling said. “Given the diversity of support, its elaborate nature and its extent, it could not have been achieved other than with a significant degree of orchestration or common enterprise to commit the instant antidoping rule violation.”

Guided by Rodchenkov and backed by officials at the highest levels of the Russian state, the doping program was multipronged and sophisticated enough to go undetected for years. It involved protecting the best athletes by falsely reporting positive tests as negative and swapping out tainted urine samples from doping collection bottles that had been considered to be tamper-proof.

The CAS case also buttressed the continued value of a report by the Canadian lawyer Richard McLaren in ongoing Russian doping investigations. It was in McLaren’s 2016 report that the true scale of the cheating scheme was first outlined. Several more cases are expected to be heard as the World Anti-Doping Agency continues to prosecute individual athletes after identifying 578 suspicious samples from 298 athletes after gaining access to the Moscow laboratory data last year.