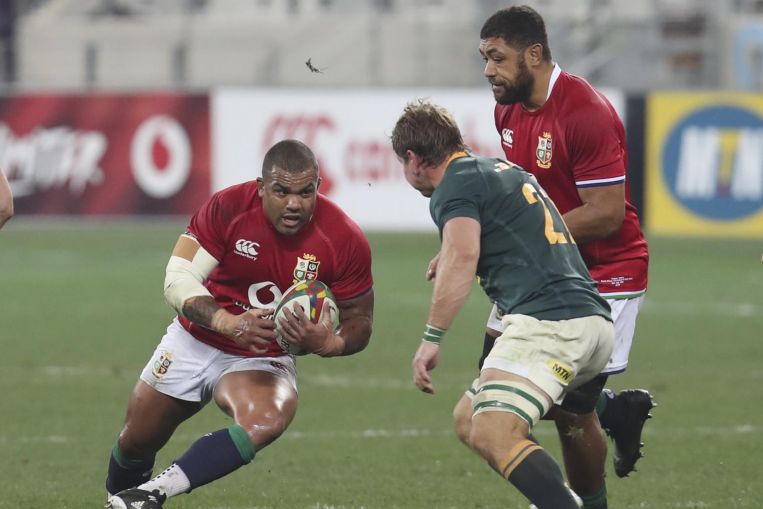 CAPE TOWN (REUTERS) – British and Irish Lions prop Kyle Sinckler has been cited for an alleged biting incident in the second Test defeat by South Africa on Saturday (July 31), on the same day fullback Stuart Hogg denied he had been involved in a similar incident.

“British and Irish Lions player Kyle Sinckler will attend an independent disciplinary hearing after he was cited by Scott Nowland (Australia) for an act of foul play contrary to Law 9.12 (biting) during the 64th minute of the second test against South Africa in Cape Town on 31 July, 2021,” a statement from World Rugby said on Sunday.

Sinckler will attend the hearing via video conference on Tuesday. If found guilty, the England front row forward could face a sanction of anything between three months and two years on the sidelines.

British media reported the prop was alleged to have bitten South Africa second row Franco Mostert’s arm during a ruck.

The Lions earlier released a statement in which Hogg denied he had bitten the arm of Springbok full-back Willie le Roux after pictures emerged on social media.

The tourists have subsequently cancelled media engagements for Monday and have not immediately responded to requests for comment from Reuters.

Saturday’s ill-tempered second Test, which was won 27-9 by the Boks to level the three-game series heading into Saturday’s decider in Cape Town, had a number of flash points.

South Africa wing Cheslin Kolbe was fortunate to escape a red card when he connected with airborne Lions scrumhalf Conor Murray. He was sent to the sin-bin.

Images on social media also showed Lions lock Maro Itoje with his knee on the throat of stricken Bok centre Damian de Allende, while home scrumhalf Faf de Klerk got away with what appeared to be a dangerous “no arms” tackle on Murray.

World Rugby have confirmed that, aside from Sinckler, no other players have been cited.

“Following a full review of the match, there are no additional citings,” their statement said.

Marc Jacobs on his facelift: Olive oil is ‘not why your neck is tight’
World News