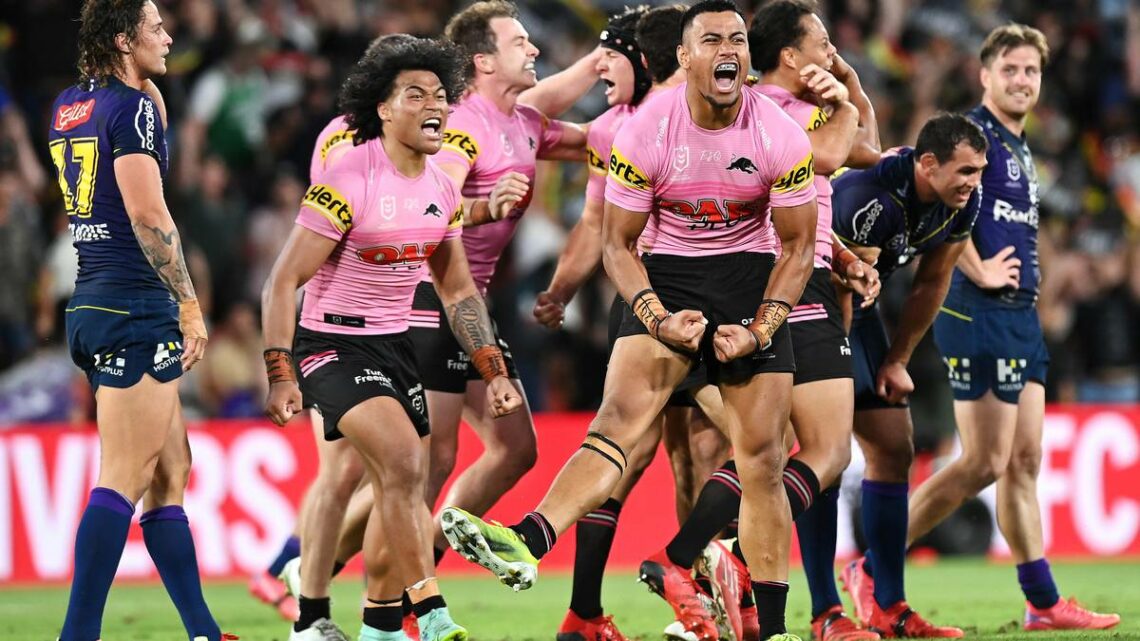 The Penrith Panthers have set up a NRL grand final clash with the South Sydney Rabbitohs after a thrilling 10-6 victory over the Melbourne Storm.

It was the ultimate revenge for the Panthers after the Storm beat Penrith in last year’s grand final.

The match was one of the great semifinals with the Panthers pulling off the stunning victory in a match that saw both sides exhausted by the end of the match.

It was a monumental victory for the Panthers, especially as the Storm had lost just three games leading up to the preliminary final, tallying the second highest amount of points in rugby league history.

The match truly had it all — controversies, incredible attack met with brutal defence in what commentators called “an absolute war”.

The loss will sting for the Storm, particularly after the gutsy effort after losing both prop Christian Welch and Brandon Smith through head injuries in the opening half.

The Panthers led 6-0 at the break, after a brilliant piece of vision from Nathan Cleary saw Stephen Crichton score in the corner and the half chipped the ball to the unmarked winger.

The Panthers’ Brian To’o scored two minutes into the second half to make it 10-0 but it was far from over.

With 15 minutes to go, the Storm made it a four-point game with Ryan Papenhuyzen scoring next to the posts.

The Storm had been struggling to get any shot at the line and it took innocuous kick from Cameron Munster that beat Villiame Kikau for Papenhuyzen to close the scoreline to less than a converted try.

However, the Panthers held on, and moved on to the grand final.

Here’s how the match unfolded: